The art of goal scoring: A tribute to Ba and Cisse’s time at Newcastle 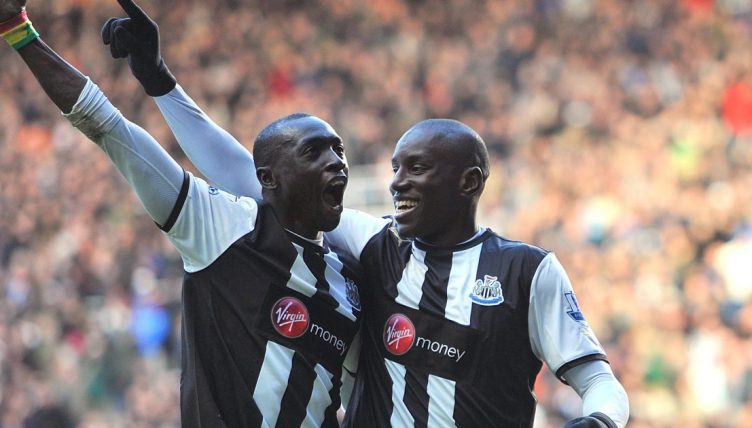 Fans of every club always dream of having a prolific striker leading their team – but in 2011-12 Newcastle United were lucky enough to have two.

Carroll was a local hero and had been regarded as the future of the club. He’d already scored 11 goals in the Premier League that season from just 18 games. Understandably, fans were once again furious with Mike Ashley.

After all, Newcastle were only halfway through their first season back in the Premier League after winning promotion the previous summer. Ashley was seen to be once again putting their future at risk, with Carroll leaving on transfer deadline day but no striker brought in as a replacement.

To make matters worse, according to Carroll, contrary to Newcastle’s claims, he was told by the club that they wanted the money and was forced to leave against his wishes, just three and a half months after he’d signed a new contract to commit himself.

The fans’ fears were realised. Newcastle won only three of their remaining 15 games in the Premier League that season without Carroll, two of them coming against relegated Birmingham.

But the Magpies still finished well clear of the bottom three themselves in 12th – and Pardew had been promised he’d be given the Carroll money to reinvest in the team that summer.

As it turns out, it was a free agent who proved to be their best bit of business.

Six months after selling Carroll, Newcastle brought in Demba Ba from West Ham after the striker invoked a release clause in his contract allowing him to leave for free.

Ba had scored seven times in 12 Premier League appearances for the Hammers after joining them from Hoffenheim in the same window as Carroll left – but only after he’d failed a medical at Stoke due to a knee problem.

So when he moves to St James’ on a free, not all supporters were convinced he was the answer.

“I am fed up with it, but people will probably talk about it all my life,” Ba said for his part. “I will prove there is no problem. You can’t stop people talking, let them talk. I am fit and healthy.”

“They will only stop asking about it if they see me playing and scoring goals. Look at the stats from West Ham last season and I did that. I will let my football do the talking.”

Sure enough, after a slow start, Ba soon proved himself the complete striker fans had been craving.

His power, finishing and explosive turn of pace made him one of the most dangerous and feared strikers in the league – he was a defender’s worst nightmare.

What a signing he was for Newcastle!pic.twitter.com/EMsrQuFixb

By the end of the year Ba had scored 14 goals in his past 13 appearances, including hat-tricks against Blackburn and Stoke.

The talisman had silenced any doubters, and no doubt much to the relief of Ashley, ensured that Newcastle fans had stopped pining for Carroll, who, incidentally, was struggling at Liverpool.

After Newcastle’s 3-0 win against Manchester United in January 2012, there was even talk of a potential Champions League finish.

Their ambitions looked to be derailed when Ba, along with Cheick Tiote, left for the Africa Cup of Nations later that month, but he returned with another gift for the Newcastle fans.

Not content with one brilliant striker, Newcastle invested £9million of the Carroll money on Ba’s Senegal team-mate and strike partner Papiss Cisse in January 2012 as they looked to maintain their push for a European place.

“Ever since Andy Carroll left, Papiss was my first choice in the specific role he has at the end of the play,” Pardew said. “He is a finisher with an established CV in the Bundesliga, where we have monitored him for the best part of two years.

“I spoke to Demba about Papiss, and he cannot wait to join up with his team-mate in Newcastle.” 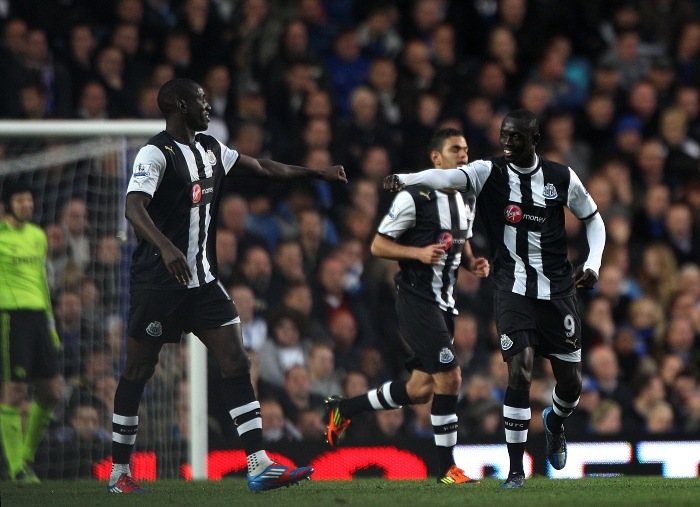 Cisse was immediately handed the legendary No.9 shirt, and like Ba, he very quickly won the hearts of the Newcastle supporters.

After coming off the bench against Aston Villa to make his debut in February, he brought down a loose ball with his chest before firing a breathtaking volley into the top corner.

Goals against Wolves and West Brom followed before he scored twice in a 2-0 home win against Liverpool.

Cisse had the Midas touch at St James’ Park; everything he touched turned to goals. And the best was still yet to come for him in a Newcastle shirt.

The striker wasn’t just a great scorer of goals, he became a scorer of great goals. Howitzers in fact.

After giving Newcastle the lead against Chelsea at Stamford Bridge in May 2012, Cisse produced another moment of genius to secure the three points in injury time.

A throw-in from the left was touched on by Shola Ameobi with Cisse lurking outside the penalty area. The Senegalese spotted the goalkeeper off his line and attempted an outrageous curling effort from the corner of the box with the outside of his right foot.

The stunned Chelsea defenders watched on in astonishment as the ball swerved viciously before landing into the top corner past a helpless Petr Cech.

It's a decade to the day since Newcastle's Papiss Cisse bent the laws of physics at Stamford Bridge.#NUFC pic.twitter.com/HRXdOMPGvG

“It was a wonderful goal. It was the best goal of my career – I was so happy to score it,” said Cisse. “When the ball came to me, I was only thinking about scoring. It was an instinctive finish.”

His 13 goals in 12 appearances fired Newcastle to fifth place as they finished above Chelsea and Liverpool and narrowly missed out on the top four.

This entertaining team had excelled against the odds and it was mainly due to the goalscoring exploits of Ba and Cisse.

While Cisse had thrived in the second half of the 2011-12 season, Ba struggled as a result.

Pardew played with a 4-3-3 formation with only one centre-forward, and it was Ba who was moved on to the wing to accommodate his team-mate.

The two greedy goalscorers both wanted to be in the penalty box and occupy the same positions; they were too similar to ever perform successfully together.

After scoring 15 goals before Cisse’s arrival, Ba would only score one more goal in the 2011-12 season.

Pardew later admitted that having these two equally talented players was like having Lady Gaga and Madonna in his squad – both wanted centre stage.

The most prolific duo Newcastle fans had seen in black and white since Cole and Beardsley, Demba Ba and Papiss Cissé combined for a staggering 29 league goals in 34 games, guiding Newcastle to their highest finish in the Premier League since 2004 (5th). pic.twitter.com/iEKRERHnML

Pardew would later try a 4-4-2 formation to fit in both of the Senegalese strikers, but they still failed to complement each other.

In 2012-13 Ba would be reinstalled to the central position and started scoring regularly again, but that meant Cisse playing on the right wing and struggling for form and confidence.

Ba’s 13 goals in the Premier League in the first half of that season led to a move to Chelsea in January 2013 and Cisse regaining his spot as the main man again, but sadly he was never able to replicate his early form in a Newcastle shirt.

And as other clubs strengthened, Newcastle failed to invest and build on their fifth-placed finish. Just two and a half years after Ba left, they were relegated to the Championship.

They’re back now, of course, but those dizzy heights of 2012 seem a long way off when Newcastle had not one but two wonderful, wonderful goalscorers.