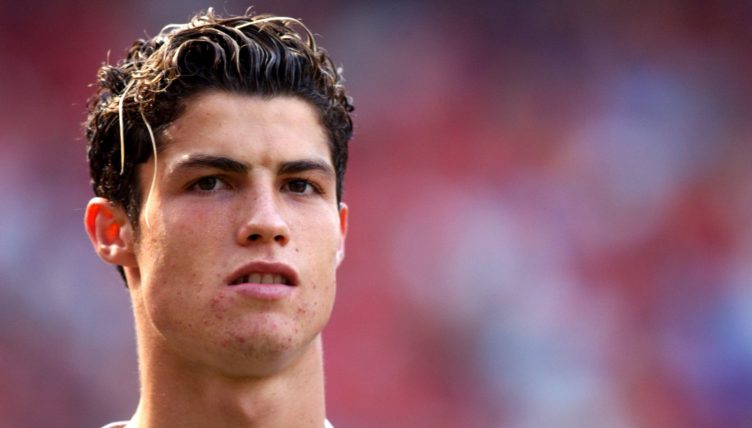 Every great story has a beginning and for Cristiano Ronaldo, it came on a memorable October night at the Estadio Jose Alvalade in Lisbon back in 2002.

That was the night Ronaldo announced himself as a star in the making, aged just 17, with a match-winning brace for Sporting that encapsulated the Portuguese’s impressive attributes while offering a glimpse of the skill set that would come to define his career; the dizzying pace and dribbling coupled with the ruthless finishing of a generational striker.

Ronaldo had made his debut just over a week earlier, coming on as a substitute for Marius Niculae with 20 minutes to go and Sporting already trailing 4-2 to hosts Braga.

Manager Laszlo Boloni had guided the club to a memorable Primeira Liga and Taca de Portugal double the previous year but Sporting made a sluggish start to the season with the Braga defeat leaving them languishing in 12th.

Boloni would ultimately depart the following summer after a campaign that saw the defending champions finish 27 points off Porto, but his final 12 months in the job were not a complete bust.

Despite a disappointing title defence, a result of the injuries and inconsistency suffered by star striker Mario Jardel as well as Porto’s imperious form under their promising young manager Jose Mourinho, the Romanian coach was still able to blood several exciting young talents.

Boloni already had a track record for giving youth a chance at the club, with the most notably beneficiary being Hugo Viana, who had played a key role in Sporting’s double-winning success, earning the midfielder the Young European Footballer of the Year award along with a lucrative move to Newcastle United in the process.

A year later, it was the turn of Ronaldo and another rising young star and fellow winger in the Sporting ranks, Ricardo Quaresma, to take centre stage.

Against Braga, Boloni had kept the handbrake on with Ronaldo left on the bench while Quaresma was deployed in an unfamiliar wingback role. However, when it came time to face Moreirense a week later, he threw caution to the wind.

This time around both Ronaldo and Quaresma were picked to start on either flank to add a little youthful zest to the Sporting attack.

Though neither Quaresma nor Ronaldo had any involvement in Belarusian striker Vitali Kutuzonov’s opener on 31 minutes, the man colloquially known as CR7 was a constant threat and would make his presence felt just three minutes later.

After nicking the ball off a Moreirense player, Ronaldo received a pass close to the centre circle, making an immediate bee-line for the opposition goal.

Moving at pace, the 17-year-old found a gap between two Moreirense players, riding an attempted tackle from one as he approached the edge of the area.

A quick stepover was enough to leave defender Cristiano Grotto bamboozled, with only goalkeeper Joao Ricardo left to beat, albeit from a slightly acute angle.

Ronaldo made it look easy though, stabbing the ball over the onrushing Ricardo and into the empty net to spark wild celebrations in the stands.

Removing his shirt before throwing it towards the crowd, the spectacular nature of Ronaldo’s first goal was not lost on the youngster or those in the stands with the Sporting faithful reacting vociferously to the solo run and strike.

It was the perfect demonstration of what was a key facet of Ronaldo the winger; a blast of pace, skill and impressive dribbling.

Reflecting on his time as manager CR7, Boloni admitted the younger Ronaldo’s penchant for dribbling had not been without its drawbacks.

“In the beginning, I had to fight with the large number of dribbles he was doing and I corrected some things. I couldn’t stop him from dribbling and other tricks,” the Romanian said.

Indeed, even in those initial years with United, Ronaldo’s penchant for all described above would, occasionally, frustrate fans. Yet the tidy finish that followed his mazy run on this occasion was another indication of his confidence and ability in front of goal.

That was evident again in the dying embers of the Moreirense match. Having won a free kick in the 90th minute, on the right-hand side of the box, close to the byline, Ronaldo was the one who rose highest to meet a cross from Rui Jorge and emphatically head home to make it 3-0.

Once again, the delight on Ronaldo’s face was clear to see, with the goal itself a showcase of the aerial ability that would help CR7 smash records at Real Madrid.

Ronaldo went on to score just once more in the league for Sporting with a further two goals arriving in the cup – he would never better that night against Moreirense.

Playing alongside Portuguese legends like Paulo Bento, Ronaldo’s professionalism and focus shone through even then with teammate Tonito recalling how he would “turn heads among the veterans” with his energy and effort in training.

“I would also give him lifts. But I’d have to wait an hour at the training ground because he never wanted to leave,” the Spaniard recalled. “I’d bang on the window of the gym and say: ‘Come on, Cris, it’s time to stop – it’s getting late!” 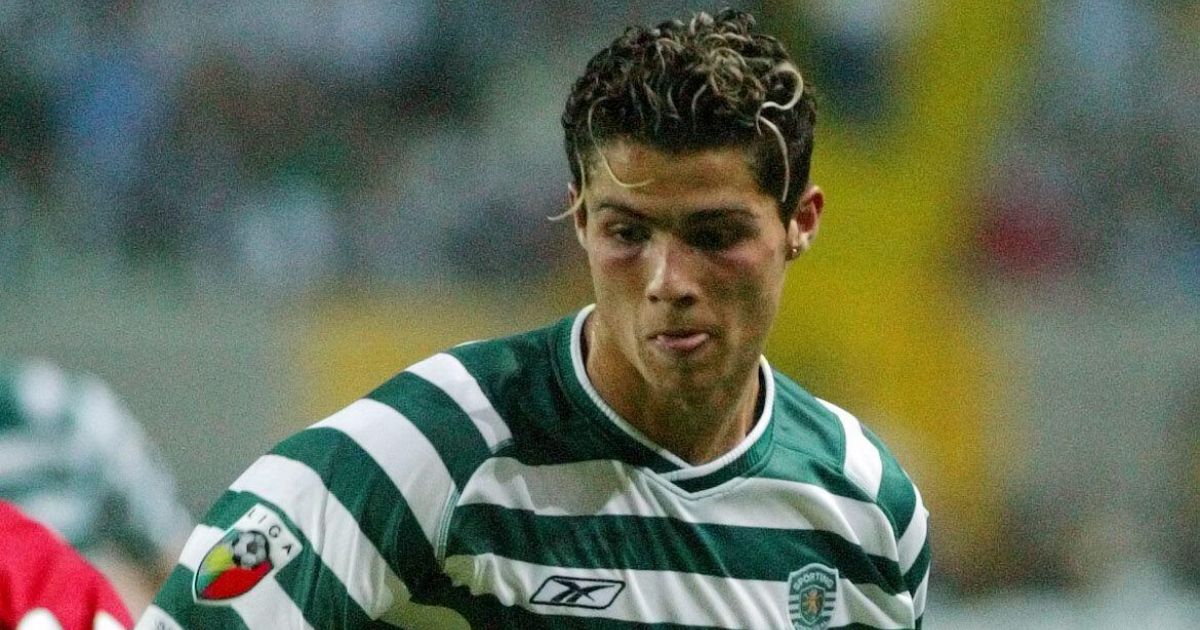 READ: When Cristiano Ronaldo gave O’Shea ‘a migraine’ in his Man Utd audition

Ronaldo was on the move within a year with Jorge Mendes touting the teenager to some of Europe’s biggest clubs, helped no doubt by footage of CR7’s two-goal audition against Moreirense.

Though he would eventually sign for Manchester United for £12.24 million after impressing Sir Alex Ferguson and his squad with a man-of-the-match performance in an August 2003 friendly, others had shown an internet.

Barcelona and Arsenal were linked while in June of that year Liverpool reportedly were close to the head of the queue for his services.

Ultimately Gerard Houllier put the brakes on the deal claiming “I saw him [Ronaldo] in the Toulon Under-21 tournament and we went for him, but we had a wage scale and we weren’t paying the sort of salary he wanted.”

The Frenchman preferred El Hadji Diouf, Bruno Cheyrou and Salif Diao. As choices go, it was a bad one.

Liverpool’s loss, meanwhile, ended up being Manchester United’s gain. Everyone knows how the story went from there and, 20 years later, it’s still going strong.

Don’t rule out a grandstand finish just yet either.

READ NEXT: Where are they now? The Man Utd Xl from Cristiano Ronaldo’s CL debut