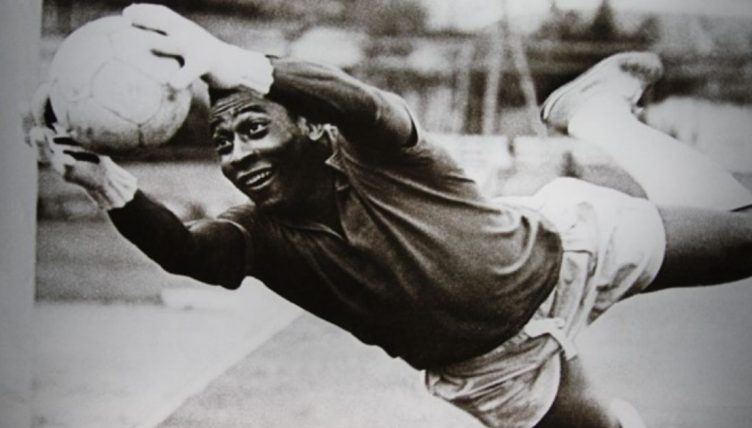 Though the exact number of goals that Brazil and Santos legend Pele scored in his career is a matter of debate, there is no doubt that he is one of the greatest.

His pure figures – 1,283 goals according to the Guinness Book of Records, 765 at a more conservative estimate – are remarkable. But he was far more.

He was a poor black boy from a deeply racist, socio-economically divided country who became the symbol of a nation and a worldwide superstar.

He was a super-human athlete – his standing jump was as high as Michael Jordan’s; he ran 100m on grass in 11 seconds.

And his football skills went beyond sticking the ball in the net. Those who watched or played alongside him will tell you of a 360-degree passer and superb dribbler. And – they’ll often tack on the end of their wide-eyed tributes – he was a great goalkeeper too, you know?

For all of his fame gained taking shots, Pele was just as fond of saving them.

In a 2014 interview with ESPN Brazil, Lima, one of o Rei’s Santos team-mates, told of how the squad would stay for a kickabout after training. Invariably, Pele would be in goal.

But it was not just for fun. Pele took his goalkeeping deadly seriously. He asked the teams specialist ‘keepers for tips and corrections; he would focus on his technique and timing.

Up until 1970, when substitutions were introduced into Brazilian domestic football, an outfielder had to go in goal if a ‘keeper was injured or sent off. For Santos, that outfielder just happened to be one of the greatest footballers of all time.

“Although I’m not that tall,” Pele wrote in his 2006 autobiography, “I was always a good goalkeeper because of my leap. Both with Santos and the [Brazilian] national team, I was always the reserve goalkeeper. I played four times in goal for the club and just once, in a friendly, for Brazil.”

The first time Pele was called to pull on Santos’ all-black No.1 shirt was in a low-key Sao Paulo state championship game against minnows Comercial. Having already scored, Pele went in goal 20 minutes into the second half and did not concede.

The second time he slipped on the gloves on, though, the pressure was far greater. In the Pacaembu stadium in the city of Sao Paulo, Santos were playing the second leg of the semi-final of the Brazilian Championship in front of more than 60,000 people.

The 1963 edition of the tournament had run into the first month of 1964 and Santos came up against Gremio for a place in the final.

Gremio were a fine side. They had won the Rio Grande do Sul state championship earlier in the year and come past two other state champions in Metropol and Atletico Mineiro to reach the last four.

In the first leg, though, Santos were too good. The world’s best had faced up to them and all fallen. Santos had won three consecutive Brazilian Championships, two consecutive Copas Libertadores, and two consecutive Intercontinental Cups. 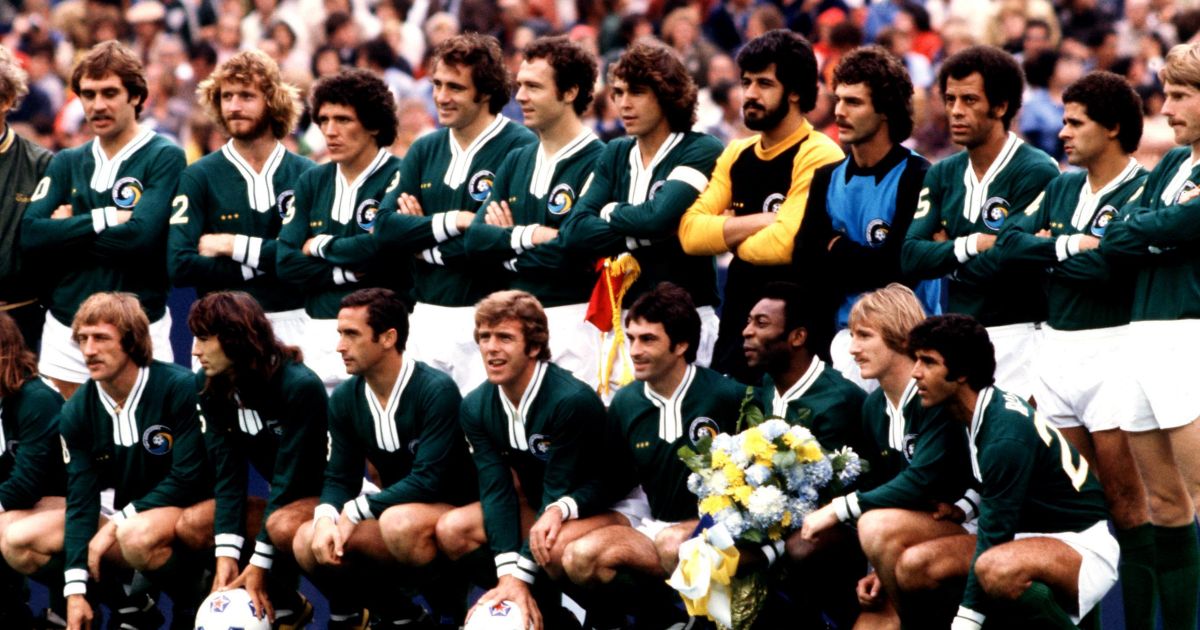 Paulo Lumumba opened the scoring for Gremio in the sixth minute, but Pele and Coutinho were irresistible, the former getting one goal and setting up two for the latter.

So good was he that the Jornal do Brasil the next day wrote that by the end of the game the “fans of Porto Alegre shouted ‘ole’ and applauded Pele’s play.”

But back at the Pacaembu three days later, the story was reversed. Santos opened the scoring after six minutes through a typical rocket free-kick from left-winger Pepe. But Gremio came roaring back, scoring three in six minutes as Santos’ defence disintegrated.

The momentum swung in Gremio’s favour and more chances were created. But momentum was not enough. Santos had Pele.

With half an hour gone, Pepe burst past his marker and was brought down. Most were unsure whether the foul had happened inside or outside the box. The referee was not. He pointed to the spot.

Pele stepped and scored, only for the referee to force a re-take for encroachment. Pele stepped up again and the ball hit the net again. Half-time, 3-2 to Gremio, the game was in the balance.

“But [in the second half],” read a newspaper report the following day, “Santos’ advances became much more dangerous and the infiltrations more constant and quicker.”

Thirteen minutes after the break, those infiltrations paid off. Coutinho pulled out to the left to get the ball, Pele burst forwards from deep, Coutinho cut it inside to him and Pele dispatched it into the corner.

The game was open, both sides looking to score. “It was a spectacle of football,” said the match report. Neither side could convert, though, until Pele got another chance from 12 yards. The King had won it – nicking the ball off a defender, dribbling into the area and being shoved to the ground – and he converted it.

Then, with four minutes of normal time to go, Santos goalkeeper Gilmar supposedly swore at the referee. Gilmar later denied having said anything, but he was immediately sent off. Pele’s time at the other end had come.

#Pelé as goalkeeper during the match #Santos v #Grêmio at stadium #Pacaembu, in 1963. pic.twitter.com/ZvoMZkFJwN

“The Pacaembu celebrated,” read another report, “Because Pele wore the black jacket of the stopper.”

Gremio pushed and pushed for another goal, but their path was blocked.

“Gremio were a great team,” Pepe recalled years later “They really made us work. Pele pulled on a black shirt with long sleeves, I remember it until today. It was Gilmar’s. He made great saves, two incredible, at least, to keep the score as it was.”

Another said: “O Rei, proving that he is a genius, made two great saves, especially one in which he threw himself, cat-like, at the feet of Joao Severiano, who looked certain to score.”

After a long season – in which they had win the Torneio Rio-Sao Paulo, beaten Boca Juniors in the final of the Libertadores and overcome the great AC Milan in the Intercontinental Cup – Santos had finally passed one of their toughest tests, thanks to the King.

The final would be far more straightforward. Over two games, home and away, Santos put eight past Bahia with no reply, Pele getting four of them.

In recorded games, Pele would go on to play twice more in goal for Santos, both times in friendlies. But those who toured the world alongside him remember him pulling on that black shirt on perhaps a dozen other occasions, mostly in Africa, often at the behest of sponsors who paid for Santos to come to town.

And the goalkeeping gene was passed on. From 1994 until 1998, Pele’s son Edinho was the Santos No.1, occupying the same goal as his father had thirty years prior.

He never reached the same levels of footballing brilliance as Pele, but Edinho was an important part of the team that finished as runners-up in the Brazilian Serie A in 1995.

Pele, for his part, would continue playing in goal, casually at least, for as long as he managed to play the game that made him. In Santos, he could sometimes be seen on the beach with friends diving around stopping shots for hours, reliving those glorious moments at the Pacaembu in January 1964.