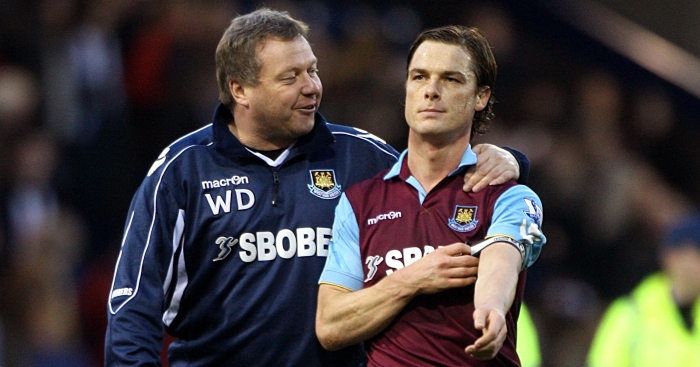 The current trend for elite clubs to appoint former players as their manager is one of the more baffling of modern times.

On some levels it makes sense; managerial experience is no guarantee of success and there is merit in appointing somebody who understands the ethos of the club and can connect with a disillusioned fanbase.

On the other hand, it’s lead to a situation where Frank Lampard has been identified as Chelsea’s answer to Pep Guardiola.

One player who always seemed destined for management was Scott Parker. Blessed with hair that ranged from American GI to Battle of Britain combatant, Parker appeared to be a model professional throughout his career (we’ll studiously ignore the time he handed in a transfer request at Charlton while still wet from his post-match shower).

It was at Upton Park where Parker morphed into the type of superhero usually preserved for Marvel comics. He joined West Ham in 2007 as part of an unprecedented spending spree that saw experienced Premier League performers like Lucas Neill, Craig Bellamy and Kieron Dyer join the club.

This being West Ham, their Icelandic owners lost their fortune during the 2008 credit crunch and the club were plunged into crisis.

As West Ham got poorer, and the team gradually began to match the perilous state of the club’s finances, Parker became the undisputed talisman of the side.

He won the Hammer of the Year award three years running, although this becomes less surprising when you consider his midfield contemporaries included club legends like Radoslav Kovac and Luis Boa Morte.

By February 2011 the situation had become desperate. West Ham were anchored to the bottom of the league and, even more impressively, were the worst team beginning with W in a bottom four also containing West Brom, Wigan and Wolves.

Having dispensed of Gianfranco Zola the previous summer, the Hammers were supposedly led by Avram Grant. Fresh from relegating Portsmouth the season before, Grant’s backers claimed he possessed a warm sense of humour behind closed doors. Unfortunately, on the touchline, the Israeli exhibited all the charisma of Michael Owen discussing home insurance.

Demba Ba scored two goals with @CarltonCole1 getting the other. pic.twitter.com/FtLr8iiKR3

Things came to a head during a relegation six-pointer at The Hawthorns. With the recently appointed Roy Hodgson overlooking proceedings, West Brom raced into a 3-0 lead before the interval.

With a defence marshalled by Winston Reid, who spent his debut season in east London doing a passable impression of Gary Breen, West Ham were in danger of the kind of humiliation that can torpedo a whole season.

Enter Scott E. Parker. As the team returned to the dressing room at the interval, needing the equivalent of Apollo 13 fired up their backside, the midfielder gave the kind of motivational pep talk normally reserved for residents of Albert Square.

“Scott was in the zone – I’ve never seen him like that. If you were there you would have had a tear in your eye, Carlton Cole told BBC Sport after the game.

“He showed a lot of passion in the changing room and it spurred us on. We did not want to disappoint ourselves, the manager, our families and the fans.

“I know you could say that if you are a professional footballer then you should have that in you anyway, but sometimes you need your captain to step up like that.”

Real tear-jerking stuff. We only hope Mark Noble was in the background piping in some Original Pirate Material while Parker rallied the troops.

His team-talk saw West Ham start the second-half in some sort of trance. Demba Ba, possibly the one unqualified striking success of the past decade, latched on to a Noble pass and turned the ball past Boaz Myhill.

West Brom became increasingly flustered and their lead was further narrowed soon later. Frederic Piquionne, sent off for overzealously celebrating a late non-winner at Everton a few weeks earlier, was left unmarked near the byline and headed the ball across the area. Showing scant regard for his own safety, Cole flung himself at the ball and nodded home.

In direct contrast to many overhyped stalemates, this relegation dogfight was turning into an advert for end-to-end excitement. Piquionne hit the crossbar while West Brom, who had looked secure before the break, were hanging on desperately.

They wouldn’t make it. With eight minutes left, Jonas Olsson lept up to head Noble’s hooked cross away from danger. Unfortunately for the Sweden international, he diverted the ball directly to Ba who lashed a volley past Myhill to cap an improbable turnaround. 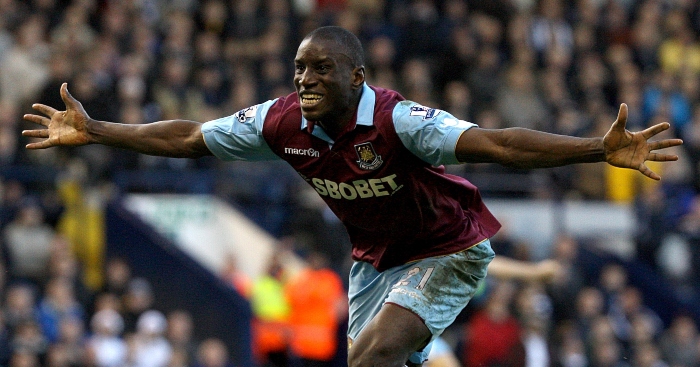 Directly behind the goal, the travelling West Ham fans experienced a collective orgasm. With their new striking hero completing a morale-boosting comeback, inspired by a talismanic England midfielder, hopes were raised of an unlikely escape from relegation.

True to form, West Ham acquired eight points over the rest of the season and finished dead last – their relegation confirmed by a hubristic defeat at Wigan upon which Avram Grant was sacked immediately after the final whistle. Only an intervention from Parker allowed him to travel on the team bus back to London.

In danger of becoming Quasimodo after carrying the club for so long, Parker moved to Tottenham in August 2011. While some fans resented his departure to a hated rival, the majority did not begrudge the Football Writer’s Player of the Year moving to a stage more befitting of his talents.

It’s no surprise Parker is blossoming into a fine manager at Fulham – he had plenty of practice with West Ham’s ragtag team.