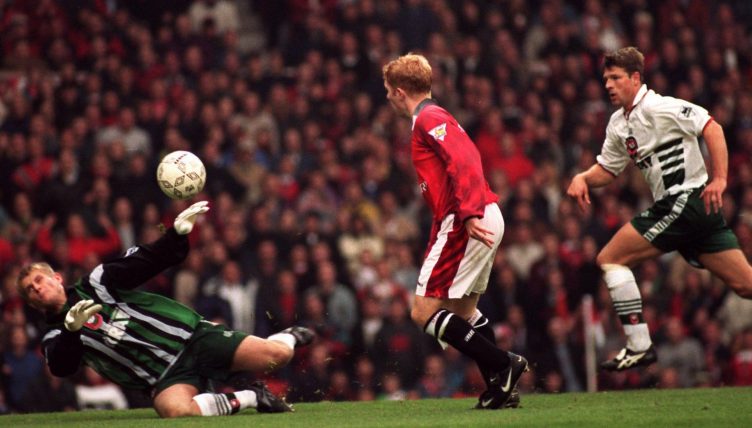 Paul Scholes was a very good footballer. This may be akin to announcing the sun is hot or that Mrs Brown Boys is an objectively terrible programme, but some things are worth re-stating.

The ginger maestro was the fulcrum of the Manchester United midfield during their golden age under Sir Alex Ferguson and provided exquisite passes, regular long-range howitzers and the occasional rash tackle.

The great Sir Bobby Charlton once said: “I have no hesitation in putting a name to the embodiment of all that I think is best about football. It’s Paul Scholes.

“Many great players have worn the shirt of Manchester United. Players I worshipped, then lost with my youth in Munich. Players like Denis Law and George Best who I enjoyed so much as team-mates and now, finally, players I have watched closely in the Alex Ferguson era.

“And in so many ways Scholes is my favourite. I love his nous and conviction that he will find a way to win, to make the killer pass or produce the decisive volley.

“When a game reaches a vital phase, these qualities seem to come out of his every pore.”

Needless to say that United fans, and most neutrals, loved watching Scholes play just as much as Sir Bobby did. He’d regularly provide moments that were *cliche alert* worth the admission fee on their own.

For evidence of this, look no further than this filthy first touch against Barnsley in October 1997.

Scholes was in his element during this period. Playing further forward than he would later in his career, Scholes was given licence to inflict danger on the opposition defence, as the Barnsley players would soon discover.

Starting the move in his own half, Scholes moved the ball forward to Andy Cole and continued his run with the purpose of a man rushing to the bar before last orders.

Cole passed to Ole Gunnar Solskjaer, who released the ball into the path of Scholes, finding himself one-on-one with a floundering Barnsley defender.

Some players would choose to dribble around their opponent, others would attempt a first-time shot in a blind moment of panic.

Scholes had the clarity of mind and the right amount of ice in his veins to think differently. Using his educated right foot, Scholes took one touch to divert the ball away from his adversary, leaving the defender haring in the opposition direction.

It deserved to be finished off and Scholes took an extra touch before dinking the ball over the despairing goalkeeper.

He scored more spectacular goals during his career, but this first touch was the clearest indication of what Paul Scholes was all about.

This first touch by Paul Scholes vs Barnsley is 23 years old today.

READ NEXT: A tribute to young Paul Scholes (he scores goals) at Manchester United