Forget about Maldini’s defending and just *look* at his wondergoals 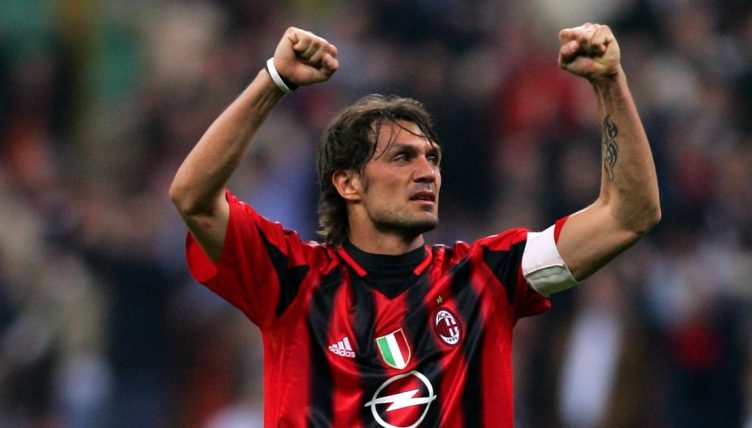 When reflecting on Paolo Maldini’s Milan career, it’s easy to get lost in the sheer vastness of it all.

If you grew up watching Maldini in the 1990s, you’ll picture Maldini as a marauding left-back, a defender playing ahead of his time as part of Arrigo Sacchi’s revolutionaries. Those of us more familiar with Maldini in the 2000s view him as quite possibly the pinnacle in that lineage of painfully classy Italian centre-halves: Franco Baresi, Alessandro Nesta, Fabio Cannavaro – above all, Paolo Maldini. Always Maldini.

In which position was he better? That’s missing the point. As Ray Wilkins, who played alongside a young Maldini at the San Siro put it: “If he wanted to play centre-forward, he could. He literally had it all.”

Goalscoring is not a trait Maldini is particularly associated with. Those 902 club appearances produced 33 goals, roughly one every 27 games. Yet when Maldini did put the ball into the back of the net, he often did so with the same grace with which he thwarted Alessandro Del Piero, Ronaldo, Roberto Baggio, or anyone else brave enough to take him on.

He had to wait until his 86th Milan appearance before scoring his first goal at the San Siro, but he ensured it was worth the wait, arrowing the ball past a despairing Nicola di Leo in the Avellino goal. Rete!

For such a relatively unprolific goalscorer, Maldini’s ability to shoot with both feet was frightening.

Naturally right-footed, as a teenager Maldini recognised the quickest route into Milan’s first team would come at left-back so got to work on improving his left foot until you could barely tell the difference between the two.

That came in handy when, three years after that strike against Avellino, the ball presented itself to be struck from a similar position but on his opposite side against Torino.

Goalkeeper Luca Marchegiani’s fury was probably justified. He’s busy trying to deal with Marco van Basten and Ruud Gullit in attack, only for a defender to step forward and do this.

Come his transition to centre-back, Maldini was given less licence to bomb forward, but that didn’t mean he lost his knack whenever he did get the chance.

We’re not sure what exactly it was about Maldini’s goals that pissed opposition players off quite so much, but Parma were left feeling the same helpless frustration after watching him rifle another goal in from the edge of the area with his right foot.

The goals we’ve seen so far have been almost out of character for Maldini, violent lashings into the roof of the net, prompting anger and exasperation.

Maldini, after all, is ultimately remembered for, well…for being cool as fuck. To him, the rough and tumble of defending was always unnecessary. “If I have to make a tackle then I have already made a mistake,” he famously said.

So let’s end with a goal that’s in keeping with that attitude, featuring a cheeky nutmeg and a finish into the far corner that suggested this is simply what he did every week, rather than once a season.

It seems right to give the last word not to Maldini himself but instead a player who knew not only a great deal about scoring goals but also just how good Maldini was as a defender: Alessandro Del Piero.

“There are great players and there are world-class players. Then there are those who manage to go beyond that term. Paolo is the perfect example. He is the symbol of Milan.”

We couldn’t have put it better ourselves.