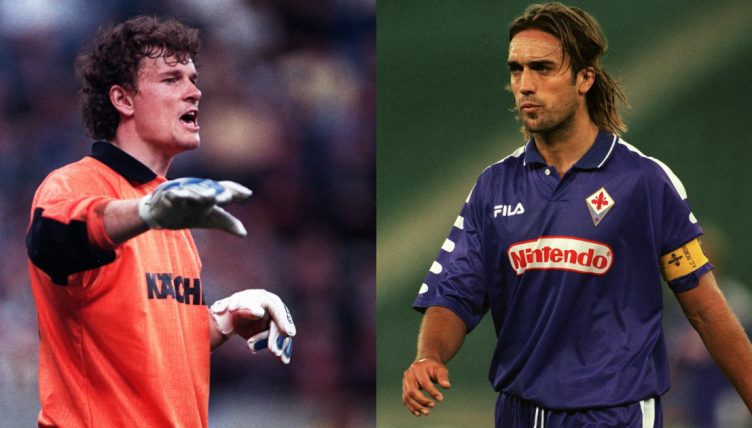 Jens Lehmann once said: “Goalkeeping is like extreme sports sometimes – you have to let yourself go.”

It was an apt mantra for the German shot-stopper, who never shied away from taking risks. For the most part, Lehmann’s maverick behaviour between the sticks paid off.

At Arsenal, he rode on the crest of a wave as the Invincibles’ No.1. He also set a Champions League record for the most consecutive clean sheets, going 10 games without conceding in 2006.

But when Lehmann crashed and burned, he did so spectacularly.

Few will forget the 2006 Champions League final and the red card he received after just 18 minutes. Yet arguably his most chastening experience came way back in 1998 at AC Milan.

Many casual fans probably didn’t even know Lehmann played for the Rossoneri. That should give you an idea of how well it went.

Back in the late ‘90s, Serie A was the undisputed best league in the world. It was the league where football’s biggest and brightest went to test their mettle. A place where reputations were made but also broken.

Dennis Bergkamp and Thierry Henry endured difficult spells in Serie A with Inter Milan and Juventus, respectively, before rebuilding their careers at Arsenal.

Sandwiched somewhere in between came Lehmann’s stint at AC Milan. And it was worse, much worse.

Lehmann arrived in the summer of 1998 as the man earmarked to replace club icon Sebastiano Rossi. Rossi had won every major honour imaginable with Milan in 1990s and set a Serie A record after going 11 games – 929 minutes to be precise – without conceding a goal.

But the latter half of the decade had seen Rossi’s form go off a cliff. A replacement was needed but, despite the presence of Christian Abbiati in the reserve ranks, the club cast its net abroad in search of a new shot-stopper.

Lehmann was seen as the ideal candidate. A graduate of Schalke’s famed Knappenschmiede academy, Lehmann overcame a few initial hiccups with the German outfit to become the club’s undisputed No.1.

By 1997 he was at the peak of his powers; UEFA Goalkeeper of the Year and a UEFA Cup winner with Schalke, who had defeated Roy Hodgson’s Inter on penalties. Lehmann was the hero, saving two penalties, including Ivan Zamorano’s decisive spot-kick, to secure the trophy. 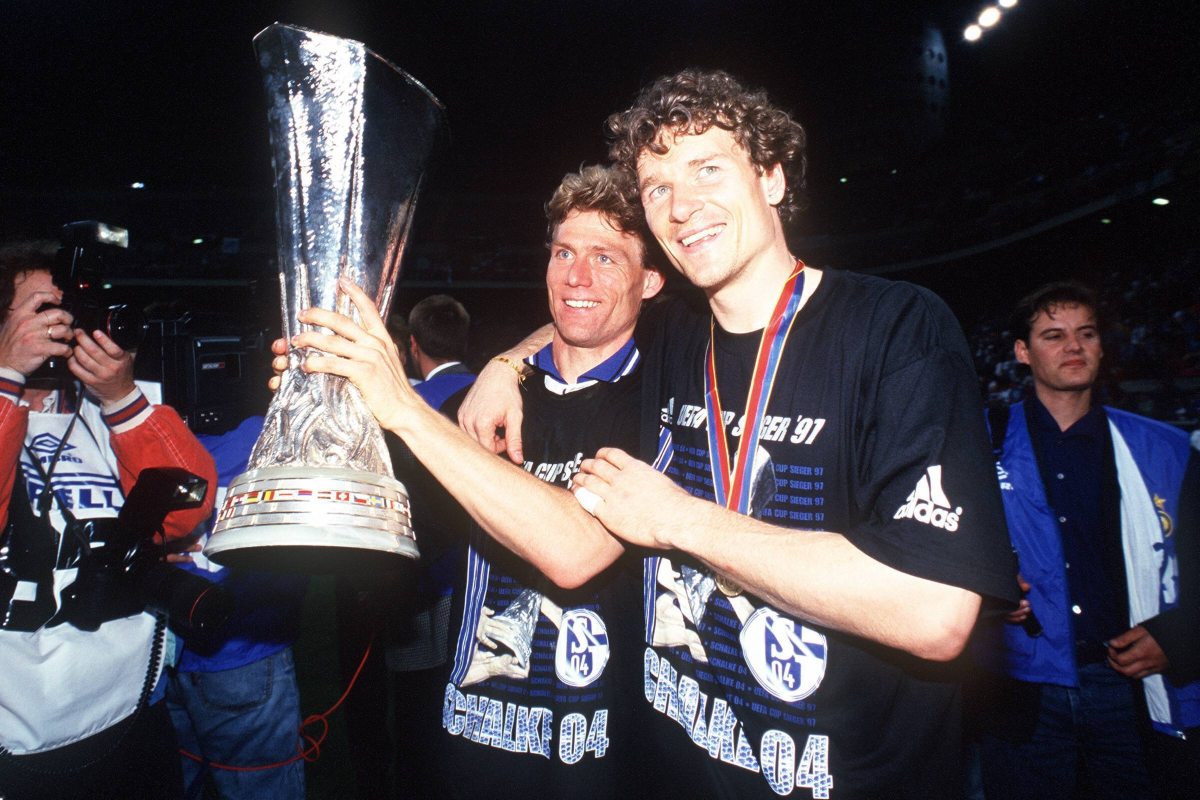 Within a year he was heading for Milan, with the Rossoneri only too happy to pick up a player who had stopped their San Siro rivals from securing some much-needed silverware.

Lehmann joined a club undergoing something of a revolution. Former manager Fabio Capello was gone, fired after guiding Milan to a lowly 10th.

In his place came Alberto Zaccheroni, fresh from an impressive spell with Udinese, who had finished a best-ever third in Serie A the previous year. With him followed the league’s top scorer Oliver Bierhoff and versatile Danish full-back Thomas Helveg as well as attacking midfielder Guly from Gimnasia in Argentina.

The campaign began positively enough, with AC Milan winning their opening two games against Bologna and Salernitana. That was as long as Lehmann’s honeymoon lasted, however.

Fiorentina were coming to town on matchday three, and the next 90 minutes defined Lehmann’s AC Milan career.

He was facing off against Viola team nearing their ‘90s peak. Manager Giovanni Trapattoni had been drafted in that summer with the mission of turning Fiorentina from also-rans to Serie A title contenders.

He certainly had the personnel to do so, with the mercurial Manuel Rui Costa pulling the strings in the midfield and Gabriel Batistuta scoring from every angle. While Fiorentina ultimately fell short, Batigol still ended the season with 26 goals, despite missing a month through injury.

That sunny afternoon at the San Siro lived long in the memories of both Lehmann and Batistuta for altogether different reasons.

It wasn’t just a test of Milan’s title credentials, it was a test of Lehmann’s abilities against the very best in the business and, boy, did he fluff his lines.

It took just six minutes for the Argentine to strike. Bearing down on the Milan goal, Batistuta was given an unfathomable amount of time and space to line up a shot.

If you wanted to be kind to Lehmann, you might say Batistuta’s effort on goal was simply too hot to handle – he was famed for his powerful shot after all. But replays of the strike do the German few favours, with Lehman appearing to be guilty of letting the ball squirm beneath his grasp.

Despite this early setback, however, AC Milan dominated the rest of the half and could consider themselves unlucky to go in 1-0 down at the break.

As the second half began, Zaccheroni must have been hoping for a response. It took just one minute for him to get one from Lehmann. It wasn’t good.

Picking up the ball on the right-hand side of the Milan box, Batistuta found himself pushed out wide by the legendary Alessandro Costacurta.

A neat bit of footwork gave Batigol a glimmer of space but even then, he was shooting from an almost impossible angle, with Lehmann covering the slither of goalmouth he had to aim for.

But this was Batistuta, a striker who lived by the old adage, ‘If you don’t buy a ticket you can’t win the raffle.’

Hitting the ball with his familiar force, the Argentine was rewarded for his endeavour with a goal. Once again, the replays made for uncomfortable viewing for Lehmann, who was guilty of letting the ball slip through his legs and into the net.

Milan had an effort cleared off the line in the minutes that followed before Lehmann’s nightmare afternoon was completed.

This time the threat came from Rui Costa, attacking down the left-hand side of the box. Initially, the danger appeared to have passed after Demetrio Albertini expertly intervened to send the ball back to Lehmann.

But then disaster struck: Lehmann picked it up, having seemingly stepped inside a time machine to a period when the back-pass rule didn’t exist.

A close-range indirect free-kick was duly awarded, with Batistuta firing the ball into the roof of the net to complete his hat-trick and make it 3-0 with more than half an hour to play.

Again, Zaccheroni’s pained expression on the touchline said it all.

Zaccheroni was within his rights to haul Lehmann off, but the German lumbered on as Milan continued to huff and puff, eventually pulling a goal back via a Bierhoff penalty to finish the game with a 3-1 defeat.

Fans and pundits were in no doubt as to the architect of this disastrous defeat.

Yet despite his inept showing, Lehmann somehow remained Milan’s first choice for their next game against Venezia, getting things back on track with a steady 2-0.

The final straw came soon enough, though, against Bologna.

With just 19 minutes on the clock, a lofted cross into the box caused chaos in the Milan ranks, with Lehmann making the most pathetic of attempts to claim the ball. In the ensuing chaos, Bruno N’Gotty’s tame headed clearance fell to the feet of Tiziano De Patre, who wasted little time in prodding it home into the unguarded net, beyond the grasp of the despairing Lehmann.

Zaccheroni did not even give him the opportunity at redemption, subbing Lehmann off with an apparent “injury” for the veteran Rossi. That Rossi saved the subsequent spot-kick only compounded the misery further.

Lehmann may not have realised it at the time, but his Milan career was as good as over. Not that Rossi’s redemption lasted much longer, either.

On matchday 17, he was sent off and banned for five games after striking Perugia’s Cristian Bucchi while the forward was attempting to retrieve the ball from Rossi’s net.

Abbiati ended the season as first-choice goalkeeper. Whether Lehmann might have been given a second chance is unclear, but the German was already gone by then. With no visible route back into the first team, he had taken up an offer to return to the Bundesliga with Borussia Dortmund, his beloved Schalke’s great rivals.

Lehmann, you will be unsurprised to hear, batted away any criticism. “I’m part of the business,” he said. “I am a professional. In that sense, it’s quite a natural thing to do.”

The rest, as they say, is history. Lehmann went on to win the Bundesliga with Dortmund before moving on to Arsenal. In his absence, AC Milan also went on to narrowly beat Lazio to the Scudetto in 1999.

Maybe that’s why this brief blip has largely been consigned to the history books. Well, for everyone except Lehmann, at least.

Reflecting on the move in an interview with Marca years later, he revealed he actually turned down Real Madrid in favour of moving to Milan.

“During that summer, a leader from Real Madrid had called me to check my availability to play at the Bernabeu,” he said. “However, I preferred to join Milan because the Serie A was considered more competitive than La Liga.

“To accept that playing for the Rossoneri was a mistake, I would have had to sign for the Meringues.”