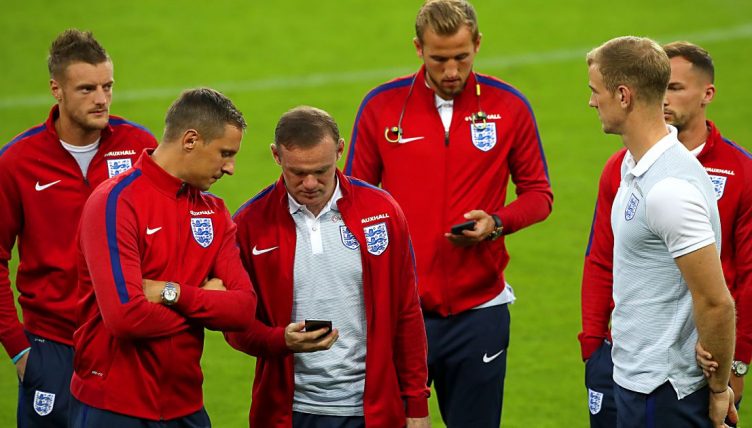 In 2021, where social media engagement appears to matter to some boardroom suits more than winning trophies, it’s unthinkable that Twitter was once something mistrusted by football clubs.

The platform has grown into something that clubs – or rather, ‘brands’, sorry – have fully taken on board, but it’s lost a sense of fun since people have learned what they’re doing with it.

A video of Manchester United’s Media CEO Phil Lynch outlining their players’ ‘social strategy’ recently went viral on Twitter – in no small part thanks to Gary Neville lambasting him for “creating robots on and off the pitch”.

“There are characters inside the Manchester United dressing room that I greatly admire not just for their football abilities but their human qualities — vulnerabilities, resilience, sense of humour and all the things that make them distinct. I don’t recognise them at all when I see some of their social media posts,” Neville wrote in his Times column.

“I see vanilla, sanitised messages. I read apologies that don’t come over sincerely to me or any United fan. I see half the dressing room posting almost identically-worded tweets like they are reading off a script.”

The offending clip, in which Lynch talks about “understanding what narrative they want to tell” is all well and good on LinkedIn and at conference facilities at Hotel Football, but putting it out into the wider world was crowbarring the lid off a barrel of toxic waste – a kind of media management spiel that’s an alien language to actual humans.

Lynch unintentionally exposed how the sausage is made – tweets that have been perfectly crafted to game the algorithm, workshopped to death, entirely devoid of meaning. It’s like Mark Zuckerberg asking a team of 12 consultants to make him appear relatable – “how do adult males speak?”

You can recognise it in a wider media landscape whereby cliches and stock phrases are so routinely trotted out in footballers’ interviews that it’s rare and refreshing to hear them speaking with insight or personality – Kelechi Iheanacho, Patrick Bamford and James Maddison have all sent shockwaves over the past year by sounding like people.

It’s not to say that this era of carefully managed social media profiles hasn’t produced some wonderful moments of unintentional comedy.

Sunderland’s Victor Anichebe infamously posting “Can you tweet something like…” before the most generic ‘we go again’ statement birthed a new genre of gaffes, underlining why players and clubs feel that it’s necessary to get more media-savvy professionals in to manage such affairs – although they too have proven prone to mistakes.

Nothing can beat Joe Hart’s ‘team’ posting “job done” after Spurs disastrously exited the Europa League with a 3-0 defeat to Dinamo Zagreb last season – before a textbook ‘fronting up’ apology from the man himself the following morning.

The PR fail blunder that resulted in Bruno Fernandes posting “Gooood Vibes” alongside a picture of five Arsenal players shortly after United’s 2-0 defeat in the Manchester derby ran it close, though. It was promptly deleted and reappeared a short while later, where originally intended, on Gabriel Martinelli’s feed.

It’s fun to see such mistakes shine a light on just how vapid such posts are, but they have nothing to do with footballers or football.

Nothing will compare to the early days of Twitter, before PR firms took control, and we were given an unfiltered insight into the people behind the players.

More often than not, the tweets were entirely banal, but in a human way, often indistinguishable from a mate from school you hadn’t seen in 10 years but still received updates from on their nights out or opinions on telly.

No one exemplified this better than the Boy Prince of early football Twitter, Wayne Rooney, who mercifully hasn’t deleted his decade-old posts.

Me and Joe hart having a few beers. Oooossssshhhhh

Anyone know whrn the premier league startet. What year.

Rooney’s greatest hits – his tribute to Whitney Houston, his ode to Mr. Bean, replying to himself that he’ll “put u asleep within 10 seconds” – are likely still retweeted onto your time timeline every so often, punctuating a feed of content that’s probably otherwise painfully self-aware and painstakingly crafted.

There was nothing professional about Rooney’s tweets, but there was genuine authenticity and charm to them you seldom see anymore.

Even half-assed sponsored tweets were endearingly naff – the antithesis of the glossy influencer marketing campaigns that are inescapable these days. You can’t imagine Kylian Mbappe tweeting this for FIFA 22, can you?

Fifa#12 best yet available to buy now. Its in the game

Alongside the banality, Rooney’s feed also occasionally touched on things a little more meaningful – insight into the routine of a top-level professional, the Hillsborough trial, or an adorable candidness about getting a hair transplant.

It’s clear that none of the tweets were drafted in any great detail, but they were honest and all the better for it.

Just have to say 12 o'clock kick off is no good for players. Trying to force pasta down at 9 in the morning is not nice.

Just to confirm to all my followers I have had a hair transplant. I was going bald at 25 why not. I'm delighted with the result.

“There is increasingly a sense of rawness to the interaction between players, fans and media,” wrote Barney Ronay in The Guardian, just as the platform was gaining momentum in 2011.

“In the most carefully insulated of major sports, Twitter seems to be altering subtly the established dynamic.

“It is not perhaps yet a tipping point to rank alongside the great staging points in the ascent of the modern superstar footballer, but Twitter is doing one thing: giving players a voice again, unmuzzled by the marketing structures of the plc club.”

A decade later, it’s impossible to argue that remains the case. Rooney was the king, but he was far from the only one treating us to such nuggets. It’s just what Twitter was like before everything became cynically created for good numbers on an engagement spreadsheet.

I had spaghetti and it was very nice i enjoyed it

Just watching Ice Road Truckers. These people r crackers! Some of these roads are a joke!!!

By no means was it perfect back then. It’s to the company’s shame that the problem of abuse isn’t close to being fixed 10 years later, and is arguably more prevalent today. But it was also an issue then, with players such as Darron Gibson getting bullied off the platform after setting up accounts.

Without the training or the filter, vile and inexcusable tweets were much more commonplace, with players – such as Federico Macheda for homophobic posts – routinely charged by the FA.

But away from the more seriously egregious examples, there were plenty of ill-advised posts that were undeniably funny, such as Ryan Babel posting a picture of Howard Webb photoshopped into a Manchester United shirt with the caption: “And they call him one of the best referees? That’s a joke. SMH.”

On this day 10 years ago, Ryan Babel was fined £10,000 for posting this image of Howard Webb following an #LFC loss to Man United

He became the first footballer punished for a tweet.

Anyone would be up against it sitting next to Jamie Redknapp (good looking lad). Feel a bit for Joe Cole here…..#sloppykipper

“I don’t understand it, to be honest with you. I don’t know why anybody can be bothered with that kind of stuff,” Sir Alex Ferguson responded after Rooney’s famous ‘put you to sleep’ tweet.

“How do you find the time to do that? There are a million things you can do in your life without that. Get yourself down to the library and read a book. Seriously. It is a waste of time.”

Ferguson reportedly threatened his players with a ban but never followed through with it. Unlike Leeds United manager Simon Grayson, who forced all of his players off the platform after striker Davide Somma divulged information about the full extent of a serious injury he’d suffered.

“The guidelines are there for the lads to follow, but if they can’t be followed then I’m simply not having it,” Grayson said. “I have told them I don’t want them using it.”

In the end, players evidently took on the guidelines and started outsourcing their social media profiles to savvier operators. And here we are.

Fortunately, the internet never forgets, and there’s still an absolute goldmine to trove through from Twitter’s early glory days.

There was a time when players were allowed to “tell their narrative” by just being themselves, for better or worse, and I really miss it.