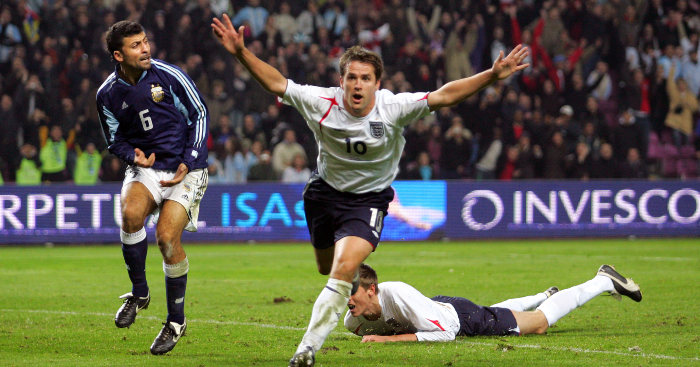 One of the lessons you learn as a football supporter is to cling onto moments of hope.

With the majority of us supporting clubs with minuscule levels of success, it pays to treat joyous moments as cherished trophies in their own right.

This tendency is multiplied when it comes to England. With the heroes of 1966 sadly succumbing to the passage of time, individual games and moments have been placed on a pedestal to compensate for the bi-annual disappointment of tournament failure.

While the 5-1 in Munich is still fetishised, German fans look in bewilderment – both teams qualified for the 2002 World Cup anyway, and only one reached the final.

This ties into the one-sided nature of the England-Germany rivalry. While England hem their metaphorical skirts towards Germany, Die Mannschaft only have eyes for the Dutch. All the while, England ignore the attentions of the Scots, who regard the Three Lions in the same manner that Frank Grimes regarded Homer Simpson.

However, England do have one mutually intense rival: Argentina. Rumour has it nobody has controlled the ball in an England-Argentina match since 1962.

The main flashpoints are well-known: Rattin sent off in ’66 because the referee “didn’t like the look” on his face; Maradona, fuelled by the desire for Falklands revenge, scoring the most controversial and most celebrated goals of all time in 1986; Beckham, Owen and heartache at France ’98. 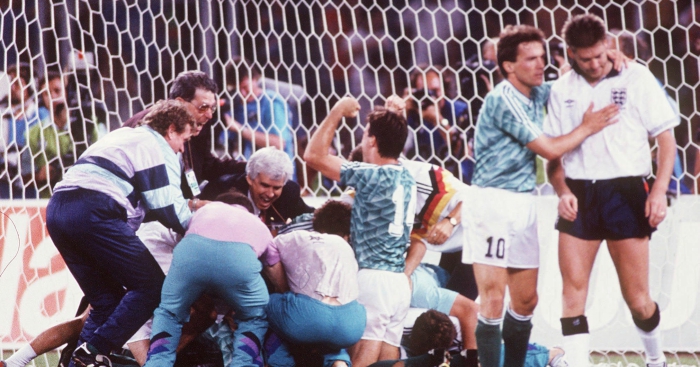 The Argentine reaction to the latter game demonstrated the depth of inter-continental loathing, as their squad taunted the defeated England players for the sanctity of their team bus. When England won the re-match at the 2002 World Cup, Trevor Sinclair accidentally wandered on to Argentina’s coach. “They weren’t too pleased to see me,” he added, unnecessarily.

With all this mutual history, the decision was made to play the November 2005 friendly between the two sides in stereotypically neutral Geneva. Both teams had qualified for the following summer’s World Cup and were considered contenders for the ultimate crown in Germany.

This assumption was a half-truth; England were in the peak of their Golden Generation phase, but their qualification campaign had been unimpressive and is best remembered for defeat to Northern Ireland at a partisan Windsor Park. Where Sven Goran-Eriksson was once regarded as infallible, many were now openly questioning his leadership.

As a result, the team had much to prove, only to make a slow start to the match. A fifth-minute stop from Juan Roman Riquelme was the first of several good saves by Paul Robinson, and Hernan Crespo soon scored a disallowed goal that could well have stood.

When the Chelsea striker did eventually net the opener from a Maxi Rodriguez pull-back shortly after the half-hour mark, the moment had been signposted from kick-off. 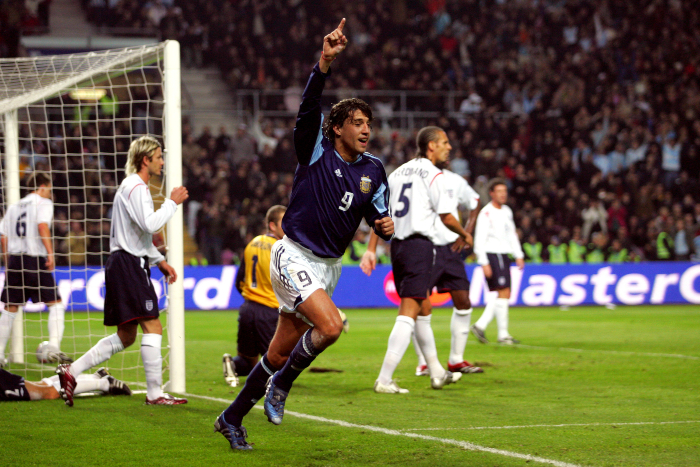 When looking at the line-ups, this shouldn’t have been too surprising. Argentina oozed class throughout, with a spine of Roberto Ayala, Riquelme and Crespo, supported by the likes of Carlos Tevez and Javier Zanetti. For a point of contrast, England’s full-backs over the course of 90 minutes were Luke Young, Wayne Bridge and Paul Konchesky.

Nevertheless, England rolled up their sleeves and made a fist of things. Six minutes before half-time, a Frank Lampard pass bounced off Ayala and was headed down by Beckham. Wayne Rooney tucked the ball home before the centre-back could make up the ground.

Rooney, still in the honeymoon phase of his England career, was in irresistible form. The 20-year-old played with the energy of a restless teenager fuelled by Haribo and cans of Monster Energy and flighted a chip that goalkeeper Roberto Abbondanzieri almost strained a shoulder keeping out.

Argentina were temporarily rattled, but maintained their composure and regained control. Kevin McCarra described their display as an ‘extravaganza of sophistication’ in his Guardian match report.

On the other hand, England’s defenders seldom pushed up in support, while the midfield were slow to tuck in closer to the isolated Ledley King, who was moonlighting in the holding role. Confusion reigned, and a Riquelme delivery was headed home by Walter Samuel to restore Argentina’s lead.

If this was a balmy summer evening, England would have likely have folded to their superior opposition. However, playing in a mysterious trance-like state, they battered Argentina for the final 25 minutes without creating too many clear-cut chances.

The main drama was saved for the game’s closing moments. Having been shunted across three different positions through the match, Steven Gerrard had the air of a frustrated man, but it was his sweeping cross in the 88th minute that was converted by Michael Owen’s downward header to level the scores.

There was enough time for Beckham to guide a strong header straight at Abbondanzieri before the game’s denouncement and Gerrard to hack down Julio Cruz for an unawarded penalty as Argentina countered.

While Cruz continued to argue with Gerrard, England went straight back up the other end of the pitch. Joe Cole collected the ball on the left-hand touchline and floated a tempting centre into the penalty area. Owen, using his master’s degree in spatial awareness, beat team-mate Peter Crouch to the ball and thumped home another header, the scourge of Argentina yet again.

What an ending! 😅#OnThisDay in 2005, @themichaelowen's late goal secured the #ThreeLions a dramatic win over Argentina in Geneva. pic.twitter.com/6M3BkaIWMp

Owen’s career has been overshadowed in recent years by his sad decline and unfortunate punditry. Despite having the mannerisms of a man born middle-aged, Owen was an excellent goalscorer for this country and the focal point of the attack until Rooney’s arrival. His brace against Argentina was his last great England performance.

On the touchline, Sammy Lee led the ecstatic celebrations with gleeful abandon. England had shown resistance and skill to overcome top-class opposition and excite their fans with the prospect of a repeat at Germany 2006.

We all know it didn’t end up this way. But thinking it might was half the fun.