Pablo Aimar was so loved he had to say goodbye twice 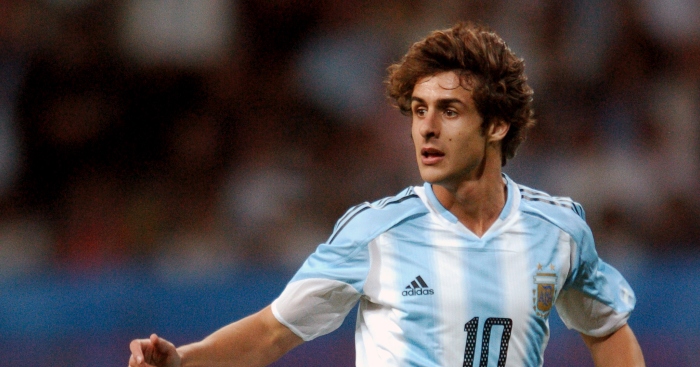 Sometimes you can’t fully say goodbye until you’ve tied up each and every loose end. Pablo Aimar realised this before it was too late.

When you watched Pablo Aimar coming through at River Plate, there was an aura which cut through the hyperbole, even rising above the ‘new Maradona’ cliches to present him as something special in his own right.

As a teenage Aimar took to the field at El Monumental, you weren’t witnessing praise for a player simply for showing some nice touches, or for doing so while being ‘one of their own’, but rather because the feeling he could soar higher than any other alumni was genuine.

We saw this, too, when he closed the circle and saw out his career back at the Buenos Aires club in 2015, but even after that there was still one thing he needed to take care of.

Aimar’s return to River was as difficult as his start was easy. Injuries had struck at various times in his career, but by 2015 even he seemed to know the next one could always be the last.

And yet, considering the treatment he got in that first spell, a return must have felt both inevitable and necessary. Even when he was nearing the end of that stint, with a 2001 move to Valencia looming, the reception he received often felt more befitting of a returning hero than someone moving in the other direction.

It was rightly that way, too, as anyone who watched the emergent Aimar would testify. Even in a squad boasting the talents of Ariel Ortega and Andres D’Alessandro, among others, he often felt a level above, carrying more star power as a teenager than he would ever demonstrate in his peak years, even when winning La Liga with Valencia and playing better football under Rafa Benitez than he ever managed in his later years.

With his tiny 5’7″ frame drowned by an oversized white and red shirt, Aimar sometimes felt like a younger brother joining in a back garden kickaround and leaving his older siblings chasing shadows. At an age where he should have had a target on his back, he was constantly defying those who were ostensibly there to stop him in his tracks.

The baby face helped with that too, with Aimar looking 10 years old at 20 and still youthful by the time he made his River return in 2015, his young shoulders having grown into his old head in the interim.

Watching him waiting to come on against Rosario Central in 2015, you could easily mistake the scene for a hi-def reimagining of one of those earlier appearances.

Aimar looked almost identical facially, with the closer-cropped hair of his youth returning after years of letting it grow out in Europe. The crowd reaction was just as passionate in his earlier days too, but if you looked closer you could see the differences.

The look on his face was not one of a man under huge pressure: he knew he was being welcomed but not relied upon in the same way as in the past, so there was a different kind of comfort to his arrival.

But the relief at being under less pressure is inexorably tied to the knowledge that, at his age, he’s never going to have the chance to bring back that feeling.

Marcelo Gallardo, Aimar’s former team-mate, was now the man introducing him from the dugout, while the famous No.10 shirt was now on the back of Pity Martinez, a man more than a decade his junior.

Instead, Aimar wore 35 on the back of his shirt, the same as his age at the time. It was as if everyone knew he wouldn’t be around for long beyond that birthday; that this was only a brief fling rather than a return to the good old days.

“I don’t want to occupy a place that definitely should be for others. Because of this, I decided to stop playing professionally,” Aimar said in his retirement announcement a few short months after that appearance.

The phrasing was poignant in its own right: as a teenager, making his River debut at the age of 16, he was there specifically to take the place of others as he helped usher in a new generation of young talent with near-contemporaries D’Alessandro, Javier Saviola and Franco Costanzo.

As a teenager, the prospect of taking a place others felt they were more entitled to represented an act of ambition. Now, though, he had been in the game long enough to know he was just delaying the inevitable.

“Aimar may have suffered his share of disappointments over the years, but nothing about his career suggested failure,” Paul Wilson wrote in The Guardian after that final River game.

However, despite appearances, it wasn’t all over. Not quite. He still had one more thing to tick off, and he had no intention of failing in his task. 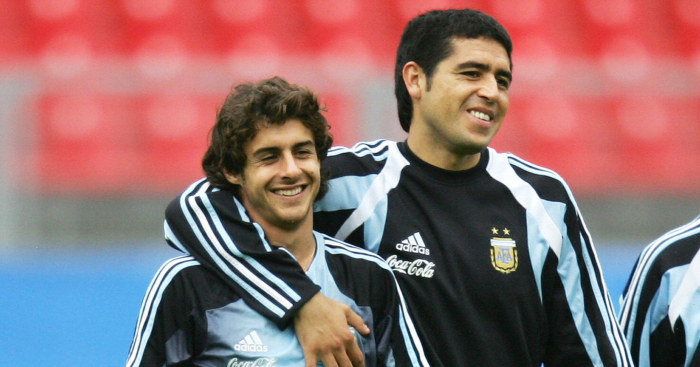 Back where it all began

Before River Plate, Pablo Aimar had been in the academy of his local club Estudiantes de Rio Cuarto. When he signed, as a pre-teen, the club was in Argentina’s Nacional – a predecessor to the current top flight – for the last time.

By 2018 they found themselves down in the lower leagues, and Aimar was ready to return, 25 years after first leaving his home city, in Cordoba, to move to the capital. There, he finally got the opportunity to play a domestic game with brother Andres, who made his River Plate bow after Pablo had set sail for Europe.

Upon his presentation, having accepted the thanks of the officials and fans at the club where it all began, he made it clear he should be the ones thanking him. There was no responsibility for them to welcome him back, and yet they were more than willing to invite him along to close the circle.

“It is good that my farewell is not in a friendly,” he said, insisting that his unfinished business required him to play in a game with something riding on it.

“The end is where I started,” Aimar said after his farewell appearance, with his former coach Marcelo Bielsa among the 12,000 spectators in attendance at Estudiantes’ Estadio Antonio Cardini.

There were some tidy touches and flashes of that trademark darting movement, and then, shortly after the break, he produced what La Nacion‘s Juan Manuel Ferreyra Suescun described as “the last spark within a playing field”.

That was the story of Aimar’s career: he burned bright at River, to the point that we couldn’t envisage him ever getting old enough to have his flame extinguished, yet he experienced neither a slow, lengthy decline nor the immediacy of a bulb bursting at its high point: he left on as close to his own terms as possible, before returning to take care of one final thing.

Often, the worst thing about the final spark is that you don’t know it’s the last one when it happens. Here, though, there was no doubt.

“Playing football always brings joy,” Aimar said after returning to Rio Cuarto at the age of 38. We should be grateful he was able to step away while that was still true.

The last goodbye: When Juan Sebastián Verón un-retired at 42 to flog VIP boxes