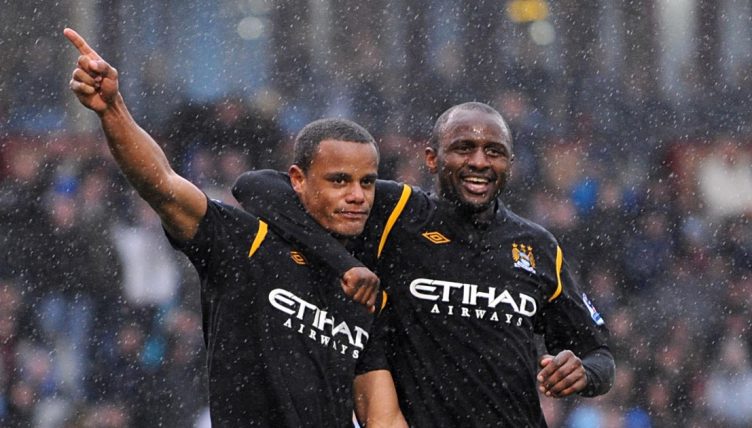 When you think of glamorous careers that can earn you £150,000 per week, you probably don’t immediately think of ‘teacher’s pet’.

For 33-year-old Patrick Vieira, however, that was essentially his gig when he moved to Roberto Mancini’s Manchester City in January 2010.

Mancini was new in town, having replaced the sacked Mark Hughes a month earlier, and was looking to curry favour in a dressing room full of big names like Carlos Tevez, Robinho and Emmanuel Adebayor.

Recruiting a trustworthy ally is common practice for managers taking over new clubs.

Vieira, for his part, had recently played under Mancini at Inter, where the pair had won consecutive Serie A titles. “He knows me and my staff well, and importantly he also knows what the Premier League is all about,” said the Italian.

In return, Vieira got a chance to prove his fitness in order to make France’s World Cup squad six months later. “I am not 20 but I am not 40 or 45 either,” he said. “I am still really motivated and believe I can be successful.”

City knew they weren’t getting Vieira in his prime, but the six-month contract with a one-year option seemed like decent business for all involved.

Even Arsene Wenger was positive about the midfielder returning to the Premier League, saying Vieira could still be “very effective” when fit.

It was an inauspicious start for Vieira, whose City debut came in a 2-1 defeat to Phil Brown’s Hull City, buoyed by the goalscoring talents of Jozy Altidore and George Boateng.

He made his first start three days later in a rather more enjoyable 2-0 win over Bolton, playing the entire 90 minutes and setting up a goal for Adebayor.

That game set a precedent for the new signing. Statistically, the 33-year-old brought results for Mancini’s men: for the rest of the 2009–10 season, City went unbeaten in every match in which Vieira started.

Unfortunately, the empirical evidence was more damning than the scoresheets, with Vieira often looking sluggish — even when playing next to Gareth Barry. He also got himself banned for three games after kicking Stoke’s Glenn Whelan in the balls.

This would sound preposterous in 2004 but Glenn Whelan will dominate Patrick Vieira tomorrow, if they both start.

Mancini was forced to defend his right-hand man. “I think Patrick can improve,” the manager said. “Perhaps he is not quite the player the English football supporters remember but I know him very well and I think he still can be.”

Vieira’s personal nadir of the 2009–10 season came in April’s 3-0 win over Wigan. Although he set up a goal, the midfielder was repeatedly embarrassed by Wigan’s Mohamed Diame.

But Mancini persisted, and his new signing scored his first City goal in the next match, a 6-1 rout of Burnley.

The season ended badly though, with Vieira unable to prevent Tottenham from snatching a win over City and ultimately beating them to a spot in the Champions League.

Vieira was handed a one-year contract extension on 9 June 2010, a month after he was omitted from the French World Cup squad.

However, it soon became clear that he was to take a more mascot-like role for City as he approached his 34th birthday. To emphasise this fact, the club signed Yaya Toure for £24million in July.

But the bench life actually suited Vieira. After sitting out the first three league games of the 2010–11 season, he had sufficient energy to score in his first start of the campaign, a 1-1 draw with Blackburn.

Mancini used his old charge more liberally in other competitions; in the FA Cup, Vieira scored an unlikely brace of neck-snapping headers against Notts County during a run of six consecutive starts in the competition. 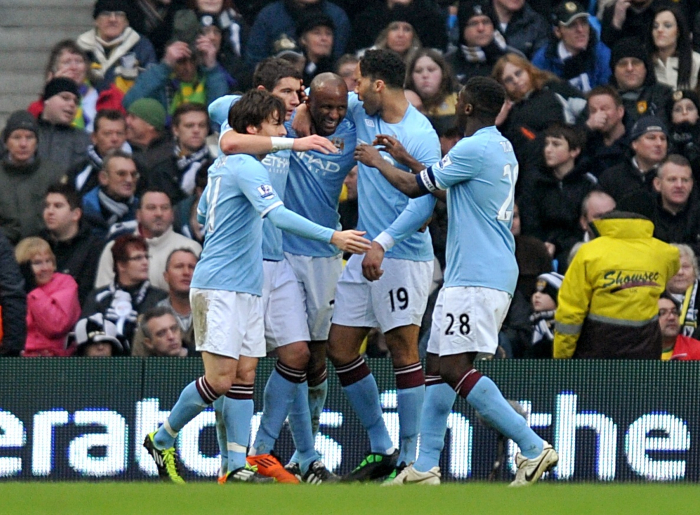 And while the midfielder wasn’t exactly happy to miss so much of the Premier League season, his off-field role grew significantly, to the extent that he became a kind of father figure for another former Inter player, Mario Balotelli.

“Patrick is one of the people I listen to most here in Manchester,” Balotelli said. “But I don’t even listen to my parents sometimes.”

Babysitting wasn’t exactly glamorous work, but it was the kind of task Mancini always had in mind for the experienced Vieira.

Although Mancini dropped the veteran for the FA Cup semi-final against Manchester United and the final victory over Stoke City, he did introduce him for late cameos in both matches.

The final turned out to be Vieira’s last professional match, six years after he lifted the same trophy in his final match for Arsenal.

In total, he scored six goals in 46 appearances for City, notching every 415 minutes — the best strike rate of his career.

Like a slain Jedi, Vieira’s influence on City actually grew stronger after his retirement in 2011, when he became the club’s ‘Football Development Executive’.

In fact, the Frenchman’s most important contribution to City’s fortunes came not on the pitch, but in an innocuous-seeming interview in March 2012, when City narrowly trailed rivals United in the league.

On the red side of Manchester, Paul Scholes had recently come out of retirement, and Vieira saw an opportunity to get under United’s skin.

“Paul Scholes is a player that I really love and admire, one of the best English players of the last few years, and seeing him come back is good for him and for United,” Vieira said.

“But for him to come back just shows a little bit of weakness in United, because they had to bring a player back who was 37. [It] shows that they don’t have talent in there to replace him.”

“If it’s desperation bringing the best midfielder in Britain back for the last 20 years then I think we can accept that,” said the United boss.

“If you talk about desperation, they played a player the other night who refused to go on the pitch, the manager said he’d never play again and he takes a five-month holiday in Argentina. What is that? Could that come under the description of desperation?”

Ferguson, the man who had forced catastrophic meltdowns out of Kevin Keegan and Rafael Benitez, had himself been rattled — not by Roberto Mancini, but by a member of City’s backroom staff.

A month later, City won the Manchester derby 1-0, setting them on course for their first Premier League title.

Vieira’s performances didn’t always justify his £150,000-a-week wage, but his experience, influence and skills in psychological manipulation have made him an important part of City’s history.