The Liechtenstein father and son who both played against Gianluigi Buffon 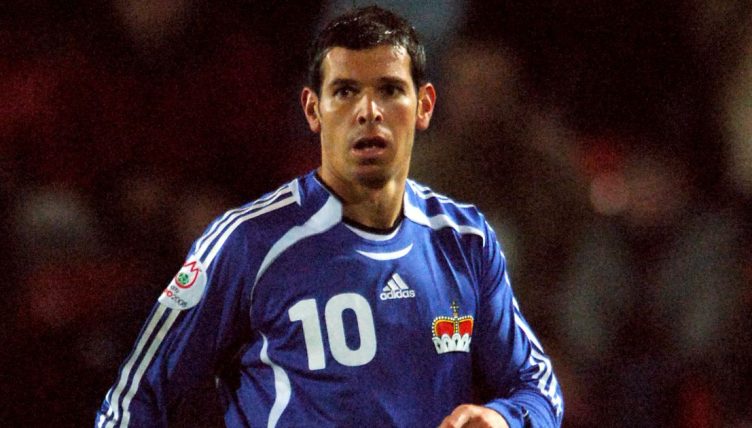 There’s nothing to remind you of the slow march of time quite like a father and son both turning out for their national team during your lifetime.

If Mario Frick fancies celebrating his birthday week, and at the age of 47 you can celebrate for as long as you want, he might well watch his two sons in action for Liechtenstein in their World Cup qualifier away to Andorra on Wednesday night.

The Vaduz manager is still his country’s all-time record goalscorer with 16, a record unlikely to be broken any time soon, but sons Yanik and Noah (we wonder if Mario’s a tennis fan) both started Sunday’s defeat in Romania and either could end up threatening that goal tally later in their career.

Yanik, who has three goals by the age of 23, has something else in common with his father.

Nearly 20 full years ago, when Yanik was a toddler and Noah was a twinkle in his father’s eye, Mario Frick started up front for Verona against a Juventus side boasting world-record buy Gianluigi Buffon between the sticks.

The Liechtensteiner didn’t score that day, but he and Adrian Mutu caused problems for the Juve defence and only a last-minute equaliser stopped the Gialloblu walking away with all three points.

Impressively, Italy and Liechtenstein didn’t meet at international level at all until 2016, denying Mario a chance to score against Buffon for his country.

However, a young Yanik started up front at Friuli in 2017 when an Italy side captained by Buffon earned a comfortable World Cup qualifying win, highlighted by a stunning Lorenzo Insigne goal.

“To begin with, as you can imagine, it seemed very strange, but when you’re 40 years old, this stuff can happen,” Buffon told FourFourTwo during his time at Paris SaInt-Germain.

Indeed, that PSG spell saw the goalkeeper take to the field on a number of occasions with Timothy Weah, whose first Ligue 1 goal came on Buffon’s debut in the competition. Tim’s old man, George, played against Buffon’s Parma a number of times in the late 90s, though curiously never scored past the Italian ‘keeper in Serie A.

Of course, Buffon is now back at Parma where he played with the likes of Lilian Thuram in the 90s (and yes, to save you time, Lilian’s son Marcus played when Guingamp lost to Buffon’s PSG in 2018).

Back to the Fricks, though. We’ve seen plenty of father-son combinations at international level, and recently we even got a three-generation example when Andri Gudjohnsen – son of Eidur and grandson of Arnor – made his bow for Iceland.

In the case of the Liechtensteiners, though, if things continue at their current pace we could end up with a father and son who each have 100 or more caps to their name, though neither son has a goal as iconic as Mario’s go-ahead strike against Scotland in 2010.

By the age of 23, Mario had 17 of an eventual 125 appearances for his country, scoring his first senior international goal the day before his 23rd birthday. It wasn’t the happiest of occasions, with Liechtenstein already 7-0 down to Romania at the time, but when you play for a smaller European country they all count.

Yanik also sat on 17 when he celebrated his 23rd birthday in May, and has added four more appearances since. He’s scored more freely as well, netting his third of three in a defeat against Iceland in March, though it might be wishful thinking to expect him to end up on treble his father’s eventual total.

Of course, if either Yanik or Noah ends up with a career as long as that of their father, maybe one day they’ll be the ones with matches against father-and-son combos on their CV.