The ludicrous dream team Dalglish ‘wanted’ at Rangers in the 90s 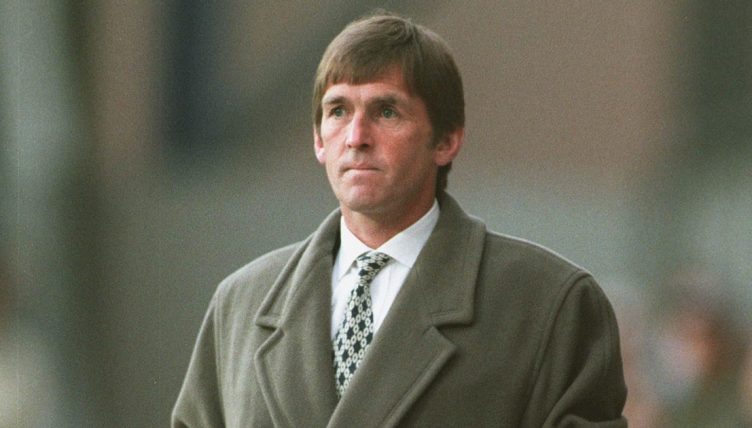 Even those of us who like to think we’re above all that, we still can’t prise ourselves completely away from it.

Sure, we might get better at separating the nonsense from the reliable ITKers, but then all it takes is for some spurious link to an unknown gem you once signed on Football Manager and you can suddenly find yourself down a rabbit hole of gossip columns, Twitter accounts and YouTube compilations.

And it’s everywhere now. The traditional newspapers all publish their own tidbits in print, as well as the existentially challenging live blogs online, plus thousands of websites spuriously regurgitating and conflating various reports into one big cyclone of transfer terror.

But what about back in the day – the simpler times when you could leave your door open and a match ticket cost the same as a pint of bitter – what did they do then?

Surely, with the media industry in a much healthier state than that which it finds itself in today, newspapers didn’t lower themselves to such degrading means?

Cringe journalism alert –
A newspaper article in the 90s saying that Kenny Dalglish was taking over as Rangers Manager and this is the team he was looking to build – worth a scan if you fancy a giggle 🙈 pic.twitter.com/Ppk7L2nQhn

Ah. Right. So it turns out they just went completely mental instead.

It’s difficult to know where to start with this, so let’s get the facts we do know.

The report was published in the Daily Record in November 1996. Rangers, managed by Walter Smith, would go on to win the league that year, but crucially had just been knocked out of the Champions League at the group stage, which may explain why there was a sense supporters needed some good news.

Despite being a former Celtic hero, Dalglish grew up a Rangers supporter and a month later was appointed ‘international talent scout’, although his role appeared to be more focussed on attracting celebrities to a new golf course at Loch Lomond.

One of the first signings Dalglish was involved with was the £3.5million capture of Chile international Sebastian Rozental, who went on to make just 21 appearances for Rangers over five years.

So we’re not saying the suggestion that Rangers could sign the players listed in the above report are completely false, but it does read suspiciously like a Championship Manager wet dream.

For a start, there are an awful lot of forwards: Patrick Kluivert, Marc Overmars, Jurgen Klinsmann, Eric Cantona, Robbie Fowler and Ronaldo.

Given the team was built around the goals of Ally McCoist, we’re not sure trying to sign six more strikers was particularly necessary.

We do, however, enjoy how the unnamed reporter has tried to balance this out by mentioning Paolo Maldini and Emmanuel Petit, as well as Karlsruher ‘defender’ Sean Dundee. Of course, one problem there was that Dundee was actually a striker.

But the piece de resistance, for this is not just some story made up on a whim, has to be the inclusion of quotes from ‘top agents like Edinburgh’s Jake Duncan’.

“If Rangers are making millions the sky is the limit,” he said. “They could go for the best players in the world and Ronaldo falls into that category.”

Rather wonderfully, the story doesn’t end there. Fast forward 12 years and Duncan was indeed almost involved in an outlandish transfer, as he helped an unknown French youngster Riyad Mahrez earn a trial at St Mirren.

Sadly, Mahrez was less than impressed by Duncan.

“It went well. I played four friendlies with the reserves and I scored seven goals,” he told L’Equipe in 2016.

“I killed them. They made me wait. Two and a half months. I couldn’t take it anymore. It drove me crazy, Scotland. It was cold. It was too much. It snowed and everything… I was so cold that one day I faked an injury so that I could go back to the dressing room.

“A few days later, my agent said to me, ‘I think that Jake Duncan, an English agent who works with us, wants to swindle me. Riyad, I have got you a ticket, you take the bus immediately, you go to Glasgow station and you get on the train for the airport and you take a flight to Paris.’

“I did not speak any English at all. I forgot my boots at the training centre. I borrowed a bike from a guy at the hotel, I took my football boots, I packed my bag and I left without telling anyone. Even the woman at the hotel. I took the stairs to avoid the reception.”

He added: “Wait, the story is not finished. Duncan, the English agent, took revenge and tore up a contract of another Frenchman who had signed for Queen of the South, in the Scottish second division.

“The guy, I know him well, he plays for Beziers, Halifa Soule. He was eaten alive. He had nothing to do with the entire thing!”

Sometimes the truth is much, much stranger than fiction.