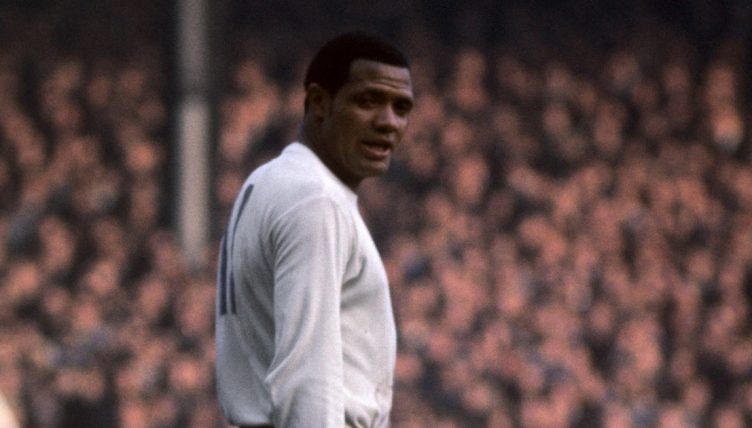 “As young, football-crazy lads growing up in Chapeltown, Leeds, in the early 70s, Albert Johanneson was a name we were all familiar with. He had been an inspiration for the next generation of footballing talent in the city” – Brian Deane

Shankly’s first real achievement at Liverpool was winning the FA Cup, which he managed in 1965. The opponents that day were Leeds United and the documentary contains footage of the two teams walking out at Wembley.

In the middle of the Leeds line, lithe and handsome, is Albert Johanneson. It was a landmark day for Liverpool and Shankly. But also for English football. Johanneson was about to become the first black player to take part in an FA Cup Final.

It wasn’t a classic. In what looked a damp but muggy day at Wembley, the teams slogged their way through 90 scoreless minutes and eventually into extra time. The short British Pathé film of the final does it few favours, either, consisting almost solely of strange, slow-motion footage of Gary Sprake catching routine crosses and making simple saves.

Johanneson barely features at all. He’s there at the beginning and he can be seen on the fringes of the play a few times, trying to influence a game that would ultimately pass him by.

Liverpool would win in extra time. Roger Hunt had opened the scoring, nodding home from close range with Sprake stranded. Billy Bremner would equalise, thumping brilliantly past Tommy Lawrence from the edge of the box. But, three minutes from the end, St. John struck, beating Sprake with another header in the 117th minute.

Freezing the footage at the right moment, there’s the hint of a smile on Johanneson’s face during the walk to the pitch. Given what he was experiencing, it’s a baffling expression which can be interpreted in all sorts of different ways.

“When we walked out, all I could hear was a cacophony of Zulu-like noises coming from the terraces. It was dreadful, I could barely hear myself think for those screams. I wanted to run back down the tunnel.”

What Johanneson truly felt in those moments is lost to time, but the horror of what he experienced to get there is – sadly – easier to comprehend. Actually understanding the true emotional legacy of the naked bigotry to which he was exposed, however, is far harder.

There are enough anecdotes to have an educated guess, though.

Dwell, for instance, on the title of Clyde Best’s autobiography: The Acid Test. Best was another pioneer. He was Bermudian and Johanneson was South African, but their experiences of the English footballing landscape were – sadly – likely very similar.

In the prologue of his book, Best remembers receiving a letter in the week before a league game in which the sender threatened to throw acid in his face the next time he emerged from the players’ tunnel at Upton Park. And that was in 1970. Nine years after Johanneson had first played for Leeds.

One of Duncan Hamilton’s childhood memories, recounted in The Footballer Who Could Fly, is of filling a sticker album for the 1967-68 season. In researching his book, he recalled leafing back through it, across the 22 different teams and 330 players. Johanneson’s was the only black face he saw. One, in an entire league.

Reading about him now, one of the common observations seems to be that Johanneson met the abuse he received with great strength. He, like Best, was determined to remain impervious. That his memory of those moments before the 1965 final remained so vivid, however, suggests those afternoons left very deep wounds.

In 2015, to mark its 50th anniversary, The Guardian’s Ian McCourt remembered the 1965 final. He wrote about how, in the minutes prior to leaving the dressing-room, Johanneson had been throwing up in the Wembley bathrooms and had asked Revie to drop him for the game.

McCourt went further back, too, describing Johanneson’s childhood in South Africa and the range of racial abuse he suffered in a country that had by that point descended into apartheid’s darkness.

He was someone who endured a great deal even before he arrived in England. When he did make his debut for Leeds, in a 2-2 draw against Swansea, after the match finished he didn’t know whether he was allowed to bathe with his white team-mates. That certainly describes where he had come from and, unfortunately, what he felt his place in the world to be. 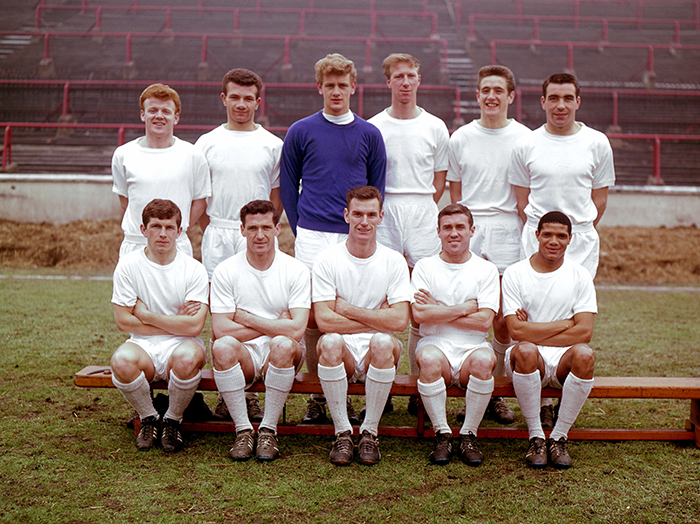 Johanneson had a friendly face. He had soft features and kind eyes, and it’s hard to reconcile the pictures of him with his fate. Or, at least, it’s horrible to have to do so.

He left Elland Road in 1970, released by Revie, and would join York City before slipping into retirement two years later at just 32.

Accounts of his career’s decline vary. It would, like his life, be slowly lost to a spiral of depression, alcoholism and innuendo.

There’s no consensus for why drink took hold of him, but former team-mates speculate that First Division life was too much for him, that he was an excellent Second Division player who struggled with the crowds, the expectations and the pressure found at the level above.

Whether that began his descent to destitution is hard to say, but it seems hopelessly reductive not to factor his life’s experiences into the tragedy.

And it would become a tragedy. Johanneson drifted away from his former team-mates in retirement, becoming a virtual recluse. Several have since insisted that they tried to bring him back into their network but found him unreachable or reluctant to engage.

Were it not for a chance encounter with George Best in the very early 1990s, when Best happened upon a dishevelled Johanneson in Leeds city centre and took him out to supper at a local hotel, the world might have forgotten about him entirely.

As it was, Best’s charity inadvertently served to highlight Johanneson’s plight. In a harbinger of his own later life, the encounter between them brought only mocking headlines from the tabloids and a final taunt for someone who was already desperately fragile, who was very isolated, and who would end his life desperately alone.

When he died from heart failure in September 1995, his body had lain undiscovered in his council flat for nearly a week. He was just 55 years old.