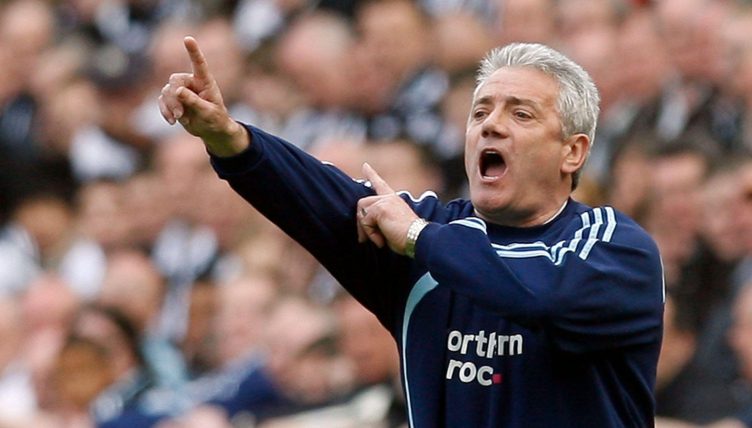 In the corridors at the Ricoh Arena, trouble was brewing. Kevin Keegan’s Newcastle United had just survived a late comeback from Coventry City to win a League Cup tie after extra-time.

James Milner, who had handed in a transfer request, was named man of the match. It was late August 2008, days before the window closed, and Aston Villa were circling.

Villa were desperate to reunite with the England Under-21 international, who had spent a season on loan at the club three years earlier, but Keegan was holding strong.

Eventually, the pressure told. Days later, Milner was unveiled in the Midlands and it was announced that Newcastle had pocketed £12million for the player. Publicly, Keegan, who had spent the entire saga insisting he wanted Milner to remain at St James’ Park, claimed the decision to let him leave was his.

“He’s a player, in an ideal world, you would not want to lose,” Keegan told Sky Sports News at the time. “But I just want to make it absolutely clear that at the end of the day, it was my decision to sell him. We got an offer that I feel was his value.”

The reality of the situation was not quite as it seemed from the outside looking in. In truth, that had been the case for the eight months of Keegan’s second spell in charge of Newcastle.

Mike Ashley had made the call to a club icon, one he couldn’t refuse. Feeling the pull of the chance to finish his business on Tyneside and finally usher in the new era, less than a year after Ashley had bought out Sir John Hall and Freddy Shepherd, Keegan ended his self-imposed footballing exile, just as he had all those years prior.

Almost instantly, as he has himself put it since, it became clear that the job wasn’t as advertised in the brochure.

Keegan was back to a hero’s welcome because of what he achieved in his first spell as manager. Between 1992 and 1997, alongside, Hall, he guided Newcastle from the edge of oblivion to the precipice of glory.

His enthusiasm, bold attacking style and emotional connection to the city created a buzz and almost inspired the Magpies to the Premier League title. The likes of Les Ferdinand, David Ginola, Tino Asprilla and Alan Shearer came to the club on his say-so; his words could galvanise anybody.

A combination of a drop in form and a systemic lack of defensive strength ultimately proved costly — so cruelly in 1996, when Manchester United clawed back their 12-point lead in the title race. But everything about Newcastle at that time, thanks to Keegan, made them the country’s second favourite team.

Times had changed 11 years later when, just over a week after the anniversary of his first resignation as manager, in January 2008, he returned. Nobody expected Newcastle to challenge at the top. By then, they were engulfed in mid-table mediocrity, desperate to regain a spark from somewhere after such an uninspiring start to the season under Sam Allardyce.

Instantly, though, that buzz returned. The sense of something special in the air was felt – first in an FA Cup replay against Stoke City on the night of his appointment and then his first official game at home to Bolton Wanderers. The man who had built the modern-day Newcastle United was back in town. 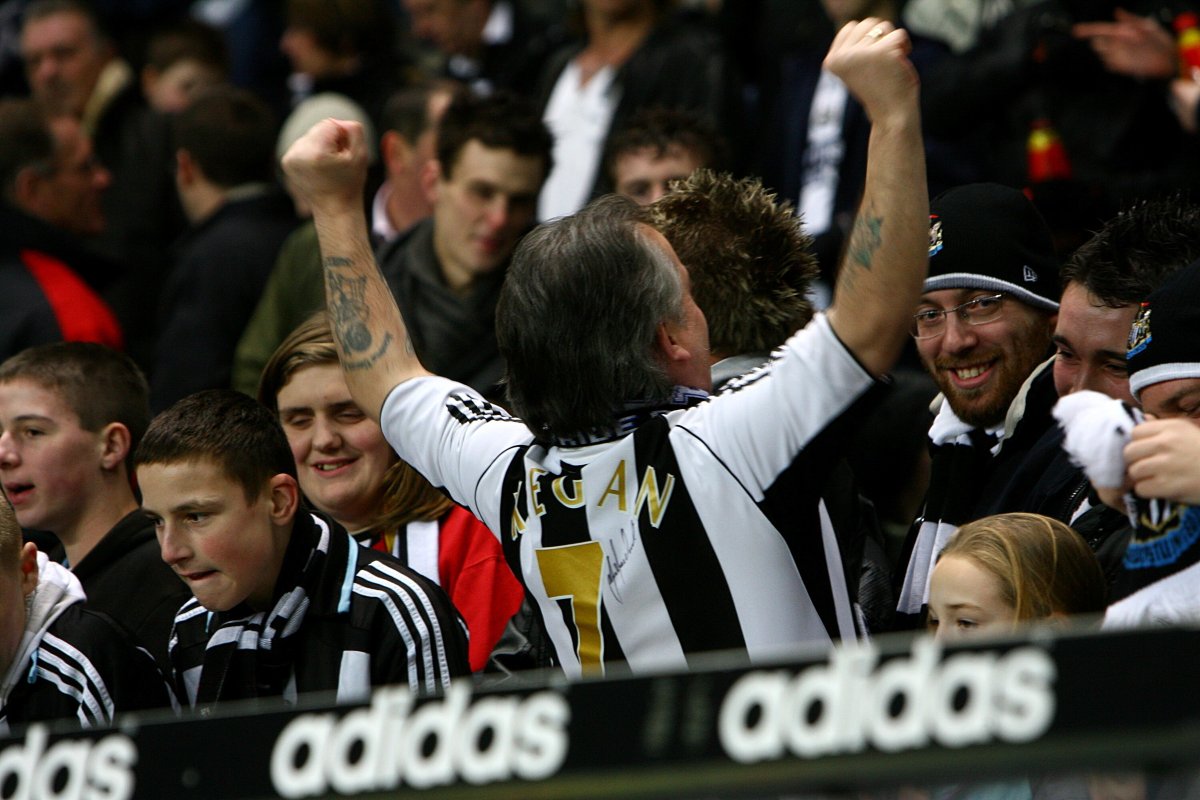 Not two weeks later, Keegan, who writes in his autobiography My Life In Football about being blindsided in contract negotiations by an offer that seemed to precede the disruptive nature of Ashley’s regime, was publicly undermined for the first time.

Dennis Wise arrived as director of football. While Keegan accepted the decision – he had selected Wise as a player in his days as England manager – it nullified one of his greatest strengths. Signing players, while officially down to Keegan, would not solely be down to him and assistant Terry McDermott sitting around the table with a player. That meant none of the inspiration which swung Ginola, Ferdinand and co.

Keegan would be working as a cog in a larger machine, alongside Wise and the two men he laid most of the blame for this dream return quickly turning nightmarish, Tony Jimenez and Derek Llambias. It didn’t take long for Keegan to realise that he wasn’t as key a part of the operation as he had been led to believe.

Keegan dubs Jimenez a “bewildering character” in his book, and one story in particular underlines the differences between his two spells when it came to recruitment.

After believing he was being cut out of deals by the man known as a “transfer guru”, Keegan invited Jimenez to a meeting with Luka Modric’s agent. The Croatia international was also in talks with Tottenham, who he’d eventually join, having already masterminded England’s demise in Euro 2008 qualification.

At 22 years of age, Modric was ideal for Newcastle under Ashley: young, talented and with sell-on value. His agent was a fan of Keegan’s, and everything was going well until Jimenez interjected, claiming Modric was “too lightweight” and “not good enough for the Premier League”, as Keegan writes.

“Terry was also in the meeting and we just stared at each other in disbelief. The agent looked shocked. ‘Are you saying my boy is not strong enough? Luka is a strong boy, I can assure you.’

“‘That’s what I mean’, Jimenez continued. ‘My view is he’s too lightweight for English football. He’s too small.’ It was an awful moment and, 10 years on it needs only a cursory glance at Modric’s achievements to realise what a nonsense it was.”

Over the months which followed his appointment, on the pitch at least, there were eventually signs of his influence. After a run of nine winless games in all competitions, he changed his approach and instilled a more attacking mentality, with Obafemi Martins, Michael Owen and Mark Viduka all deployed up front.

Newcastle ended the season with momentum, but Keegan’s trust in his bosses was fraught even by then. His exasperation was laid bare in an interview after a defeat to Chelsea in May 2008, in which he outright stated that challenging at the top of the table was impossible because there wasn’t enough money to spend on sufficiently strengthening the club.

On this day in 2008, Kevin Keegan left Newcastle for good. It’s a miracle his second stint, working under Mike Ashley, even lasted eight months. #NUFC pic.twitter.com/HvkmGWi6cm

Every time Keegan attempted to call Ashley, who would answer the phone by calling him “King Kev”, he was met by a stern response from Llambias which made it clear that speaking to him, Wise and Jimenez was as close as he’d get to the man with the money.

That summer, on the outside at least, there was optimism around Newcastle. The truth was that Keegan was being lied to about transfer dealings, something he eventually proved in court. After missing out on the big names he had been pulled in by the prospect of signing, then came the James Milner episode.

Sebastien Bassong and Danny Guthrie were two young players Keegan brought in, while Fabricio Coloccini and Jonas Gutierrez, both of whom went on to become club heroes, were also signed. Deep into the window, Keegan had realised he could not trust the men Ashley had put in place but still accepted the Milner sale because the name of Bastian Schweinsteiger arose.

A 23-year-old German international and a regular at Bayern Munich, surely it was too good to be true? Keegan called Bayern supremo Karl-Heinz Rummenigge who, he writes, laughed down the phone at him with the news that Newcastle had offered €5million for Schweinsteiger.

“Newcastle were supposed to be a big club (too). We were also a laughing stock. ‘€5million, Kevin, we were killing ourselves laughing.’ I left him chuckling at the other end of the line and rung off.”

So there he was, without a star player and completely at the end of his tether. Everything came to a head on deadline day when Newcastle signed two players Keegan hadn’t agreed to or even seen, Spanish striker Xisco and Uruguayan midfielder Ignacio Gonzalez. If he wanted to know more about them, he was told by Wise to watch them on YouTube.

It later transpired the signings were completed as a favour to the agents who instigated the Coloccini and Gutierrez deals. Keegan had been told to “park” them. Though Newcastle hadn’t broken any rules, it was too much for someone as emotive as Keegan to take. He’d put up with enough.

On September 4, 2008, Keegan walked away from Newcastle for the second time. His exit fractured the club in a way from which it is yet to recover. Although the anger isn’t quite as raw as it was during the protests at St James’ Park in the aftermath, it has never subsided.

Keegan sued Newcastle for constructive dismissal and won. Ashley still remains as owner having overseen two relegations, coming at the end of that 2008-09 season and again in 2016. All bets are off on whether a third is in the pipeline, with the side currently sitting just two points above the drop zone.

In the 13 years since those dark days, Ashley has failed to even begin to build bridges. Keegan is loved like no other man by Newcastle fans, and yet he has only returned to the club once, in disguise, for a clandestine appearance.

He no longer feels comfortable in the house he built, refusing to even fully acknowledge this chapter in his life. The great times will stand forever, but if ever there was a way to sum up the stain the current regime at Newcastle United will leave when they eventually depart, it is the story of the return of the King – and his sad farewell.

READ MORE: Robbie Elliott: Asprilla lost a deposit due to bullet holes in the walls