‘We moved as one machine’: The story of Zenit’s historic UEFA Cup win 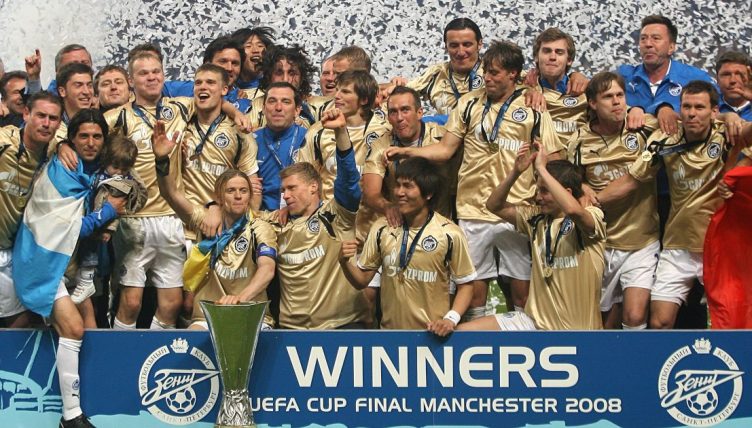 “It is a riddle wrapped in a mystery inside an enigma.”

Winston Churchill’s famous quote may have been directly about Josef Stalin and Russian interests during the Second World War but his pithy summary could equally apply to the state of Russian football in 2021.

Despite hosting the last World Cup, Russia remains as distant from football’s western European epicentre as ever. The national team stunk out the recent European Championship and no Russian club side survived the group stages of last season’s Champions League or Europa League.

This wasn’t the case during the 2000s. After a decade spent acclimatising after the dissolution of the Soviet Union, football in Russia enjoyed a renaissance on the international stage.

CSKA Moscow won the 2005 UEFA Cup final, beating Sporting Lisbon 3-1 in their own stadium, while Russia illuminated Euro 2008 with their free-flowing football en route to the semi-finals.

But Zenit Saint Petersburg’s victorious 2007-08 UEFA Cup campaign was perhaps the most glorious of all and they remain one of European football’s great underrated sides.

They’d assembled a formidable team under Dick Advocaat. The intelligent Anatoliy Tymoshchuk, who captained the side, anchored a midfield capable of beguiling passing football while the imperious Pavel Pogrebnyak, in the form of his life up front, wreaked havoc and created space for Andrei Arshavin.

“Our main strength was in attack,” reflected Tymoshchuk in an interview with These Football Times. “We had an excellent understanding and we moved as one machine.”

Having only qualified for the competition following Lokomotiv Moscow’s triumph in the 2007 Russian Cup, Zenit swept aside Standard Liege to enter the UEFA Cup group stages – which were different from the format we know today.

Each group contained five teams where each team played four matches, two at home and two away, against different opposition. Zenit’s record of one win, two draws and a defeat left them vulnerable to elimination before the final round of matches.

But they got lucky. Everton, who’d already qualified, fielded a number of reserves against AZ Alkmaar but still managed to win 3-2 and prevent the Dutch side from overtaking Zenit.

“We knew Everton had sent a second-string squad there,” Tymoshchuk said, “but even so they won and ensured we qualified for the knock-out rounds from third place.” 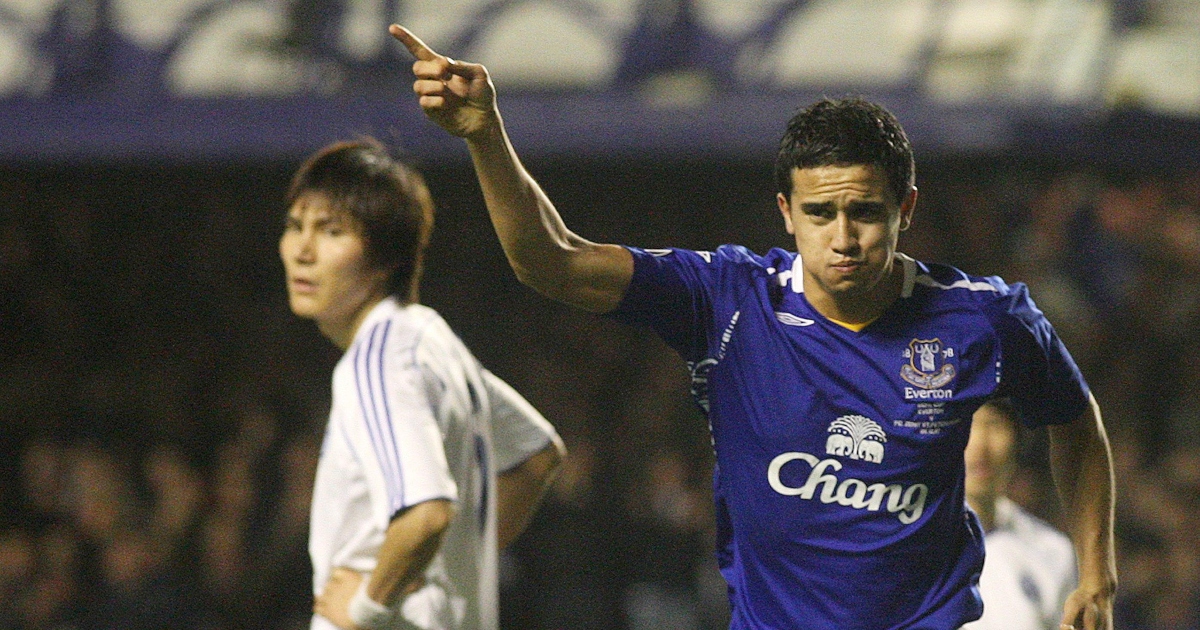 As continental football went into hibernation over winter, Zenit won their first Russian league title since 1984 after a scrappy 1-0 win over Saturn in their final game.

Their victory wasn’t well-received by the Moscow press, who accused them of playing boring and unadventurous football. Jonathan Wilson, writing in The Guardian, went as far as describing them as “bad champions”.

Even midfielder Konstantin Zyryanov admitted: “We were lucky.”

They would need such luck once the UEFA Cup knockout stages got underway. Facing a Villarreal side that would finish second in La Liga, Zenit withstood two red cards and Advocaat being sent to the stands to knock out their opponents on away goals.

But the gig looked up after a 3-1 defeat to Marseille in the last 16. Missing key players through injuries and suspensions, Zenit would need to produce the performance of a lifetime to progress.

Not that Tymoshchuk was bothered. “Even after losing to Marseille 3-1 we weren’t worried,” he said, “We returned home calm and confident in our ability ahead of the second leg, because we played our best when we were at home.”

Ninety minutes later, Zenit had recovered to secure a 2-0 victory and a place in the quarter-finals. Success was breeding confidence, that was breeding further success.

And they produced arguably their best performance of the campaign to dismantle Bayer Leverkusen 4-1 in their quarter-final first leg. It was, as the Zenit president Sergey Fursenko said, “the sort of game that will be remembered for decades” and Arshavin was at the centre of it all.

He was the jewel of the Zenit team. Arshavin’s form during 2008 made him European football’s hottest commodity, marrying slightness of physique with a delightful deftness of touch that wowed neutrals all over the continent.

And his opener in the BayArena demonstrated what all the fuss was about. After accelerating down the right, allowing other forwards to draw defenders away, Arshavin dramatically cut inside before lashing his finish home from a narrow angle.

Following the formality of the second leg, Zenit faced European heavyweights Bayern Munich in the semi-finals. The German behemoths were spending a rare season outside of the Champions League but were determined to win the UEFA Cup as a retirement present for Oliver Kahn.

That confidence would be misplaced. During another statement performance, Zenit swept their vaunted opponents away and progressed to the final with a comprehensive 4-0 victory.

Tymoshchuk offered a fascinating insight into the side’s mentality before the game: “We had a packed stadium and unbelievable support, so again we came out confident in our ability,” he said.

“On the eve of the match, we had a chat with the coach; he wanted to change our tactics, but we sat down together with a few players and me as the captain and decided it wasn’t worth it. We wanted to play our football.

“We put in an amazing performance, winning 4-0 against a legendary team of European and world football.” 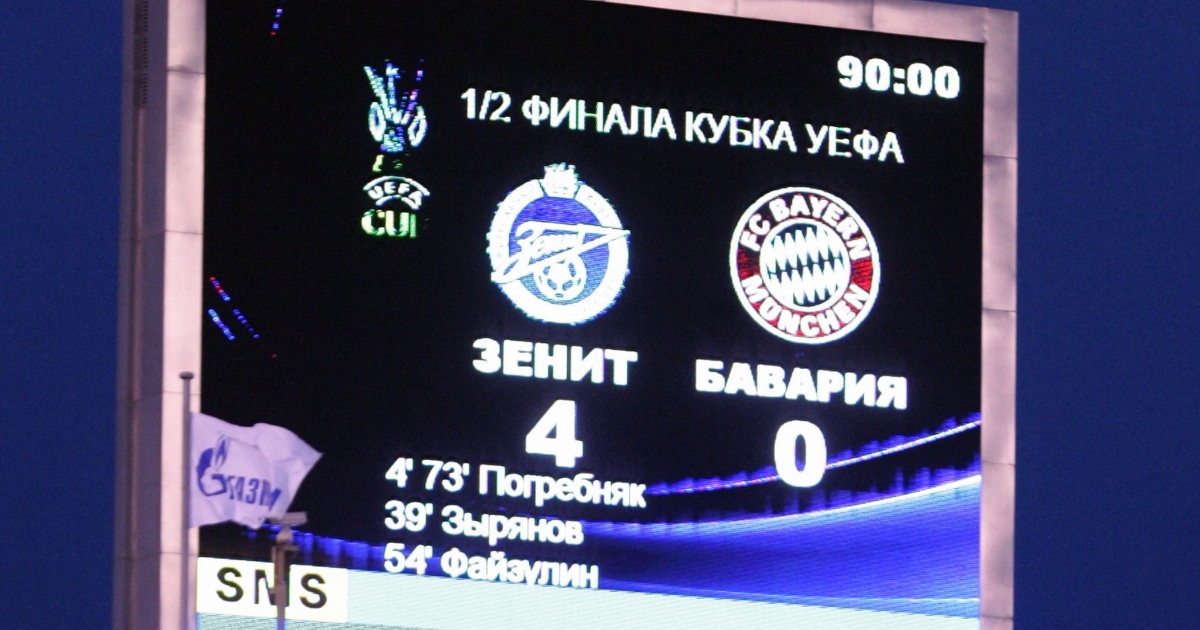 There was no stopping Zenit by this stage, although the final against Rangers presented a different task altogether. The Scottish side had reached the showpiece match with some attritional defensive football and it was the first time that Zenit were favourites for any match during the knockout stages.

Their fans would also be outnumbered at the City of Manchester Stadium. It was estimated that over 100,000 Rangers fans travelled down from Glasgow , which led to unsavoury scenes in Piccadilly Gardens when a big screen showing the game broke down.

But Advocaat’s side were always the more accomplished of the two teams. Rangers attempted to take the sting from proceedings and drag Zenit down to their level, but the Russian side remained patient and allowed their technical superiority to shine through.

Even so, it would take until the final 20 minutes for the decisive breakthrough. Midfielder Igor Denisov pounced on a loose ball, passed to Arshavin and continued his run.

Arshavin dissected the Rangers defence with a cute through ball and Denisov slid his shot under Neil Alexander for the opening goal.

As Rangers floundered, Zenit began to turn the screw. With the game’s final touch, Zyrianov poked the ball home from 18 inches out after another Arshavin-inspired move carved Rangers open.

“The emotions were amazing, unforgettable, which is how it should be when you win a trophy,” Tymoshchuk remembered.

“It was a historic moment that we can be proud about every day. We made history for our club and football as a whole, and it’s such a pleasure that every one of us contributed to all that we achieved.”

Like all great club sides built outside the top five leagues, Zenit’s team was soon dismantled. Arshavin, Tymoshchuk and Pogrebnyak – who finished joint top scorer in the UEFA Cup that season – were sold abroad and the club never came close to matching their achievement.

To this day, they remain the last Russian side to win a European competition.

But there was still the small matter of the UEFA Super Cup against Manchester United. Possessing the motivation their opponents lacked, Zenit outplayed United and secured a deserved 2-1 victory with goals from Pogrebnyak and new signing Danny.

They may have only shone briefly, but the 2008 Zenit side deserve to be remembered as one of the finest we’ve seen this millennium.