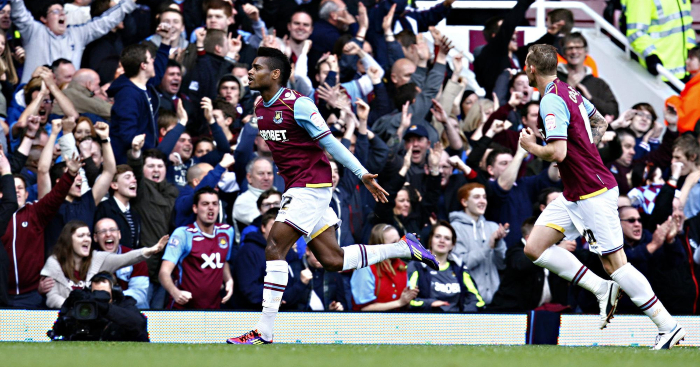 When fans talk about the players that the streets will never forget, names like Adel Taarabt, Hatem Ben Arfa, Demba Ba and Michu tend to spring to mind – iconic players that arrived with little fanfare or recognition and went on to steal the hearts of all those that watched them play.

To be a player that the streets will never forget is a mark of distinction like no other. It’s the footballing equivalent of being a man of the people.

There’s no trophy to lift above your head or prize money flooding your account. No, the unconditional, undying love, adoration and respect is all there is, which is probably why these kinds of players tend not to stick it out for very long.

Michu, the man who brought Iberian flair and goals galore to south-west Wales, just about made it through two seasons at Swansea.

Ben Arfa, the French magician whose mouth-watering dribbling and close control brought scenes of ecstasy to Tyneside, eventually had to force his way out of Newcastle, later describing his dying days at the club as “hell”.

Adel Taarabt, the toast of west London and arguably the Championship’s most skilful player ever, left QPR after struggling to find his feet in the first division. In the words of Paddy Kenny: “It was hard as a team-mate because sometimes he wouldn’t come into training or he couldn’t be arsed… but we knew we had to put up with it because he was going to be the difference between us getting promoted or not.

Clearly, there is a dark underbelly to being a player that the streets will never forget. The truth is, while seriously talented, these players are also troubled, tortured artists burdened with as much angst as they are with natural brilliance. These are players that walk the uncertain line between global stardom and mediocrity, and more often than not, they fall into the obscurity of the latter.

At West Ham United, the faithful have seen their fair share of heroes come and go in recent times. Dimitri Payet inspired the side to one of their best league finishes since the Premier League first began, Mo Diame was perhaps the standout performer of the club’s Allardyce era, and Scott Parker won three Hammer of the Year awards in a row.

Despite the competition, there’s one player that the streets of east London will never forget; a player who arguably contributed more to the immediate success of the club than any of his peers. The man in question is none other than the great Ricardo Vaz Te, the Portuguese gunslinger who secured West Ham’s promotion back to the big time in 2012.

The legend of Ricardo

With the name and appearance of a sleazy bartender that your drunk auntie decided to shack up with during the family holiday to the Algarve, Vaz Te gave the Irons’ faithful so much more than the momentary bliss of a balmy night on Portugal’s sun-drenched coast.

Like all great West Ham folk tales, it began on transfer deadline day. 2012 was still in its infancy and Sam Allardyce, the man appointed to get West Ham back to the Premier League at the first time of asking, was in the mood for a spot of panic buying.

Unsatisfied with the arsenal of striker options already at his disposal, Big Sam decided that, collectively, Carlton Cole, John Carew, Frederic Piquionne and Sam Baldock weren’t enough to get the Hammers over the line.

One after the other, a trio of rogues, outcasts and mercenaries were quickly drafted in; before the day was over, Allardyce’s band of misfits welcomed Bristol City heavyweight Nicky Maynard, Manchester United exile Ravel Morrison and Barnsley’s Vaz Te.

Unknown to anyone at the time, the acquisition of Vaz Te for £560,000 would go down as an Allardyce masterstroke straight from the Bolton textbook. During the first half of the campaign, Vaz Te had been quietly putting Barnsley on the map; in 24 appearances for the club, he’d netted 12 goals.

Vaz Te’s genius was elusive at first, his performances were erratic, his goals intermittent. The attacker’s first few goals were a modest amalgamation of tap-ins and towering headers, not entirely unusual for a striker in an Allardyce team.

By the end of March, Vaz Te had found the back of the net just five times for the Hammers. Fortunately, for all parties involved, the striker was about to take his performances to the next level.

In mid-April, across a period of just nine days, Vaz Te scored six goals in three consecutive games for the club, each strike seemingly more wondrous than the last. By mid-May, he’d be stabbing home the 87th-minute winner against Blackpool in the play-off final at Wembley in front of almost 80,000 baying fans.

Looking back at Vaz Te’s screamers, it’s impossible not to begin with Brighton’s fateful trip to the capital in April. From the off, things were looking bad for the Seagulls, and within eight minutes the striker had scored a brace.

His first came courtesy of a lightning bolt from 30 yards out and his second a header from close range. In the 62nd minute, the striker completed his hat-trick with an acrobatic overhead kick.

It was in that game that the Hammers faithful realised that this guy had it all, and he was gunning for promotion with a smile on his face.

Not a bad performance from Ricardo Vaz Te against Brighton! #OTD pic.twitter.com/hFiBGZa89v

Come the play-off semi-final against Cardiff City, a Jack Collison brace gave West Ham the advantage in the first leg, and the Hammers knew that an austere, defensive masterclass would suit them well enough.

But Allardyce’s boys, with Vaz Te leading the line, were now playing with an insatiable hunger and they put Malky Mackay’s side to the sword. Vaz Te’s goal, a thunderous strike right in front of the Cardiff fans, was the pick of the bunch.

Now, although Vaz Te had scored better goals during that campaign, it’s impossible to claim that any of them were more important than his iconic last-gasp winner in the play-off final. It was beautiful. Magnificent. Otherworldly.

It had been a tense afternoon, with Blackpool looking the more impressive of the two sides. Tom Ince and Matt Philips had run the West Ham defence ragged and it was beginning to look like the Irons had bitten off more than they could chew.

But late in the game, and with all the pace of a middle-aged kebab van owner, Kevin Nolan successfully chased down a long ball along the left touchline. He summoned the last of his energy and fired the ball into the box.

Cole struggled to control the ball and Blackpool goalkeeper Matt Gilks managed to push it to one side. In an act of unbelievable selflessness, an earth-bound Cole shepherded the ball to the one man more capable than anyone else of slotting it home. Vaz Te blasted it the ball into the roof of the net from six yards out.

The scenes of euphoria in the stands as Vaz Te tore off his shirt in celebration have gone down in the annals of West Ham’s modern history. The man Allardyce signed on the cheap from Barnsley had secured the team’s promotion back to the Premier League.

"RICARDO VAZ TE, MIGHT JUST, HAVE FIRED WEST HAM BACK TO THE PREMIER LEAGUE"

We returned to the Primer League 8 years ago today, after beating Blackpool 2-1 in the Championship Play-Off Final.#WHUFC #COYI pic.twitter.com/oAehsVlzMd

Despite a few moments of wonder – a free-kick against Cheltenham in the cup, his notorious goal against Tottenham and his overhead kick against Manchester City – Vaz Te was ultimately unable to replicate his Championship form in the top flight, and it didn’t take long before he had lost the confidence of Allardyce entirely.

At the beginning of the 2014-2015 season, Vaz Te was shipped off Turkish side Akhisar Belediye. After his spell in the Super Lig, the attacker ventured further east, pursuing fame and fortune in China.

At the time of writing, he’s currently plying his trade for Portimonense S.C. in Portugal’s first division. He’s yet to grab a goal for the club.

This drop-off may seem drastic for a player who was so prolific at one point for West Ham, but, in reality, that’s just how it goes in the modern game – especially when there’s money to made further afield.

In any case, unlike other West Ham folk heroes that may or may not have ingloriously defected back to the French Riviera, Vaz Te’s exploits are inscribed and entwined within the club’s history, never to be disregarded.