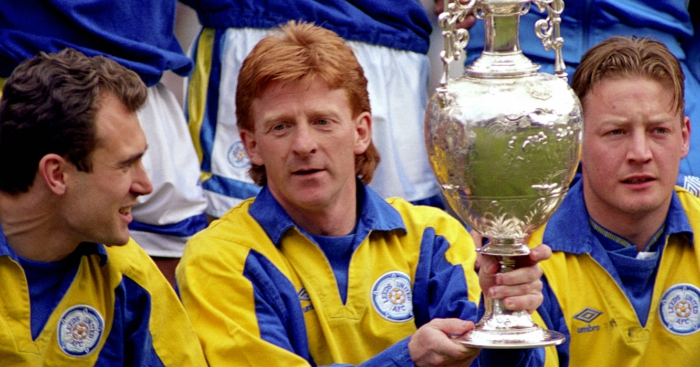 Tony Dorigo left Australia for England as a teenager, played in cup finals and Italia 90, and sparred with Doug Ellis and Ken Bates – but nothing could prepare him for meeting David Batty at Leeds United.

Born and raised in Adelaide, Dorigo was introduced to football by his Italian father and quickly established himself as a prodigious talent.

By the age of 15 he was training with Adelaide City’s first team, and it was at this point he decided to write to the top 12 clubs in England asking for a trial, well aware his ability could go to waste in a country which was yet to take soccer completely seriously.

Aston Villa were the only team to reply, and so off he travelled to Birmingham, quickly earning himself a contract at a club who only the previous season had been crowned champions of Europe.

After establishing himself in the first team at the age of 18, it only took a couple of seasons before the left-back was named the club’s Player of the Year, but he went on to join Chelsea after Villa were relegated to Division Two in 1987.

He earned international honours for his adopted country after becoming renowned as one of the best full-backs in England but suffered another relegation as the Blues lost to Middlesbrough in the only top-flight relegation play-off to take place on these shores. 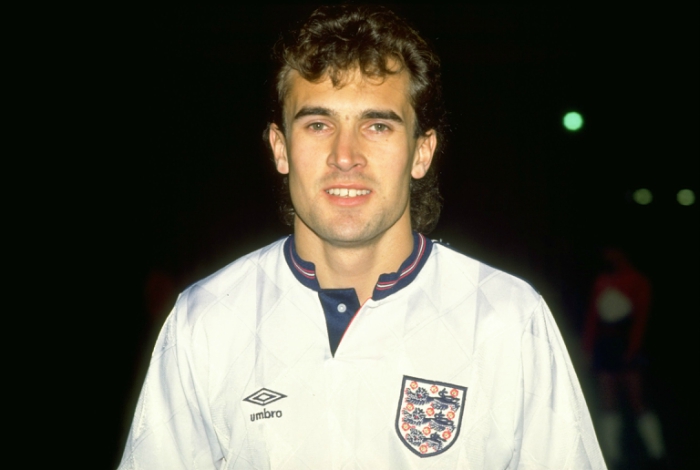 During this time he plucked up the courage to submit a written transfer request to Chelsea chairman Ken Bates, only to be told in no uncertain terms that he would have to see out the remaining two years of his contract.

His commitment to the cause never wavered, and after helping the Londoners win promotion back to Division One, he eventually moved to Leeds in 1991, tasked with adding a final touch of class to a team which had finished fourth in their first season back in the top flight under Howard Wilkinson.

Wilkinson’s training methods, much like his contemporary George Graham, were infamous for their repetition and rigidity, earning the manager the moniker ‘Sergeant Wilko’. And it was in these sessions that Dorigo first got a glimpse of the unique character of David Batty.

“At times it is boring, and the one player that was never involved in all of those was David Batty,” he told the Quickly Kevin, Will He Score? podcast.

“He would get so bored he would start pinging balls around everywhere and they would go, ‘Batts, get off, get on the other pitch.’ They would have to remove him ‘cos he just couldn’t cope.” 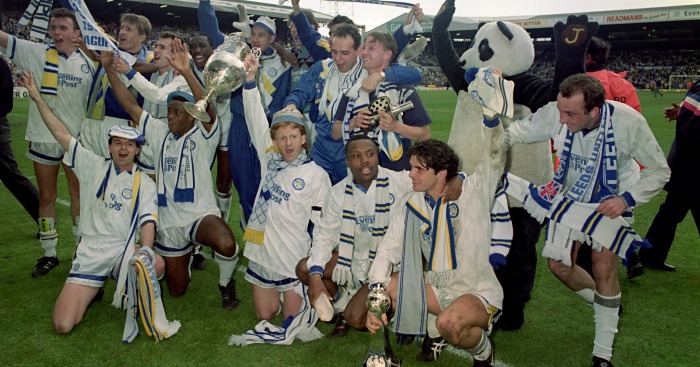 Batty is a player who provokes plenty of intrigue from fans and players alike. A cult hero at every club he played for, the tenacious midfielder’s life post-retirement has been the subject of plenty of rumours after disappearing into obscurity.

“They’re only rumours now because you can’t find him,” Dorigo quips.

“Fantastic player, absolutely fantastic player. One of those players that as a team-mate he’s the one you want. In the trenches I want Batts alongside me.

“He set the tone a lot at Elland Road and away. it would be a tackle in the first one or two minutes and you’d look into you opponent’s eyes – if the guy could get up because he’d be on the deck – and if they were up for it, then okay, but it was Batts that normally set the tone.

Given he has zero interest in keeping in football circles, Batty has developed a reputation as being distant from his peers. In an interview with the same podcast, Graeme Le Saux commented that Batty was the only player not to attend an anniversary of Blackburn’s Premier League title triumph.

Dorigo, however, became closer than most to the Yorkshireman.

“I roomed a lot with him with England. He was a nightmare. We went to New Zealand the once and we had a day off. You had a choice of either playing golf or going fishing. I thought, ‘Well I like my golf so I’ll go play golf.’ And so Batts went fishing and we met back at the room afterwards.

“He come in and his tracksuit was just covered in fish guts. I said, ‘Batts, your tracksuit, it’s absolutely disgusting.’ He says, ‘It’s not my tracksuit, it’s yours,’ and just took it off and gave it back to me.

“So then he whacks me with a pillow. So I get a pillow, and I whack him with a pillow. He then got a rolled up magazine and is whacking me with that.

“Next thing he picks up a silver tray that the food comes on and just flings that across and smacks me right in the teeth. It didn’t matter what you did, he was coming back with something harder.” 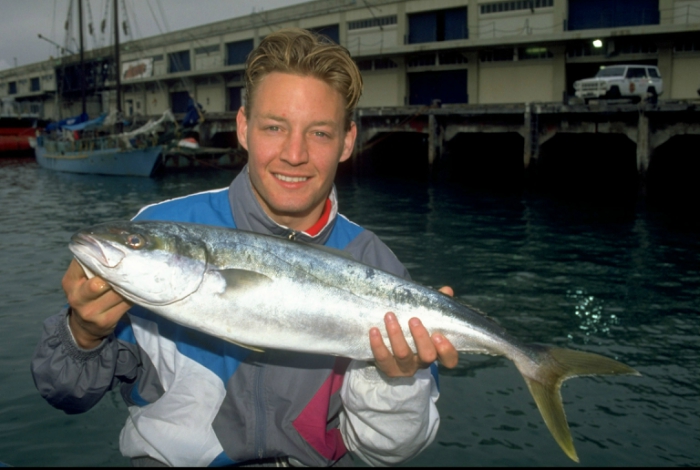 Dorigo wasn’t the only team-mate of Batty’s to feel the force of the midfielder’s competitive nature. He infamously fought with Le Saux on the pitch of a Champions League tie at Spartak Moscow with Blackburn, while Keith Curle had his jaw broken in an England training session.

“I think he’s gone up for the ball, elbowed him right in his jaw and broken it,” Dorigo recalls. “Keith Curle is holding his jaw, clearly broken. So he goes off to hospital, training continues and that’s it.

“Curley comes back to the table at dinner time after getting his jaw done and Batts is there sitting next to me. Of course, all Curley can actually eat is soup through a straw. So we’re all laughing, obviously, and we’re thinking Batts is going to say something.

“Batts said absolutely nothing and just got up, finished his meal and went back to his room. I’m thinking, ‘Batts, just say sorry!’

“There was no sympathy. He played like that, but that’s just the way he was, ultra-competitive, a great player, but if you get out on that pitch you better watch out.” 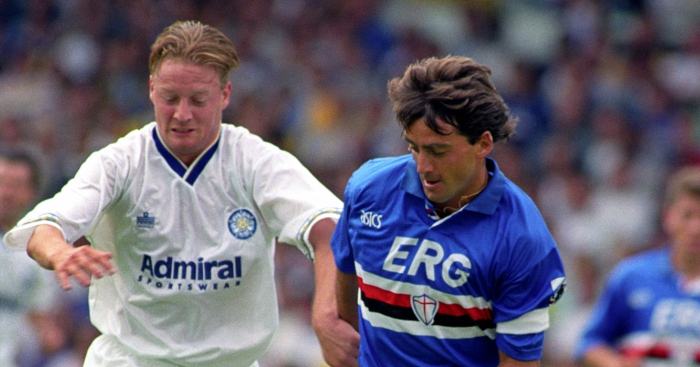 Despite seeing a somewhat awkward character in close quarters, Dorigo has nothing but fond memories of Batty – even if he stole his thunder on the day the left-back scored his first goal for Leeds.

“At every club they love one of their own coming through and Batts of course came through at Leeds United.

“The first goal that I scored for Leeds was at Elland Road and was against Manchester City. The ball came out from a corner, it bounced, and I’ve half volleyed it, pinged it, right into the top corner. It was a very good goal and I was delighted.

“A few minutes later Batty scores. Oh. My. God. It was like an earthquake, the noise. It was a shitty tap in, doesn’t matter, mine was forgotten. You felt the warmth for David Batty. Fantastic.”

To hear more wonderful stories about 90s football, listen to the brilliant Quickly Kevin, Will He Score? podcast