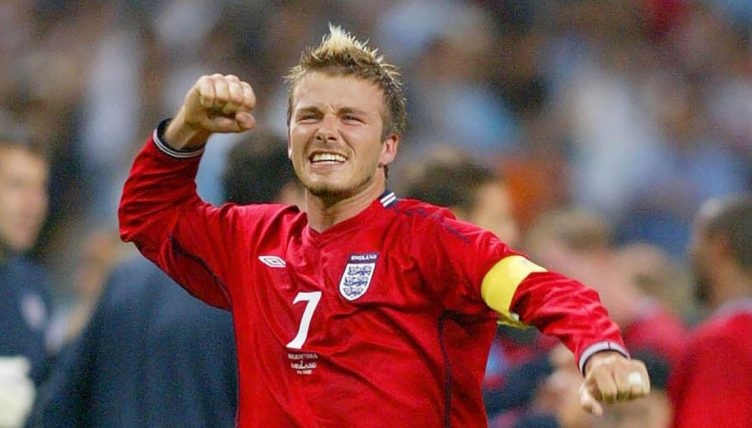 If not a new concept, the idea of a clutch player is at least a newish term.

It’s the Lionel Messi of Barcelona but not of PSG. It’s Massimo Maccarone for Middlesbrough in 2006 or Mario Balotelli for Manchester City as much as Sergio Aguero in 2012.

For England, at least for a little while, it was David Beckham.

It’s weird to look back at England campaigns in the early part of the 21st century and see such strong squads on paper struggle their way through qualifying campaigns.

While the 1998 World Cup and 2004 European Championships saw England look like legitimate contenders, their place was secured in both by crucial goalless draws away from home in the final qualifier, with potential play-off hiccups against Russia and Latvia respectively just one goal away.

And in 2002, an excellent squad was left on the verge of a play-off round exit before Beckham’s crucial contribution.

A team that had beaten Germany 5-1 in Munich ought to have been home and dry before their last game but somehow contrived to trail a Greece side with no points from three previous away games.

And yet, when Beckham placed the ball outside the penalty area with seconds remaining, there was a weirdly prevailing sense of ‘don’t worry, he’s got this’. 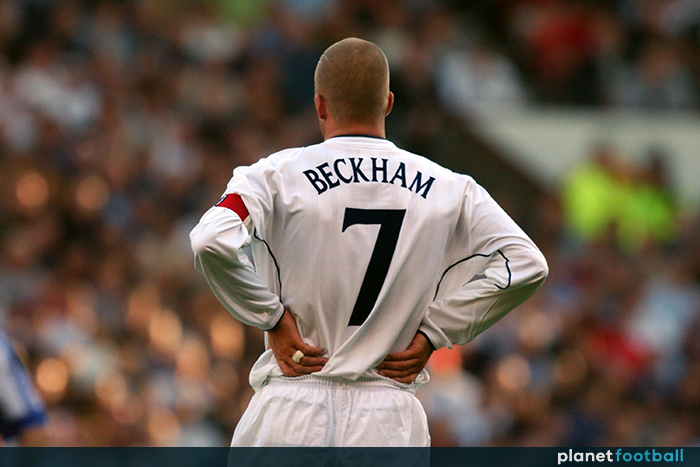 It wasn’t an ‘easy’ free-kick to convert, and even if it was, the concept of easy disappears in the final minute of a crucial qualifier where your country’s progress rides on whether you score or miss.

Easier chances have been squandered in similar high-pressure situations – Asamoah Gyan’s penalty against Uruguay is the obvious example, while if you want to go beyond football there’s Scott Hoch’s missed putt in the Masters – but Beckham’s approach and conversion seemed almost run-of-the-mill.

Perhaps it was the daytime setting removing the extra drama of a potential floodlit failure, or perhaps it was our memory of the two crucial corners against Bayern Munich two years earlier, but watching the match at home I distinctly remember thinking there was nothing to worry about.

We all know what happened next: he left Antonios Nikopolidis no chance and would step up again at a crucial moment to score a penalty winner against Argentina in the tournament proper, with only a moment of quarter-final genius from Ronaldinho blocking England’s path in the tournament.

David Beckham fires in a penalty after @themichaelowen is fouled by @SpursOfficial boss Mauricio Pochettino, to redeem his sending off against Argentina four years earlier. pic.twitter.com/v8hv7mpjdB

Beckham eventually amassed 115 England caps, winning his 100th against France on March 26, 2008, but it should have come earlier, in a European Championships play-off which England ultimately missed out on by a single point.

In the qualifying campaign for Euro 2008, the former captain was left out for a defeat against Croatia and draws with Israel and Macedonia, each of which passed without Steve McClaren’s team scoring a goal.

He also missed out on an ultimately vital defeat in Russia, while his introduction from the bench against Croatia (his 99th cap) was almost enough to turn the game around.

However, clutch contributions are considered such because they regularly leave the opposition with no time to respond. On that occasion, his assist for Peter Crouch simply came too early in the game, giving Croatia nearly half an hour to find a winner.

When we romanticise set-piece wizards of the past, the same names will regularly crop up.

Juninho Pernambucano tops plenty of lists, and rightly so, while many hold a candle for Alvaro Recoba or, more recently, Dimitri Payet or Hakan Calhanoglu.

While Beckham’s quality from dead-ball situations is rarely queried, he’s also unlikely to be the first or even second name on people’s lists.

This may come from a place of overfamiliarity, both on and off the pitch: seeing him regularly for Manchester United and England meant Premier League fans saw the good and the bad, while Juninho’s exploits were more two-minute supercut than 90-minute feature.

Similarly, we never saw Juninho outside the context of banging in goals for Lyon, while the idea of Beckham the celebrity ever being an elite football was confusing to some, asking themselves why he would need the extra non-football exposure if he was that good, while failing to accept it might not be a question of need or even one of want.

Had he not been surrounded by excellent England players, or by more decorated talents at Real Madrid, we may have been more ready to appreciate dead-ball talents which at times seemed so perfect as to have been scripted.

And that’s before even beginning to address what he was capable of from open play.

England were spoilt during David Beckham’s peak, to the point where his talents were almost taken for granted, but history will remember him, quite rightly, as a man for the big occasions.