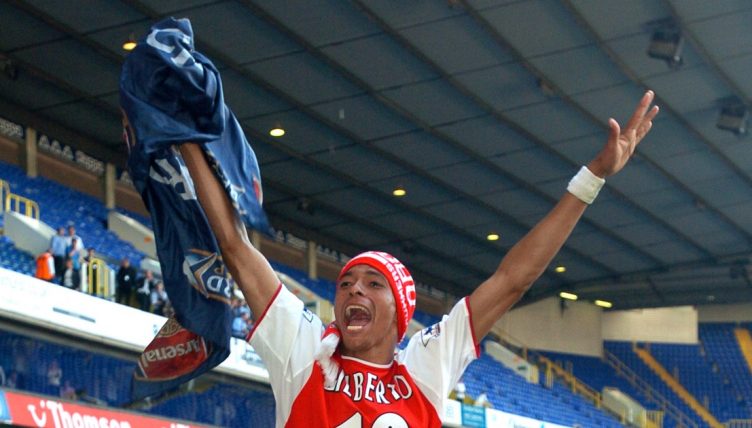 He might not be the first player that springs to mind when you think of the Arsenal Invincibles, but Gilberto Silva was undoubtedly one of the most important.

Gilberto Silva was not a sexy Invincible. He had neither Patrick Vieira‘s barnstorming physicality and towering charism nor a Dennis Bergkamp-esque elegance.

Though he seldom exhilarated fans, however, Gilberto was a crucial component in a team of romantic self-expressionists and outrageous football players.

The Brazilian was a water carrier in an ensemble of semi-deities, who came to embody the zenith of Arsenal’s club history and Arsène Wenger’s managerial career.

Gilberto was the perfect player to operate from the shadows: a guard dog in front of the defence, allowing Vieira to burst forward.

Wenger had spotted him at the 2002 World Cup in the Far East. Brazil’s No.8 had excelled alongside Kleberson in midfield – yes, really – to form the spine of Luiz Felipe Scolari’s XI and his unconventional 3-5-2 formation.

Leading Brazilian magazine Veja wrote of Gilberto that he ‘carried the piano for Ronaldo and Rivaldo to play their tunes on’. 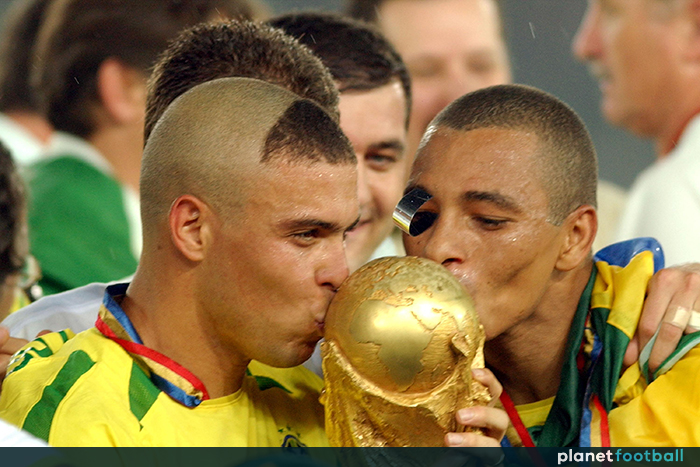 Not that Brazil were vintage World Cup winners. They were, however, the fittest team in Asia after a long and wearying season had paralysed some European teams, including defending champions France and the injured Zinedine Zidane.

Gilberto hadn’t even been expected to play at the tournament. He stepped in for AS Roma’s Emerson, who, on the eve of the finals, injured himself in a training-ground kick-about.

The Atletico Mineiro man went on to play every minute of every match, gong from surprise inclusion and fringe player to midfield lynchpin.

In the semi-finals against Turkey, he set-up Ronaldo for an extraordinary match-winning goal. On the left, Gilberto took the ball in his stride and, instinctively, without lifting his head, played in Ronaldo, who turned Fatih Akyel, zipped past Bulent Korkmaz and elegantly let fly a Futsal toe-punt.

Rüştü Reçber got a hand on the ball but couldn’t keep it out. He looked baffled at so much audacity from Ronaldo.

At Arsenal, Gilberto competed for a place in midfield with his younger compatriot Edu, who taught him about the club and it’s culture. It was a competition he won, making 32 starts in the Premier League to Edu’s 12 in his first season as he struck up a crucial understanding with Vieira.

He won a FA Cup’s winners medal in his first season. In his second, the Invincibles season, Gilberto embodied frugality in the game. He coupled it with a servility towards the team.

As Vieira pushed ever forward, Gilberto was required to steady the side. He did so brilliantly, exuding typical Mineiro qualities. Humility and hard work are among the core values in Gilberto’s home state Minas Gerais, rather than the flamboyance that is so often associated with Brazilians.

Gilberto was never a ball-hugging Samba star, but his diligent defending and practical approach to the game were much appreciated by Wenger, and perhaps undervalued by fans and observers. He combined intelligence with resilience.

His many virtues also extended to the dressing room. Unassuming and softly spoken, Gilberto always put the team first and blended in well on a personal level. 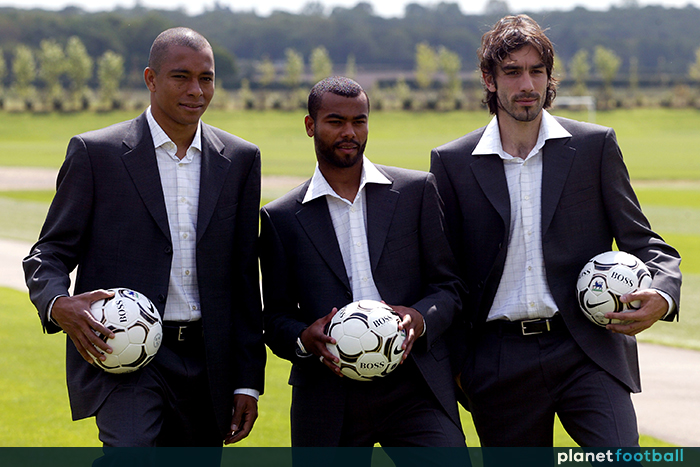 For a panoply of reasons, however, Gilberto never attained the heights of his Invincibles season again: his career-threatening fractured vertebra; the departure of his midfield accomplice Vieira; and Arsenal’s move to a new home, the Emirates, where the dimensions of the pitch made it harder for an ageing Gilberto to cover the width and depth of the field.

Still, for much of 2004-05, Arsenal struggled without the Brazilian, illustrating how crucial he was to the team’s set-up and equilibrium.

The following season, after Vieira left for Juventus, Arsenal suffered more as Gilberto, lower in the midfield, grappled with how to complement Cesc Fabregas.

He no longer had the legs to produce his trademark industry and effectively screen the rearguard.

In 2008, Gilberto left London for Greece’s Panathinaikos after 170 matches and 17 goals for the club. He won the Double in his second season in Athens and did what he always does: play solidly and act as a role model. Always crucial but never spectacular.

Though past his prime by now, Gilberto was still an integral part of the Brazilian national team.

Zinedine Zidane had played him out of the 2006 World Cup quarter-final in Frankfurt, spraying delightfully-weighted passes from a deep-lying midfield position to render Brazil’s midfield ineffective, but while the ignominious defeat marked the end of a Brazilian generation including Ronaldo, Roberto Carlos and Ronaldinho, it was not the end of Gilberto.

New coach Carlos Dunga enlisted Gilberto’s services again – first, as a short-term solution, then, as the senior figure in the team.

Remarkably, Gilberto won over 40 caps for Brazil after his 30th birthday, becoming a symbol of the Dunga regime: a player in the coach’s own mould. Gilberto was the perfect fit for Dunga’s interpretation of the game. 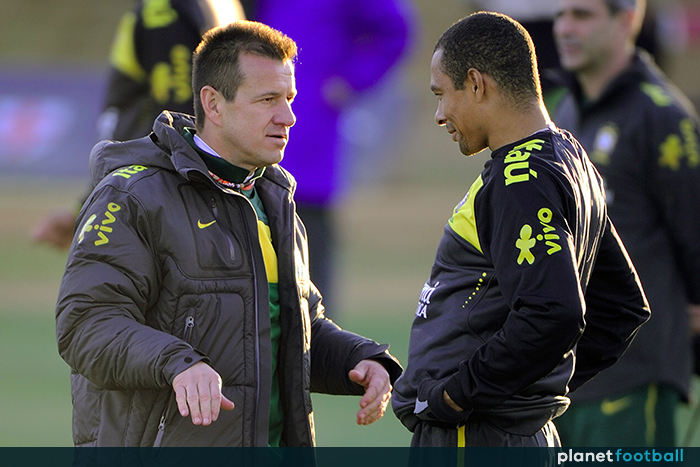 His experience and defensive consciousness were tailor-made to anchor Dunga’s midfield, but back home scrutiny ran deeper: could a player with limited passing skills hold such a key position for Brazil?

Gilberto had little of the virtuosity of past, great Brazilian midfielders. And he held one of the key positions on the field. He influenced the moment of transition from defence to attack.

He made it to the 2010 World Cup in South Africa, but Brazil collapsed, overrun, against the Dutch in the last eight. Gilberto, a substitute, trudged off the field. It was his last moment in the international limelight.

His legacy, however, will forever be linked to The Invincibles.