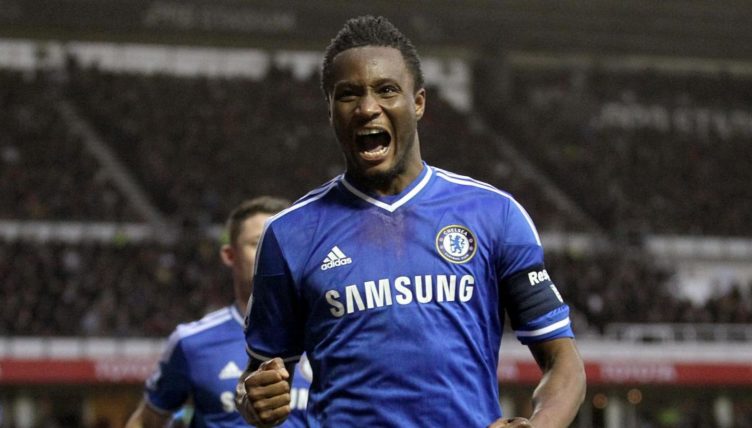 John Obi Mikel, who has announced his retirement from football aged 35, spent a decade of his career at Chelsea. He scored six goals in 374 games. Reliable but rarely a regular, his highlights reel from his time at Stamford Bridge is hardly a showstopper. But it could have been so different.

It was 2005 at the FIFA World Youth Championships in the Netherlands when Mikel first truly announced himself on the European stage, arriving at his coming-of-age party already almost fully developed.

Samson Siasia’s Nigeria Under-20 side finished second at that tournament, losing to an Argentina team led by a certain Lionel Messi in the final, and Mikel was so impressive that he was awarded the Silver Ball as the tournament’s second-best player. Behind Messi, of course.

He might have even pipped Messi to the Golden Ball had things gone Nigeria’s way in the final, a remarkable thing to say about a solid if unspectacular defensive midfielder.

Except, back then, Mikel was anything but. Born Michael but known as Mikel after a clerical error by the Nigerian FA in the build-up to the Under-17 World Cup in 2003, he was the Flying Eagles’ creative leader.

All long limbs and sprightly invention, Mikel was an attacking midfielder that led his team by example as they put opponents to the sword.

He had announced himself on the world stage and the only way was up.

Before Mikel had even had the opportunity to show off his talents at that tournament in the Netherlands, he was already at the centre of a hugely complicated and controversial transfer deal involving Chelsea, Manchester United, Lyn Oslo and a retinue of agents.

When the saga was finally resolved after a year of back-and-forth dealings, court filings and FIFA complaints, he joined Jose Mourinho’s champions in the summer of 2006.

With Frank Lampard at the peak of his powers and Michael Ballack joining from Bayern Munich on a free transfer in the same window, it was evident there was no place for the talented but inexperienced youngster, at least not in his preferred position further forward.

But Chelsea weren’t about to leave a player they fought tooth and nail to acquire rotting on the bench, and with Claude Makelele getting on, Mourinho converted Mikel into a defensive midfielder. 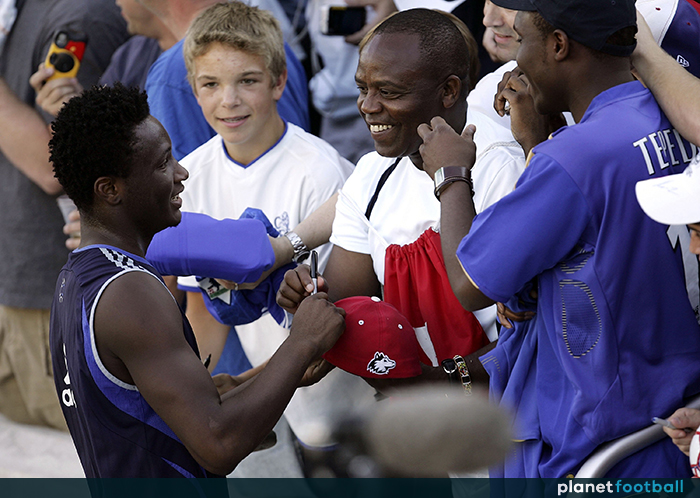 The reasoning was clear enough: Mikel was tall and strong, and with his experience as an attacking midfielder, he had an excellent range of passing that could enable him start attacks after disrupting play.

In theory, it could have been a masterstroke by Mourinho; after all, a leggy defensive midfielder with an eye for a pass was Pep Guardiola’s idea for that position as he went about trying to revolutionise the game with Sergio Busquets just a few years later.

In practice, however, Mikel became less ambitious with his passing the more he grew into the position. From his exalted position as the tyro in his days of youth football and in Norway, he became the water carrier.

To make matters worse, he was hardly guaranteed a place even in the unglamorous role, starting only 10 Premier League games in his first season at Stamford Bridge.

He upped that to 21 the following season and then 33 in 2008-09, but it was only ever Guus Hiddink that seemed to truly appreciate him, even bringing the Nigerian back from the cold in his second spell as caretaker after he’d been frozen out during the ruinous Mourinho season. 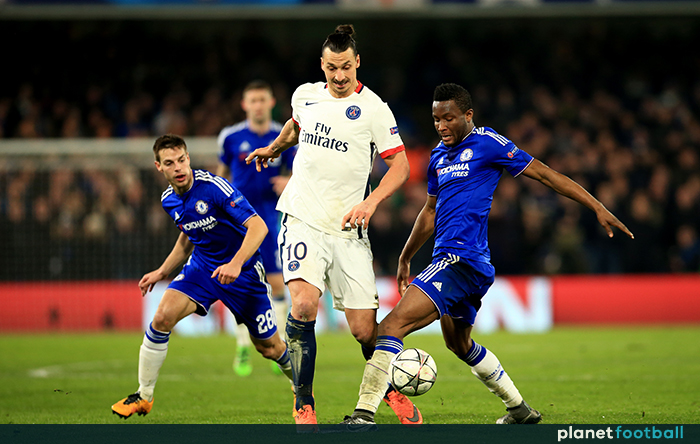 “If the team is not willing to defend well, or hasn’t got the right balance, then you’ll concede a lot of goals,” Hiddink said that season. “I think John Obi can be one of the key figures in bringing back that balance.

“On this podium, very talented players can explore their qualities. He reads the game very well, he knows where the strength of the opponent is and knows how to combat that.

“He has very good sense, he doesn’t do it in a brutal way, he’s very elegant. Someone who can defend so smoothly is very beautiful.”

Nigerian football is always on the lookout for its next hero, a player to be the leader of its national team. With the Super Eagles missing out on qualification for the 2006 World Cup and performing below par in the 2008 Africa Cup of Nations, the burden of expectation became even heavier on Mikel’s slender shoulders.

But hopes he could replicate the form that saw him beloved by his countrymen and coveted by two of England’s biggest clubs were misplaced; Mikel was no longer the creative force he once was.

This didn’t seem to matter to manager after manager in charge of Nigeria, however, as all of them tried and ultimately failed to build a team around him.

Mikel was effectively playing in different positions for club and country, and anyone could see it wouldn’t work. From being adored and feted by Nigerians, first there was animosity over concerns he wasn’t pulling his weight and then a general indifference. No one seemed to care about what he did anymore.

MORE NIGERIA: A tribute to the amazing Jay-Jay Okocha and that great Bolton team

The AFCON triumph in 2013 had more to do with others within the team – Emmanuel Emenike, Victor Moses and Sunday Mba, for example – than it did Mikel, but when he left Chelsea’s pre-season camp to join up with Nigeria’s Olympic football team in Atlanta in 2016, things changed.

Named Super Eagles captain by interim manager Siasia, he was outstanding on and off the pitch during Nigeria’s march to Olympic bronze in Rio, and having quietly become Chelsea’s second longest-serving player behind John Terry, he effectively ended his Blues career by making that country over club decision.

After refusing Nigeria’s call for the same competition in 2008, he was making up for lost time. 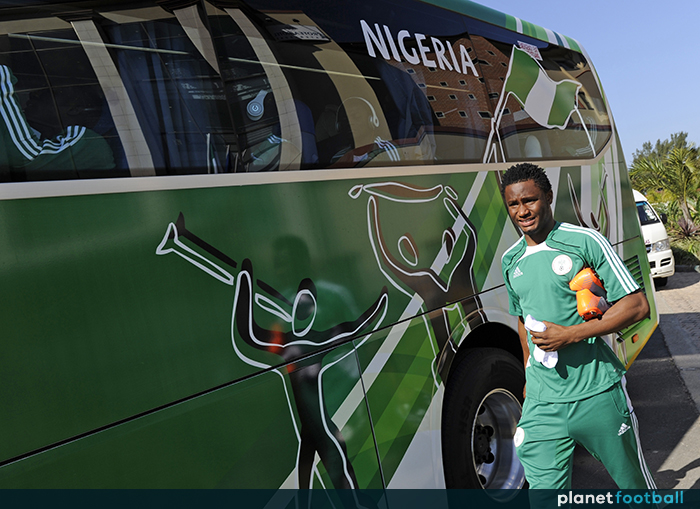 Whatever his motivation, Mikel made his presence felt, and in Atlanta and Brazil he had an enormous influence.

Within days of arriving in Atlanta for their training camp, the team faced the threat of ejection from their hotel over unpaid expenses. When Sports Minister Solomon Dalung told the press he was unaware of their plight, effectively leaving the squad to their own devices, Mikel stepped in to settle the costs out of his own pocket.

“Mikel made sure the money was paid and he even stepped in numerous times with his own money to fund the team,” Nigeria centre-back William Troost-Ekong told me in an interview afterwards. It was to the tune of £30,000.

With Mikel there still remains a pervading sense of a talent unfulfilled, a career ambling towards its end without exploring the outer edges of his undoubted abilities. But there’s a counter argument to that, one of a career making the most of a less than ideal situation he was thrust into.

He will never inspire poetry in the way Kanu Nwankwo and Jay-Jay Okocha may, but Mikel will still take his place in the pantheon of Nigerian greats when he calls time on his career.

READ NEXT: Where are they now? Chelsea’s first starting XI under Roman Abramovich