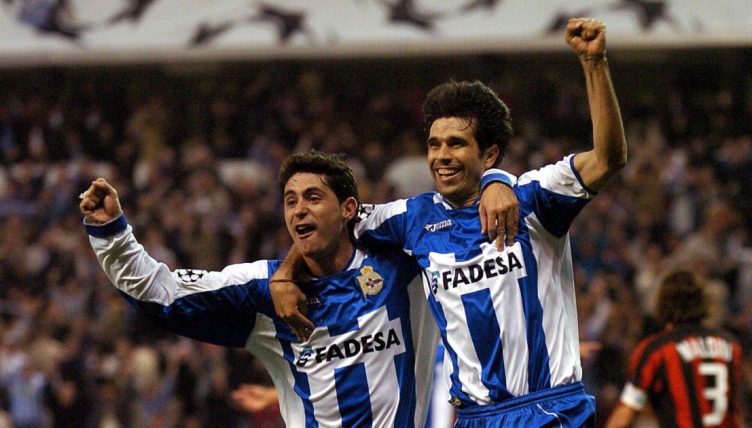 Juan Carlos Valeron was never the most talked-about player. He was only ever nominated for the Ballon d’Or once. But his career was truly remarkable and is well worth celebrating.

If you ever caught a Las Palmas or a Deportivo La Coruna game not knowing who Juan Carlos Valeron was, you might wonder what on earth the bloke jogging around wearing No.21 was doing there.

Watching this thin, ungainly chap moving around the pitch as everyone else flew past him as if on fast forward, you might fancy that you still had a chance of making it in the big time.

The guy in question looked as though he’d never seen a gym, let alone been in one. Was he seriously a top-level footballer?

Well, if you have ever seen Christopher Nolan’s film The Prestige, you will know that a magician always shows you something ordinary as the first part of a perfect magic trick. This is known as The Pledge.

The second stage, The Turn, involves him making the ordinary do something extraordinary. When the aforementioned No.21 received the ball, any onlookers that had not seen him before would surely realise they were watching magic. 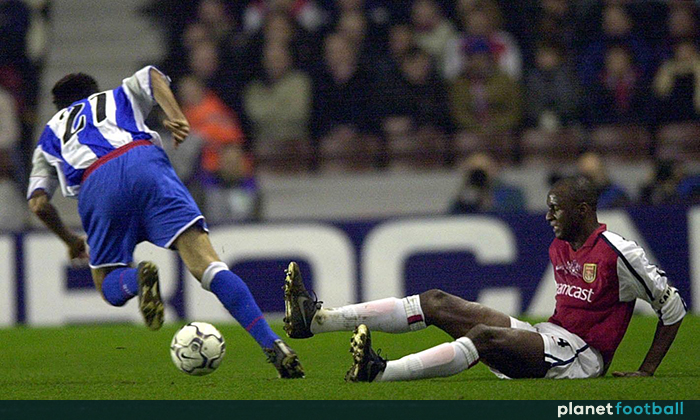 He would dictate a series of intricate and bewildering combinations with team-mates of such technical quality and speed that it would be difficult to foul him even if the opposition had wanted to. He would release a pass you wouldn’t even have thought of from your vantage point in the stand.

And all of this without breaking the pace you first saw him moving at. It’s then that you realise that you were wrong; the No.21 was the one on fast forward all along.

Could it have been a one off? Did you mistake the No.21 for someone else? He lacks speed, he lacks strength – surely if he performed this set piece on a regular basis he would be targeted by the opposition?

But then you realise it was the No.21. Then you see him do it again. And again. You see he’s controlling the game, prompting his team like they’re chess pieces on an invisible board.

That is the final and most difficult step of the perfect magic trick, The Prestige, in which the magician confirms to the audience that the ordinary has in fact done the extraordinary.

Juan Carlos Valeron performed this trick up until the age of 40 at the highest level in Spanish football.

It is said that football is viewed differently on the Canary Islands to the rest of Spain. The emphasis is on playing for pleasure.

The most famous Canary Islanders are poets, painters, singers and writers. And Valeron, El Flaco – the thin one.

He started and finished his career at Las Palmas, a club that has never won a major trophy. In between, he played for Real Mallorca for a year, followed by two years at a turbulent Atletico Madrid and then 13 years at Deportivo La Coruna.

He scored less than 60 goals for all of those clubs combined and only won a Copa Del Rey and Spanish Super Cup.

He was never a fashionable player, but sometimes the devil is in the detail.

“I think everyone enjoys watching Valeron. He’s one of those players you’d pay to watch.” When Andres Iniesta says that about a player, you know he was special.

Having shown promise playing in the lower tiers of Spanish football with Las Palmas, Valeron shot to prominence in the 1997-98 season for Real Mallorca when they finished fifth in La Liga and were runners-up to Louis van Gaal’s Barcelona in the Copa Del Rey.

That first season in the top flight was enough evidence for Atletico Madrid to take Valeron to the capital in 1998, but Atleti at that point were a club on the slide, finishing 12th in Valeron’s first season there and suffering the ignominy of relegation for the first time in 60 years in his second.

Despite that, Spain coach Jose Camacho still saw fit to base his plan for success at Euro 2000 around Valeron’s talent for controlling and opening up games.

It did not go to plan – after starting the tournament with a team of midfield creators in Guardiola, Fran and Valeron, first Fran and then Valeron were dropped – but perhaps herein lay the genesis of the idea for the successful Spanish sides eight years later, namely that Spain’s greatest asset for the players available and coming through the canteros lay in controlling games through the quick circulation of the football. 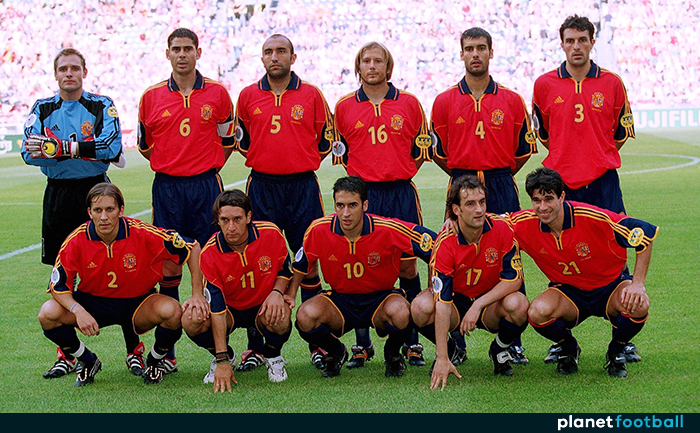 Either way, despite Atleti’s relegation and a then-familiar quarter-final exit for the national side, Deportivo de La Coruna signed Valeron that summer on the back of winning their first La Liga title.

It was at Deportivo where Valeron would reach the highest highs and the lowest lows of his career as he cemented his reputation as the nearly man of Spanish football.

At the time, coach Javier Irreuta was quietly putting together a side of both unfancied and unknown talents which would become one of the most attractive sides in Europe. A side which included names such as Noureddine Naybet, Djalminha, Aldo Duscher, Walter Pandiani, Roy Maakay, Diego Tristan, Amavisca, Joan Capdevila.

Deportivo finished runners-up in La Liga for the next two seasons. They won the Copa del Rey in Real Madrid’s backyard to stop Los Blancos completing a treble in their centenary season.

With Valeron behind them, it was no coincidence. Makaay described the Canary Islander as the best player he ever played with.

Against the bright light of Madrid’s Galatico’s project and the soap opera of Barcelona, the unheralded ‘Super Depor’ produced some of the great European performances of the first half of the decade in the new century.

There was the home and away wins against both Manchester United and Arsenal in the 2001-2002 group phase, a 2-1 away win against eventual winners AC Milan in 2002-2003, and the home win against Bayern Munich in that same season.

And of course, there was the historic comeback against AC Milan in 2003-2004 when Deportivo overturned a 4-1 deficit from the first leg against the holders with a 4-0 massacre in the second. Valeron was among the goalscorers.

One Spanish columnist was moved to state that Valeron was “Spain’s Zidane – only better.” 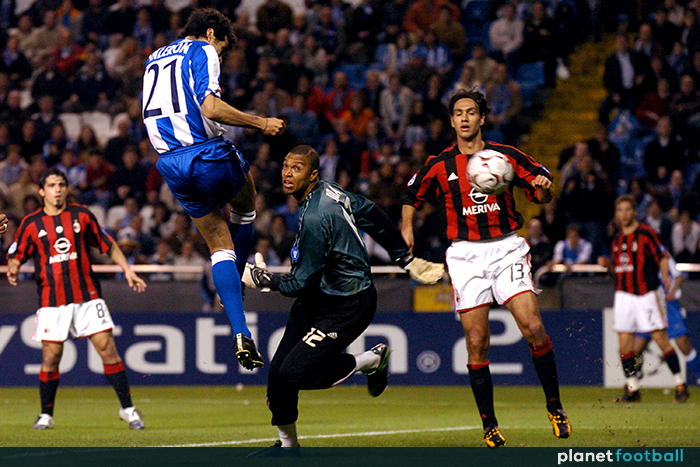 Valeron scored for Spain at Euro 2004 that summer, but La Roja failed to even qualify from their group. Inaki Saez was replaced by Luis Aragones, and Valeron would make his last ever international appearance in March 2005.

Eventually, Aragones would settle on a 4-3-3 formation with just one pivot in midfield and Raul dropped as a new, compact and more fluid Spanish unit was established.

It would draw on the type of player that was frequently being produced through the Spanish canteras: nimble footed, small technicians who could not run all day but made the ball do the work instead through constant, high speed circulations.

It would have been perfect for Valeron, and the fact it was created without him will surely have hurt. Along with Guardiola, he was the early prototype for the type of midfielder Spain is now famous for.

But by 2006 Valeron had bigger problems to deal with: a serious knee ligament injury in January 2006 led to three operations and almost three years out of the game. At one point, it was debatable whether he would ever play again.

Only in the 2008-2009 season did he return to regular action, by which point Spain had finally broken their duck by winning Euro 2008 with an unbreakable midfield combination of Xavi and Iniesta.

With young and hungry alternates such as Santi Carzola, Cesc Fabregas and Valeron’s heir apparent, fellow Canary Islander David Silva, available, there would be no way back into the national side. 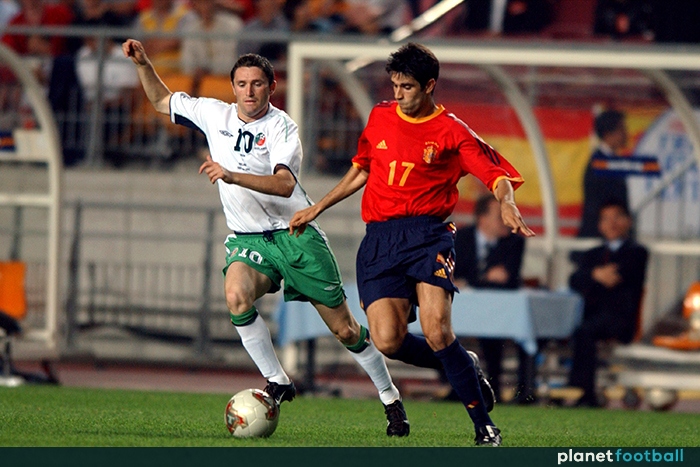 Worse was to follow, with Depor suffering relegation in 2011 as the end of a project that had taken the provincial club from nowhere to breaking the establishment by winning La Liga at the turn of the century. The fall had been coming.

Valeron would turn 36 that summer. Faced with the challenge of a season in the Segunda División, plenty would have decided to call it a day.

But Valeron stayed with the Branquiazuis to help them gain promotion back to the top flight at the first time of asking, making more league appearances that season – 39 – than in any other during his career at this point.

Then, when Deportivo were immediately relegated back to the second tier after a season back in La Liga, Valeron finally did leave, after 13 years.

But even now, aged 38, he did not retire. Instead it was time for him to return to Las Palmas, where it had all started. Incredibly, he beat his league appearance record from a few seasons prior, playing 45 times in the Segunda División in 2013-14.

The following season he helped Las Palmas to promotion back to La Liga and was persuaded to play on for yet another season.

“He should say goodbye to all the fields of the Primera,” Las Palmas president Miguel Angel Ramirez said. 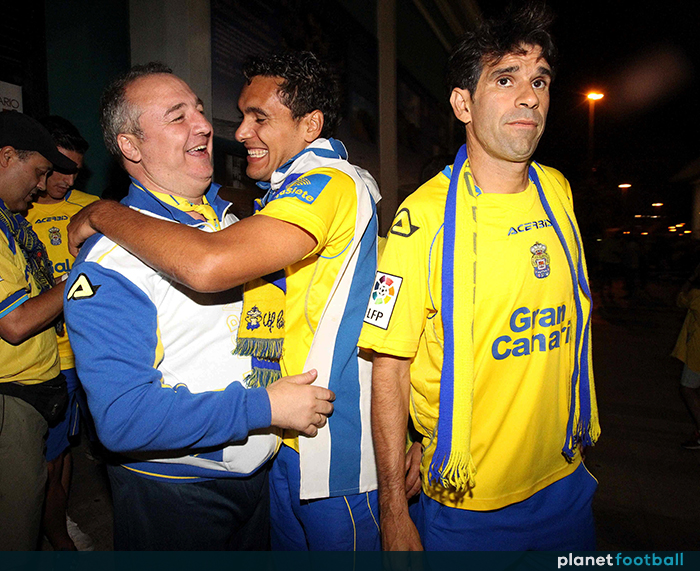 The Copa del Rey may have been the pinnacle of Valeron’s career in terms of silverware, but the impact he made on the game and other players was far greater.

David Silva still wears No.21 because of his icon, and when Las Palmas went to Barcelona in that final season of a career which spanned three decades, he was applauded onto the pitch by Barça coach Luis Enrique, his former international team-mate.

Even at 40, father time had not diminished Valeron’s quick transition play and slide rule passing, much to the joy of watching spectators. 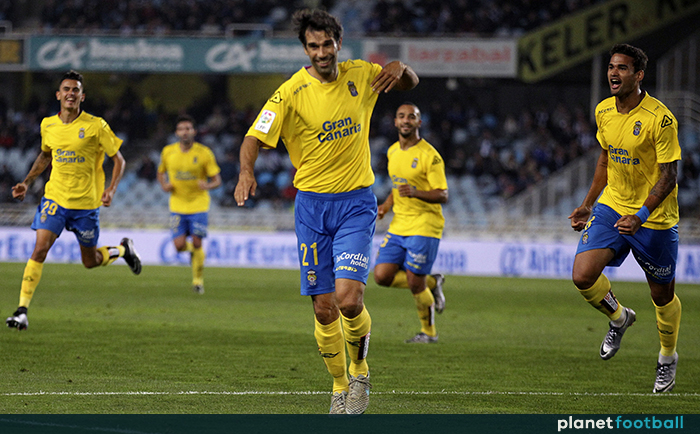 As Brian Glanville said, the physical democracy of football will surely always be the great equaliser. And so there will always remain the need for artistry in football to unpick the locks of tight defences.

“I love the fact that I am compared to Zidane. It is a compliment and I am proud.

“The fact that I am meaningful enough to compare our ways of playing is excellent, but he achieved great things in the World Cup and with Real Madrid. I did not, so we are different.”

He may not have possessed all of the traits nor the medals and accolades of the great Frenchman, but few could argue that Valeron didn’t possess the same artistry.

17 of the best quotes about Barcelona and Spain legend Xavi