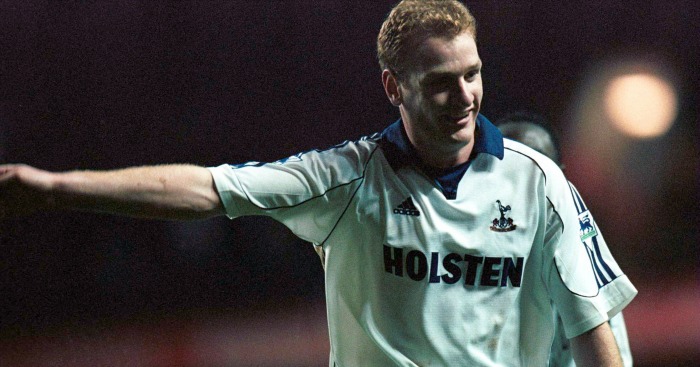 Gary Doherty might not have been Tottenham‘s best player during his four years at the club – but he was definitely one of the most popular.

There was a glorious time prior to the implementation of the transfer window for the 2002-03 season where Premier League clubs had up until March 31 to complete deals.

It meant clubs were at risk of losing players through much of the campaign, but it also meant they had ample time to find a replacement and could strengthen as they needed.

That was exactly what Spurs did in March 2000 when they agreed a deal of £1million plus future incentives to sign Luton Town’s 20-year-old Republic of Ireland international Gary Doherty.

Having signed Port Vale defender Anthony Gardner, 18, and Peterborough United pair Simon Davies, 20, and Matthew Etherington, 17, earlier in the year, Spurs were looking to build for the future and believed they had acquired some of the country’s most promising young players.

The fact the north Londoners would finish twelfth, ninth, tenth and fourteenth over the next four seasons would suggest they were wrong, but, in fairness, the young quartet made 420 appearances for the club between them.

Gardner (144) and Davies (147) accounting for more than two-thirds of that total, but it’s Doherty, The Ginger Pele, who’s undoubtedly most fondly remembered by Spurs fans today. 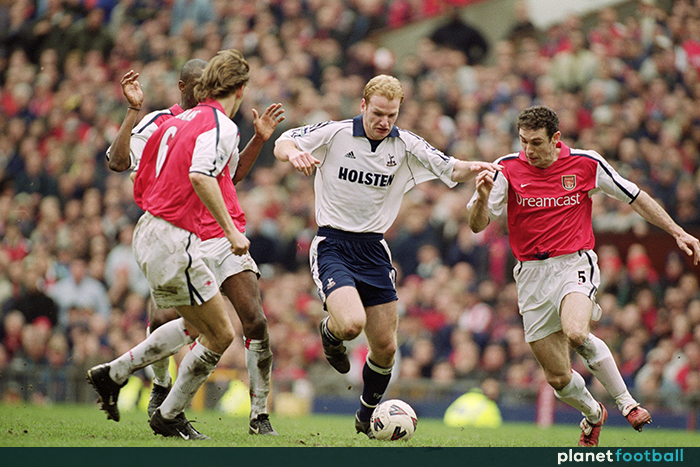 He was a rare breed of player capable of being deployed as either a centre-back or a centre-forward – an Irish Dion Dublin if you will – but he was not exactly a world beater in either position. Indeed, his name being read out on the teamsheet was often met with groans by fans inside White Hart Lane.

Yet somehow he is a bona fide Spurs cult hero. While he certainly wasn’t the most technically gifted player of his generation, his willingness to give his all each and every week endeared him to supporters.

Well, that and his goal against Arsenal in the 2001 FA Cup semi-final.

While that match brings up sour memories for Spurs fans – not only did they lose 2-1, it was Sol Campbell’s final game for the club before his infamous move to Arsenal later that summer – it was one of a handful of games that wrote Doherty into club folklore.

Titled on YouTube as ‘Gary Doherty wonder goal’, his opener that day at Old Trafford summed up his knack of almost inadvertently being in the right place at the right time. It was his third goal in five FA Cup appearances that season.

What made him such an endearing character was that, rather than rue his inadequacies, Doherty embraced his shortcomings and became something of a poster boy for a Tottenham side labouring in mid-table mediocrity.

This acceptance of his limited ability saw him work his way into the hearts of supporters, even if they were often frustrated at seeing him in the starting XI.

Spurs fans have had a number of cult heroes over the years, including Timothee Atouba, Paul Stalteri and Nicola Berti to name but three, but none were greeted with such welcoming applause as Doherty once he had departed for pastures new.

And though he was limited to a little over 60 Premier League appearances for the club, that tally would undoubtedly have been greater were it not for the broken leg he suffered in a Worthington Cup win over Torquay United in September 2001.

Though Doherty would return to action before the end of the 2001-02 campaign, he struggled to force his way back into the regular XI before eventually being sold to Norwich City by Jaques Santini in the summer of 2004.

He went on to spend six years at Carrow Road where he once again achieved cult hero status, to the extent of a local band releasing a song in his name in 2010.

“All the papers were giving Gary Doherty rubbish but he’s one of my favourite players,” said Harry Dawson, the lead singer of We Can’t Dance. “He’s a bit like Marmite, people either love him or hate him, but I’m one of those people who thinks he’s brilliant

That just about sums him up. Doherty wasn’t the flashiest of players, nor the most technically gifted, yet mention his name to any Spurs fan and it’ll almost certainly raise a smile.

The ‘Ginger Pele’ nickname may have been ironic, but it’s how he’s best remembered. As far as cult heroes at Spurs go, there are none more revered.