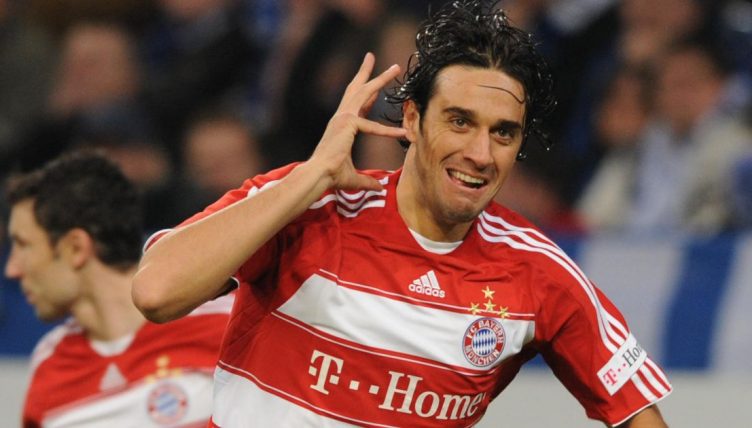 Luca Toni scored goals everywhere he went, but there’s part of every football fan that wishes he’d been given a longer run at Bayern Munich.

The World Cup winner has had one of those bizarre careers that don’t follow the path you’d expect from a world-beater. He was 23 years old when he played his first minutes in Serie A, but still enjoyed a near-uninterrupted 15 years of top-level football, scoring 20 or more top-flight goals on five different occasions.

One of those seasons came in Bavaria, where he moved 12 months after helping Italy become world champions at the Olympiastadion, but it can often be overlooked in retrospectives of his two decades as a pro.

One of the most striking developments in elite football in the 21st century comes in the general fitness and athleticism of those at the top of the game and even those a rung below. Yes, there were players in the aughts and earlier who were known for their looks, but the baseline was, broadly, a little lower.

It certainly felt unfair to find bullies with movie-star looks, as if to pointedly hog all of the talent just because they were allowed to. What’s even worse is that he’s continued to age flawlessly. Go on, just look for a photo of Toni in 2021 and get upset all over again.

Of course, this isn’t just an article about Toni’s looks, as much as it could be. We should probably point out that he was lethal in front of goal as well, scoring a career-best 39 in all competitions in his first Bayern season. Including goals like this.

It’s worth remembering that joining Bayern in 2007 wasn’t like joining them today. Not only had they failed to win the Bundesliga the previous season, they hadn’t even qualified for the Champions League.

Within that context, a 39-goal haul looks even more impressive, with his 24 in the league representing five more than his closest challenger. Ten UEFA Cup goals was joint-first, too, from fewer games than Zenit forward and eventual champion Pavel Pogrebnyak.

Bayern boss Ottmar Hitzfeld called the striker “unbelievably ruthless” after watching him fire the club through their European group stage. If you changed the names, you could easily imagine a more recent manager saying the same about Robert Lewandowski.

Unlike Lewandowski, though, Toni straddled two eras, having come up in a period where football was becoming more polished rather than already being there.

He came to Serie A at a time when the Intertoto Cup still existed, and when the Champions League had a second group stage. Modern football was still finding out what it wanted to look like, but he figured out his own path quicker than most.

Sadly, an injury and a falling-out with new manager Louis van Gaal ensured the first season in Munich would be an outlier, even if one of his best goals for the club came in 2008-09.

The effort against Eintracht Frankfurt just looks like an adult playing football against children. The idea that Franck Ribery’s free-kick was dinked ‘into space’ is a misleading one when no one other than Toni was capable of occupying the space in question.

At first glance, it looks like goalkeeper Oka Nikolov gets close to keeping out the shot, but it’s hard to think of anything more inevitable than the ball hitting the back of the net from Toni’s boot. Well, maybe the trademark celebration that followed.

“I asked him at half-time if he wanted to play the whole match or come off and he said ‘Tor, Tor, Tor’,” Hitzfeld said of Toni after one of his match-winning performances in that debut season.

Whether that single-mindedness disappeared in the years after his Bayern exit or whether he lost a bit of himself in a wider sense is hard to gauge, especially in the light of him rediscovering his lethal touch at Verona to close out a memorable career.

One thing’s for certain, though, namely that he plotted out a leading man pathway like someone responsible for writing his own scripts: the bang-bang-bang post-breakthrough impact, the high point in his twenties, and then a renaissance which would make Matthew McConaughey proud.

With all of this, though, you’re always left wondering what would have happened if he’d spent a little longer making foreign films when he didn’t need to but simply wanted to?