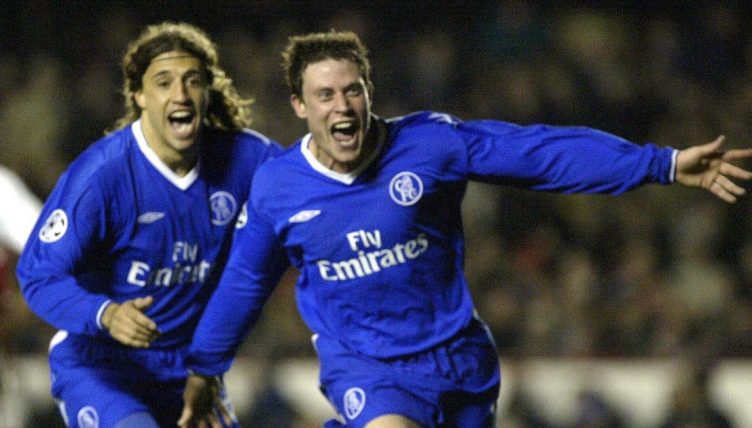 On 6 April 2004, Chelsea were desperately seeking to make a statement of intent in their Champions League quarter-final second-leg against London rivals Arsenal to validate their newly-established trophy-winning credentials.

Following the takeover of Russian billionaire oligarch Roman Abramovich in the summer of 2003, the Blues possessed massive reserves of wealth and were able to splurge over £100 million on their squad, bringing in star names such as Hernan Crespo, Claude Makelele and Juan Sebastian Veron.

There was just one enormous elephant in the room ahead of their trip to Highbury: Chelsea had not beaten Arsenal in their last 17 encounters in all competitions.

Within that same 2003-04 season, they had faced the Gunners three times before their Champions League double-header, and lost all three matches, with a pair of 2-1 defeats in the Premier League, and another 2-1 defeat in the FA Cup, thanks to a superb brace from Jose Antonio Reyes.

That Reyes-inspired win remarkably meant Arsenal had eliminated the Blues from the FA Cup for the fourth year running.

Ultimately though, from that grand summer spending spree, it was one of the Blues’ less-heralded signings Wayne Bridge whose late strike torpedoed Arsenal’s European hopes and altered English football forever, sending the burgeoning Chelsea juggernaut ‘out of control’ over the next two decades.

A draw at the Bridge

When the Champions League quarter-finals came around in late March, Arsenal were the resounding favourites. They were in imperious form, flying high atop the Premier League table, nine points ahead of the Blues in second, having won their previous nine league games.

So, after an entertaining 1-1 draw at Stamford Bridge in the first leg, Chelsea were burdened with the task of overcoming Arsenal’s away goal in the return fixture at Highbury. What’s more, they would have to do so without talismanic captain Marcel Desailly, owing to his red card late on at the Bridge.

Yet, something about that first-leg draw had felt different for Chelsea.

Of course, the Blues’ winless run against Arsenal had been extended to 17 games, but former Blues winger Joe Cole later recalled entering the second leg with confidence gradually building amongst his team-mates as they prepared to pit their wits against the Gunners for the fifth and final time that season.

On the All to Play For podcast, Cole said: “We were the new kids on the block. And going up against Arsenal… We had a good team, some good players, but we felt like on the pitch… we were always playing catch up.

His point is valid, in hindsight. Six of Chelsea’s starting XI that walked onto the pitch for their second leg at Highbury were 25 or under: Frank Lampard, 25; Damien Duff, 24; Scott Parker, John Terry, and Wayne Bridge, all 23; and Cole himself the youngest at 22.

Rather than viewing every disappointing result as a definitive negative, the young nucleus of this Chelsea side was heeding the subtle lessons from each encounter.

On the April evening of the second leg, in what was a frenetic, fast-paced match from the very first whistle, that optimism swelling inside the Chelsea players was severely punctured just before half-time when Arsenal forward Reyes poked the ball in from close range to give the home side the lead.

Interestingly, in all four of their previous match-ups with Arsenal that season, the Blues had taken the lead each time, but in every instance were still unable to emerge on top.

Any slivers of hope the Blues retained of progressing to the semi-finals now necessitated a valiant comeback of their own. Not for the first time, it was opposing keeper Jens Lehmann who provided their much-needed lifeline.

Two mishaps from the German shot-stopper supplied Chelsea with two goals over both legs.

First, at Stamford Bridge, he rushed out of his box and cleared the ball into the body of Eidur Gudjohsen, who stroked it into the empty net. 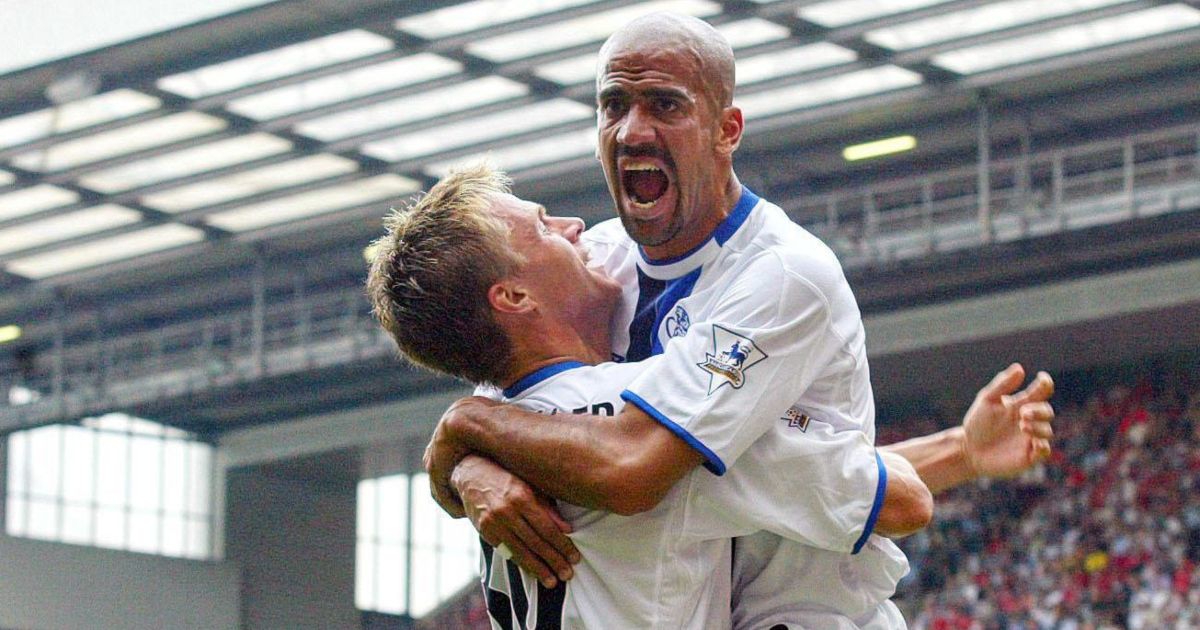 READ: Where are they now? Chelsea’s first starting XI of the Abramovich era

Then, at Highbury, Lehmann unconvincingly parried Claude Makelele’s long-range shot into the path of Frank Lampard, who obligingly tapped the loose ball into the net to equalise.

From there, the pendulum of momentum emphatically swung in Chelsea’s direction, and as a growing level of discomfort emanated from the home crowd onto the pitch, Claudio Ranieri’s men grew into the ascendancy.

That much-coveted win against Arsenal was within touching distance, and moved tantalisingly closer with every chance.

Frank Lampard saw a fierce drive from outside the box whistle into the side-netting shortly after his equaliser.

Gudjohnsen thought he scored a dramatic winner in the 85th minute when Joe Cole squared the ball across the penalty box for the Icelandic striker to convert from eight yards. Only a heroic goal-line clearance from Gunners left-back and future Blue Ashley Cole denied Chelsea from delivering their knockout blow.

Cole needn’t have bothered. The wheels on the ‘Chelsea Express’ were already in motion, and just two minutes later, the game’s decisive contribution did come from an English left-back.

This time, though, it was Wayne Bridge. He rolled into the penalty area like a runaway locomotive after playing a neat one-two with Gudjohnsen, before thundering a first-time, left-footed shot that hit the net before Lehmann had finished diving.

A classic all-London clash as Chelsea knocked out Arsenal in the Champions League quarter-finals 🔴🔵 pic.twitter.com/OkHWcddeIg

The travelling support, all tightly bundled within the Clock End, suddenly erupted. The home fans were left crestfallen, sat in stunned silence. Arsenal one, Chelsea two. The Blues had clearly not read the script.

Scoring two goals with just two minutes plus added time to play was simply too tall an order for a shellshocked Arsenal side. Once the final whistle shrieked to bring the evening’s action to a close, Chelsea had at last secured their long-awaited victory over Arsenal.

The footballing landscape would never be the same again Bridge’s epic strike, yet the seismic ramifications were actually not felt for a while afterwards.

Arsenal proceeded to brush themselves down after their bitter defeat, and assumed the legendary status of Invincibles a month later, capturing the Premier League crown.

Champions League glory, though, proved painfully elusive, and Wenger cited this quarter-final encounter as one of his biggest regrets in his 22-year tenure at the club, lamenting how his players were stretched to their physical limits three days after a gruelling FA Cup 1-0 semi-final defeat against Manchester United.

Speaking at an interview at the London Palladium last November, he said: “Playing in the same week Manchester United on Saturday, Chelsea on Tuesday in the Champions League… I made maybe the mistake to play the full team on Saturday against Man United. They kicked us off the park.

“Then we lost against Chelsea [in] a game that with fresh players we would not have lost. Maybe I should have prioritised the Champions League that season.

“The regret is that we were so close to winning the Champions League and didn’t do it. It would have finished the job.”

Meanwhile, Chelsea’s own hopes of European glory were swiftly snuffed out in the semi-finals by Monaco, the 5-3 defeat coming due to Blues boss Claudio Ranieri making tactical changes so inexplicable that one could even imagine Pep Guardiola baulking in horror at the sheer extent of the “Tinkerman’s” tinkering.

However, the magnitude of their landmark victory over Arsenal was not at all lost on their players.

Joe Cole, on the All to Play For, said: “I think that was a turning point in Chelsea’s history, because that Arsenal team would be Invincibles and they were unbelievable, but on that day we were a young, energetic, vibrant team.

“That night when we beat them, I felt for the first time you can puff your chest out with that team and compete with them… So I felt that game was [about] closing the gap and that was the game where we just got ahead of him in that sense.” 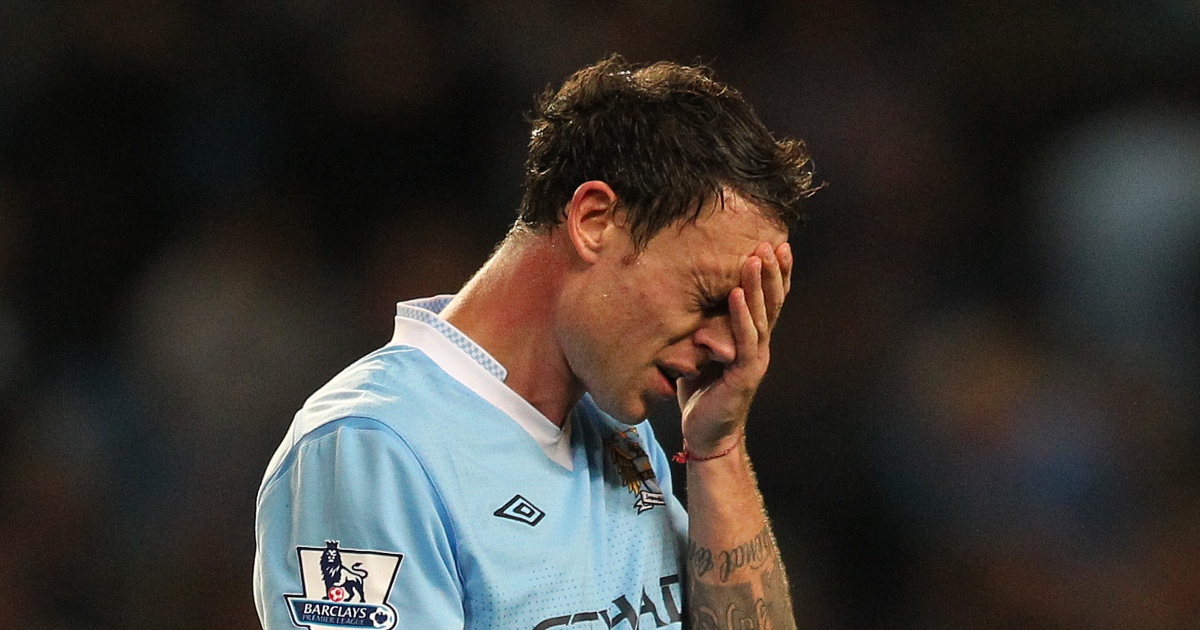 From there, Chelsea did not look back. In regards to their record against Arsenal, it would take over three full years before the Gunners defeated the Blues again in any competition, in which time Chelsea had won two Premier League titles, two League Cups, and an FA Cup as a new dominant force emerged in the English capital.

What’s more, a certain Portuguese manager – who eventually became Chelsea’s most successful manager and ignited the unprecedented era of success – may actually have that quarter-final at Highbury to thank for launching his career.

With Chelsea disposing of tournament favourites Arsenal in the quarter-finals, and defending European champions AC Milan and Real Madrid falling by the wayside at the same stage, the path was cleared for Jose Mourinho’s Porto side to unexpectedly claim the trophy that year.

Would the ‘Special One’ have been such top of Roman Abramovich’s managerial shortlist had he not won the Champions League and Arsenal had gone on to triumph instead?

To this day, Blues fans still occasionally sing a chant to commemorate that seminal moment at Highbury: “Follow, follow, follow, there was only two minutes to go. It was Wayne Bridge’s goal, that sent us out of control, and sent the Arsenal out the Euro.”

While the Abramovich era reaches its acrimonious final stages at Chelsea, it is impossible to overlook Wayne Bridge’s winner as the key catalyst for the club’s substantial success over the past 18 years.