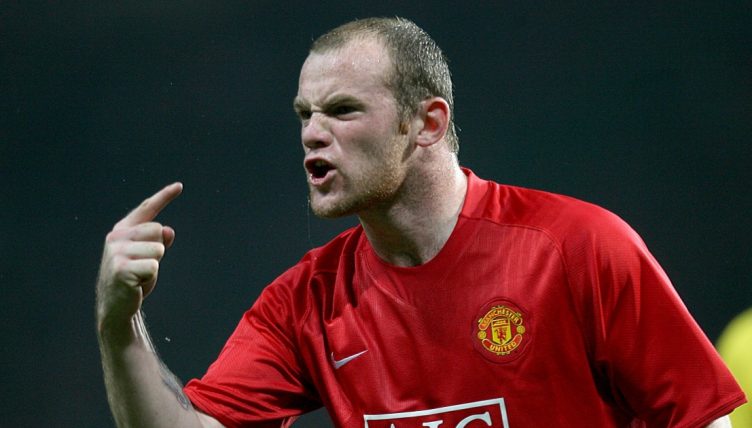 Wayne Rooney scored a record-breaking 253 goals in his illustrious Manchester United career – but there’s one that always seems to stand out above the rest.

Rooney famously helped United to a 2-1 win over local rivals Manchester City in February 2011 with a sensational overhead kick that left Joe Hart rooted to the spot.

The goal – and subsequent celebration – was immediately shown all over the world and is arguably the defining image of Rooney’s career.

“The execution was incredible. It’s not as if that unforgettable overhead finish was delivered from the six-yard line. He was 14 yards from goal. It also took a deflection as he was running in.

“Nani’s cross veered off a City player, so Wayne was forced to make an amazing mid-air adjustment. That was the best one, for my money.”

But Ferguson was wrong. While the winner against City was undoubtedly an iconic strike, it wasn’t even the best goal that Rooney scored for United.

Back in April 2005, United were 15 points behind Premier League leaders Chelsea and found themselves 1-0 down at home to Newcastle.

Frustration and aggression began to bubble up inside a 19-year-old Rooney, who hadn’t scored in five games and was becoming increasingly fed up with the officiating of Neale Barry.

To make matters worse, he was struggling with an injury and was about to be replaced by Kleberson.

His imminent substitution proved the spark that lit the bonfire, and Rooney began to give Neale Barry a piece of his mind.

Like Super Mario receiving a power-up, this cocktail of anger and frustration seemed to enhance Rooney’s abilities and make him unstoppable.

The striker then took his emotions out on the ball with a thunderous right-footed volley that flew past Shay Given in the Newcastle goal.

“It was Alan Shearer, he was committing foul after foul but the referee refused to book him,” Rooney told BT Sport in 2018.

“I said, ‘If that was me, I know 100% I’d have a yellow card.’ But because it was Alan Shearer he wasn’t booking him. I was a bit upset with the referee and I took that anger out on the ball.

“I was getting taken off because I was struggling with a dead leg. It was just sheer anger and aggression and it turned out to be one of the best goals I’d ever scored.”

Most players would be delighted after scoring a goal of that quality but such was the level of Rooney’s rage, he celebrated by simply lashing the bewildered ball into the back of the net for a second time.

But that was young Rooney in a nutshell. A fiery, often petulant, but truly world-class talent.

The boy from Croxteth, who is regarded as the last great street footballer, has always seemed angry at the world and unable to control his pent up aggression.

He was given the nickname ‘Dog’ during his time at Everton and United team-mates recognised that Rooney was a time-bomb waiting to explode.

“Wayne Rooney always struck me as a very angry young man, always arguing with people outside the training ground, especially on the phone,” Rio Ferdinand said in his autobiography.

“He seemed to fly into a rage about the smallest things and went through mobile phones like they were sweets. He’d smash phones up in frustration, throwing them on the concrete.”

But anger, when channelled correctly, is a valuable tool and it gave him an edge when he stepped over that white line.

Despite being a striker, Rooney loved a full-blooded tackle in his youth and often attacked the ball like a Pitbull grabbing at its helpless prey.

Rooney was undoubtedly at his best when he was being aggressive on the pitch, striking fear into hundreds of defenders and goalkeepers.

It could be argued that he was Ferguson’s representative on the pitch as the legendary manager was also renowned for his hot-headed nature and Vesuvian eruptions.

Ferguson probably saw a lot of himself in a young Rooney, especially whenever they confronted each other in the Old Trafford dressing room.

“I admit I gave Wayne a few rollickings,” Ferguson said in his last autobiography. “He would rage in the dressing room when I picked him out for criticism. His eyes would burn as if he wanted to knock my lights out.”

Admittedly, Rooney’s temper sometimes got him into a lot of trouble, and he received a few red cards during his career.

During England’s 2006 World Cup quarter-final against Portugal, he got frustrated with the referee’s decisions and was sent off after planting his left foot on Ricardo Carvalho’s crown jewels.

Not content with injuring one Portuguese centre-back, he then elbowed Pepe in a pre-season friendly a few weeks later and received another red card, which saw him miss three Premier League games in 2006-07.

Alongside Portuguese defenders, referees were often left feeling the brunt of Rooney’s anger. He once received a second yellow for sarcastically clapping a referee and later got sent off in a 2-0 defeat to Fulham for throwing the ball towards the referee.

According to The Athletic, United first-team coaches used to take turns to referee their training games and dreaded giving a decision against Rooney’s team.

But Rooney’s most iconic outburst came in February 2011 after scoring a hat-trick in United’s 4-2 win over West Ham at Upton Park.

While most players would be grinning from ear to ear, Rooney was still looked like a bulldog chewing a wasp. Instead of kissing the camera in front of him, he randomly shouted: “Fucking what? WHAT? Fucking hell!”

As a spectator at home, you feared that he might reach out of the television and rip your head off.

He subsequently received a two-match ban and missed the FA Cup semi-final defeat to Manchester City but that’s the price you had to pay.

Managers were willing to accept that Rooney might do something that would leave them shaking their head once a season if it meant that he would produce brilliant performances for the rest of the campaign.

“I want Wayne to have fire in his belly,” David Moyes said after Rooney kicked out at Cardiff City’s Jordan Mutch in November 2013. “He plays better when he’s tough and aggressive.

“I don’t want to change Wayne Rooney, that’s for sure. I don’t want him to be kicking at anybody, but I want him aggressive, challenging and full of running.

“And at the moment we’re seeing a really good Wayne Rooney who’s in top form and scoring goals as well. It’s a big part of his game.

“He’s an aggressive player, he plays with his heart, as well as the skills he’s got in abundance. That’s a big part of what he is. That’s the way he was when he was a boy at Everton with me.”

But his impressive form in the 2013-14 season didn’t last for very long. After taking on the captain’s armband for both club and country in 2014, Rooney started to mellow and lead by example on the pitch.

The former England international had seemingly downed a pint of Gaviscon and that fire in his belly was suddenly extinguished.

During his final three years at Old Trafford, Rooney was a shadow of the player that burst on the scene at Everton and became a fan favourite at United.

Admittedly, Rooney did lose a yard of pace in his late twenties and arguably had the same burnout that struck former team-mate Michael Owen.

But, more importantly, he’d lost the superpower that had made him so special: pure, unadulterated anger.

READ NEXT: ‘What an a**hole!’ – Three GKs on trying to stop peak Wayne Rooney