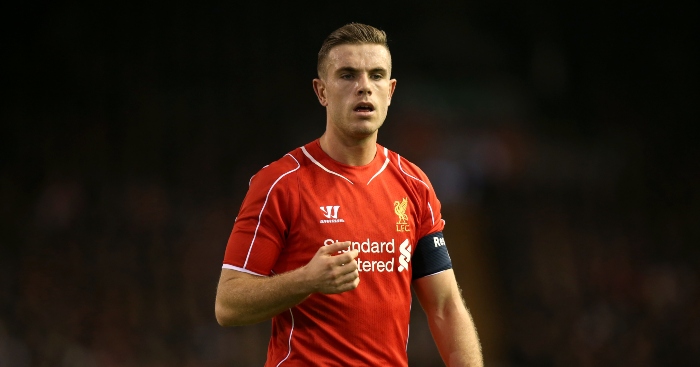 There have been plenty of times in the past where Jordan Henderson has been disregarded for his footballing ability, despite being a key player for Liverpool down the years.

Even now, there are times where he is seen as a leader of men with an outstanding attitude, with some of his other qualities fading into the background and being ignored.

Well, aside from the cross-field passes, long-range goals and occasional moments of skill he produces now, we’ve got an example of the skipper’s play that will silence any critics once and for all.

This comes from 2015 and was actually four days after he was officially named Liverpool captain, taking the armband after club legend Steven Gerrard’s departure.

These were massive shoes to fill, but the former Sunderland man didn’t seem daunted by the prospect as they travelled out for a pre-season tour in Asia.

First up for the Reds was a match against the Thai All-Stars, and they were cruising along pretty nicely, with Lazar Markovic opening the scoring within three minutes and Mamadou Sakho adding a second before half-time.

It’s Henderson’s moment of audacity that got the biggest cheer from Thai fans in attendance though, as the ball rolled towards him, and he took the opportunity to play a first-time rabona pass to Adam Lallana.

His fellow Englishman made no mistake in front of goal, striking through the defender’s legs from just inside the box, but it is the assist that deserves all the plaudits.

The newly-assigned skipper then went on to round off his performance with another assist, delivering a well-hit corner that was headed in by Divock Origi.

Yes, this was only a friendly against a team of players from Thai League 1, but it proves that Henderson* is not some robot programmed to run around a football pitch, do the basics well and lead his team-mates.

There are plenty of tricks in his locker and Henderson isn’t afraid to use them when the chance arises.

*Buy Jordan Henderson and thousands of other players on Football Index. 18+, UK and Ireland customers only, begambleaware.org. T&Cs apply.