What ever happened to Newcastle United legend Facundo Ferreyra? 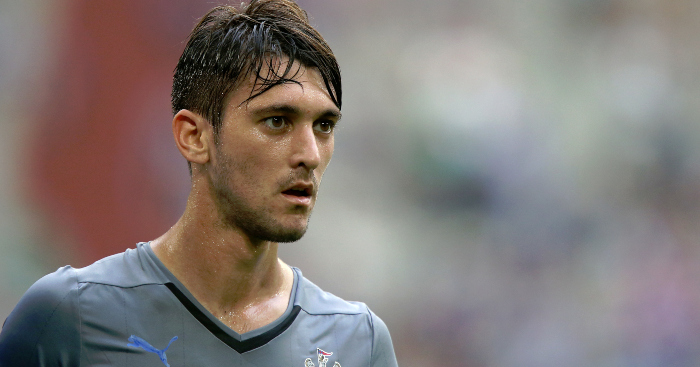 There has been plenty of seasons that have hurt Newcastle United fans under Mike Ashley.

The two relegations obviously top the charts, but the 2014-15 campaign has to be right up there.

After a 10th place finish in the 2013-14 season Alan Pardew’s side could have pushed on to become a regular top-half finisher. What they did instead though was spend a bit of money on some players they could sell on for more later and narrowly avoided relegation.

After cheap-skating out of a £15million move for Loic Remy — who had scored 14 times on loan the previous season — Ashley and chief scout Graham Carr went left-field with their signings.

Ayoze Perez came in from Spanish second-tier side Tenerife, and Emmanuel Riviere joined from Monaco to aid Papiss Demba Cisse, who had been out since April.

With options still looking a little thin up top, the masterminds at Newcastle needed to add another goalscorer. Enter Facundo Ferreyra. Recommended by captain Fabricio Coloccini, the forward was a ‘low-cost option’ – music to Mike Ashley and co’s ears.

Anyone who had played a Football Manager between 2010 and 2013 would tell you he was a brilliant player. Before he joined Velez, the likes of Juventus, Sevilla and River Plate were all reportedly keen on him.

Nicknamed ‘Chucky’ for his ability to terrify defenders at youth levels rather than being posed by the spirit of a serial killer, Ferreyra idolised fellow Argentine Gabriel Batistuta as a child.

His form at Velez was Batigol-esque, with his 16 goals helping the club to their 10th championship.

The start of his Shakhtar career was interrupted by the War in Donbass. He did score six times in the league, winning the first of three Ukrainian titles. But he and 29 other players decided they wanted to move away from the turbulent region.

Newcastle looked like they’d done a good bit of business securing him on an initial loan with an option to buy.

“Facundo is a good presence on the pitch, a big guy at 6ft 2in, a player who has gone to the Ukraine and has been okay,” said Pardew.

To be honest, that quote is hardly something to fill the player or the fans with confidence – and should have been a warning of what was to come.

He couldn't get a minute for Newcastle…

Nowhere to be seen

Newcastle now had four strikers to pick from, but it started to concern fans as the season unfolded that one of them was nowhere to be seen.

We got to see Cisse return from injury to and become the top scorer for the Magpies that campaign. We saw Reviere act as a nice prelude to Joelinton and Ayoze Perez enjoy a hot streak.

Ferreyra was a ghost, though. He wasn’t even named on the bench that often included the likes of Gabriel Obertan, Sammy Ameobi and Mehdi Abeid.

So, where was he? Had he been possessed by the spirit of a serial killer? Was he arguing with Rick Steiner on WCW (now there’s a niche reference)?

Well, he was out for 20 days with a back injury, but mostly, he was just finding England far too physical for his delicate 12-stone frame.

Fitness issues after a lack of game-time following the suspension of the Ukrainian league didn’t really help him break into the first team.

Forced to play with the reserves, Ferreyra actually did feature on eight occasions, scoring on his debut in a 3-3 draw with Bolton.

Six hundred and forty-four minutes of reserve-team football later and he finally spoke.

“The defenders are very strong and have to withstand whatever is thrown at them,” he told the Chronicle. “Here if you are not good physically, you can not play.

“I’m working on my upper body because you have to hold the ball back and I must learn to use my arms.”

His work didn’t really pay off for him as he left Tyneside with not a single first-team appearance to his name. The Magpies narrowly avoided relegation, with Jonas Gutierrez proving the hero the higher-ups didn’t deserve. 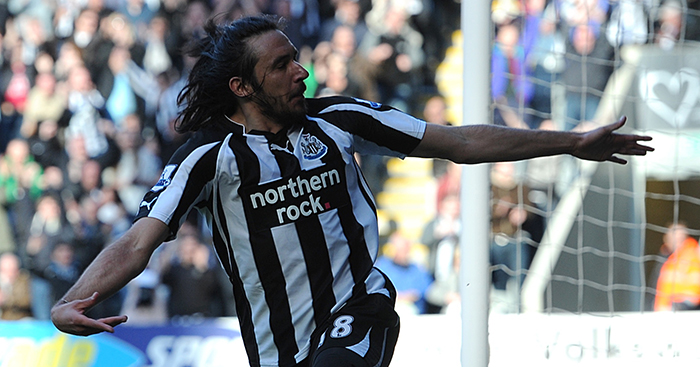 READ: Jonas Gutierrez: Joining Newcastle was the best decision of my life

If you thought his time in England might have negatively affected his game, well you might be correct. He scored only three times back at Shakhtar during the 2015-16 league campaign, though he did only make four starts.

However, the following season, Ferreyra finally rediscovered his best form, netting 16 in just 28 appearances in all competitions.

His form was so prolific that he secured a free transfer to Portuguese giants Benfica in 2018, although it was a familiar tale as he made just nine appearances for Benfica and joined Espanyol six months later. 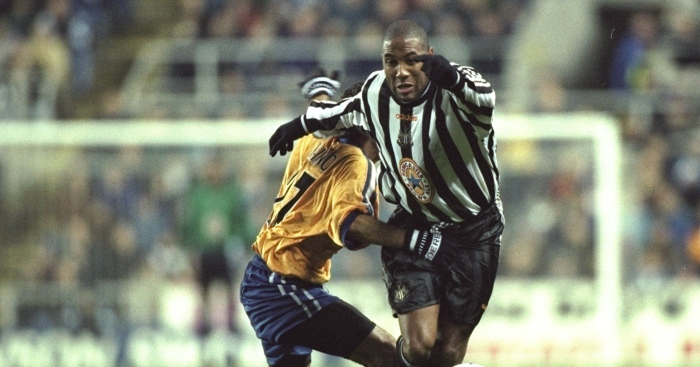 In Spain, he enjoyed something of a resurgence. His first season was quiet, scoring just once in nine appearances, but his second was much more productive.

The 29-year-old scored eight in 22 but was unable to stop Espanyol’s first relegation in 26 years.

Now back with Benfica, the future hardly looks bright for Ferreyra. The addition of Everton Soares for £20million has only made his quest for first-team minutes more difficult.

Saying that, Newcastle could do with a new striker, and Mike Ashley loves a bargain, so never say never.