What happened to Caio Ribeiro, the teen superstar who flopped at Inter? 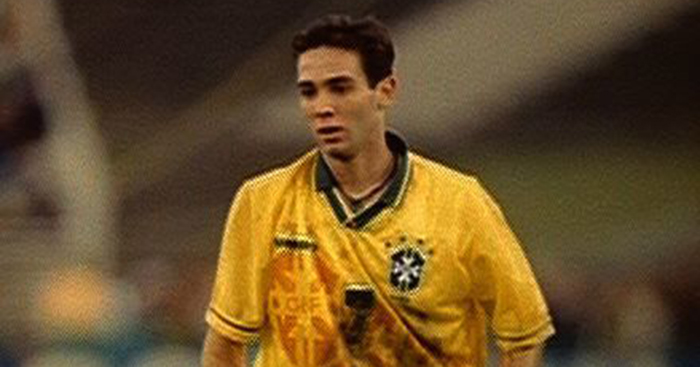 Massimo Moratti spent an estimated €1.5billion of his personal fortune on players as Internazionale owner, but few proved as costly or calamitous as Caio Ribeiro.

Arriving from Sao Paulo in the summer of 1995, the £6.6million the Nerazzurri paid for the 19-year-old Brazilian represented a world-record fee for a teenager.

Part of the raft of new arrivals at the San Siro during Moratti’s first year at the club, he was joined by Paul Ince, Javier Zanetti, Maurizio Ganz and Roberto Carlos in a spending spree designed to signal Inter’s ambitions for the season ahead.

Despite lifting the UEFA Cup in 1994, Inter had not won a domestic honour since the Scudetto in 1989 and were stuck firmly in the shadow of AC Milan and bitter rivals Juventus.

Moratti’s father, Angelo, had served as Inter chairman during the club’s “Golden Age” from 1955 to 1968 and Massimo was determined to bring the good times back, no matter the cost.

Caio’s arrival was supposed to signal the start of something beautiful. Instead, he came to typify the free-wheeling madness of the Moratti era over the next decade.

Born into an affluent family on the wealthy side of Sao Paulo, Caio enjoyed an upbringing not dissimilar to that of Kaka.

Privately-educated and fluent in English, Spanish and Italian, the Brazilian eschewed a place on a prestigious university course to pursue a career in football, coming through the ranks at São Paulo under legendary coach Tele Santana and later Muricy Ramalho.

The 1994-95 campaign saw Caio emerge as an integral part of Expressinho, the legendary Sao Paulo side made up of mostly reserve and youth players who swept all before them, winning the South American Super Cup, Recopa Sudamericana and CONMEBOL Cup.

Playing alongside Denilson, Rogerio Ceni and future Middlesbrough cult hero Juninho, Caio was the breakout star thanks for his searing pace and a return of 14 goals in 31 games.

His intelligent, incisive attacking play – possibly coupled with his educated status – saw him earn the nickname ‘Douthorinho’, or ‘the little doctor’ among the fans. Caio had arrived.

Caio’s superstar status was further enhanced in April 1995 when he travelled to Qatar as part of the Brazil squad for that year’s FIFA World Youth Championship.

‘Douthorinho’ played with surgical precision, scoring five goals in six matches for the Selecao, including a match-winning brace against Japan in the quarter-finals and the winner against Portugal in the semis en route to the final.

Quick, skilful and an adept finisher, in a tournament featuring the likes of Raul, Ariel Ibagaza, Ivan De La Pena, and Nuno Gomes, it was the diminutive Brazilian who stood tall, taking home the Golden Ball as the competition’s best player.

Returning to Brazil, Caio jumped at the chance to join Inter Milan that summer after being sold on the Moratti project and long-term plans for his development at the club.

“They took me and explained that they would give me time to learn the language and settle down,” Caio explained years later. “In the first months I would have figure out how to play in Serie A and only in the following year to be deployed continuously.”

It sounded perfect. It proved anything but.

Caio arrived at the San Siro with a hefty price tag weighing heavy around his neck but struggled to even make the Inter bench for the first few months.

With Roberto Carlos, Zanetti and Ince preferred, Caio was left to test his mettle in training sessions and practice games.

Any player would be forgiven for lacking match-sharpness after such a long stint away from competitive action, but by the time Caio made his debut against Lazio in the Coppa Italia that November he had another problem to contend with – the manager.

In the space of just four short months, Moratti had fired two coaches and was now on to a third. Ottavio Bianchi lasted just four games before being given the chop, and by the time Luis Suarez was sacked from his third stint in charge, just seven games later, Inter were in the relegation zone and out of Europe following a defeat to Swiss minnows Lugano in the first round of the UEFA Cup.

Eager to avoid another managerial misstep, Moratti went in search of a moderniser in the mould of AC Milan’s Arrigo Sacchi. He eventually settled on Roy Hodgson. 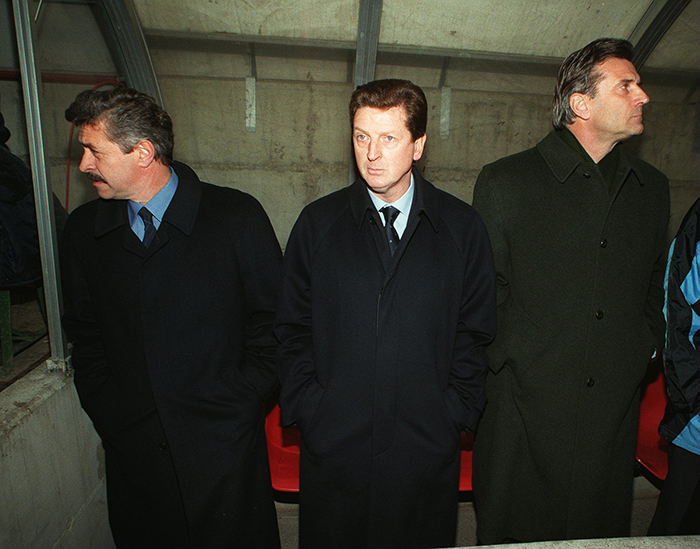 While Sacchi made his name with a high-tempo, pressing style, Hodgson’s reputation was built on zonal marking and the perfect application of the offside trap.

Appointed in mid-November, Hodgson set about instilling his philosophy, built on a foundation of collective responsibility in defence and a back-to-basics approach in the final third.

It was not good news for Caio. Neither was the arrival of Marco Branca from Roma or the goal the Italian scored on his debut, a 2-1 win over Udinese in Hodgson’s first game in charge.

And when Caio did get his chance against Lazio in the Coppa Italia, starting both legs of the quarter-final, he failed to translate his enthusiasm on the pitch into goals.

His best chance came in Rome when, after pouncing on a mistake from Cristiano Bergodi on the edge of the area, Caio cut inside, aiming a curling shot for the far post…only to see it sail desperately wide.

That was good as it got.

‘No chance at Inter’

Caio also made three ineffective appearances as a substitute in Serie A either side of the turn of the year, but while he was struggling to adapt to life under Hodgson, he wasn’t the only one.

Hodgson’s defence-minded approach also saw him clash with Roberto Carlos, who was playing under strict instructions not to stray beyond the half-way line. A left-back who had built his reputation with his offensive displays, the Brazilian departed for Real Madrid at the end of the season.

It’s not difficult to imagine Caio’s own attack-minded approach was at odds with Hodgson’s collective philosophy, but bad timing also played a part in the Brazilian’s struggles.

Selected to play for Brazil squad at CONCACAF Gold Cup in January 1996, Caio travelled to the US in the hopes of showing Hodgson his obvious talents and cementing his place in the Selecao squad for that summer’s Olympics.

Goals against Canada and Honduras helped Brazil reach the final, but Inter enjoyed an upturn in form in his absence with Ganz and Branca striking up a potent partnership in front of goal that left little room for the misfiring Brazilian.

Caio wouldn’t play for the Nerazzurri again in Serie A until March 31, during which time Inter lost just one of 10 league games with a six-match winning run taking them up to sixth.

All told, Caio played just three more games for Inter, with Hodgson either struggling to find a place for him in his team or simply unimpressed with what he did see.

He came on briefly against Fiorentina and Cagliari and started a crucial game against champions-elect Juventus in April, despite spending the previous three match days out of the first-team squad altogether.

But by then the die had been cast by the Italian press, who had kept close tabs on Caio throughout his time at the club, prying into his private life, and were only too happy to pour scorn on his failure to break into the first team, labelling him an expensive failure in the process.

But speaking years later, Caio refused to take sole responsibility for his failings.

“Hodgson gave me no chance at Inter,” he said.

“I practically never went on the pitch. I would have needed more continuity and the chance to prove my worth. The one that Roy Hodgson… never gave me”.

“To tell you the truth I never played for the Nerazzurri,” he once stated. “Only 200 training sessions and very few appearances.”

After just one season at the San Siro, Caio departed for Napoli on a season-long loan with Inter hopeful the move would give him some much-needed game time or, at the very least, make him a more saleable asset.

But a return of just one goal in 20 appearances for the Partenopei did neither, and in 1997 Caio returned to Brazil, having cost Inter a hefty £825,000 per appearance.

He moved on to Santos, then Flamengo followed by Fluminense, Grêmio and Botafogo, each time failing to discover the form that made ‘Douthorinho’ a household name. Caio eventually retired aged just 31.

Inter, meanwhile, moved on to another Brazilian in the form of Ronaldo, and an entirely new set of problems. The Nerazzurri wouldn’t win the Scudetto again until 2005, some 10 years after Caio arrived at the club.

Now a pundit in Brazil, Caio’s costly career can be boiled down to a series of what ifs.

Then again, what if Caio just wasn’t good enough?