What happened to Fabian Caballero, Arsenal’s weirdest signing of the PL era? 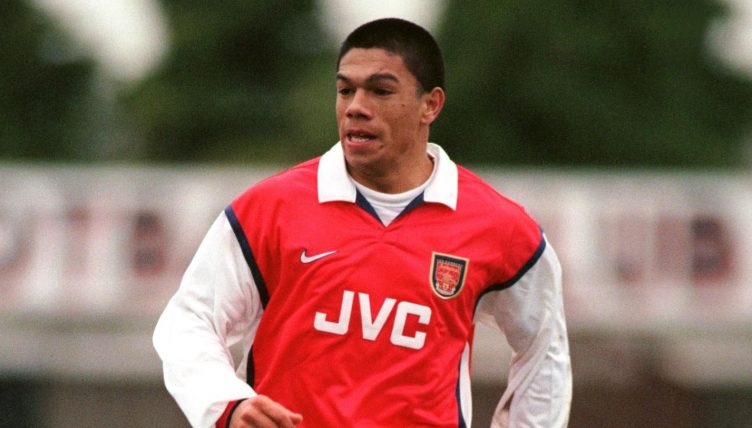 Fabian Caballero was always going to be a player Arsenal could simply take a punt on and later cut their losses, but they probably didn’t anticipate him having quite the career that transpired.

Initially joining the Gunners as a 21-year-old on loan in October 1998 with an option for the move to be made permanent, 20-odd years later we ranked Caballero as Arsenal’s weirdest signing of the Premier League era.

Born in Argentina, the striker rose to prominence in Paraguay and scored for Cerro Porteno in the semi-finals of the Copa Libertadores in July 1998, albeit missing the decisive penalty as his side were beaten by Ecuadorian outfit Barcelona in a shootout.

Caballero’s first-team career in north London amounted to three substitute appearances, beginning when he replaced Dennis Bergkamp for the final half-hour of a League Cup tie against Chelsea at Highbury. Arsenal were 2-0 down at the time of Caballero’s introduction; they ultimately lost 5-0.

His Premier League debut came just over two weeks later as he played the final 15 minutes in a 1-1 draw with Middlesbrough. And his Arsenal career was at risk of ending without a victory when he came on in an FA Cup tie at Preston.

The Gunners had trailed 2-0 in the first half but managed to claw the score back to 2-2. Shortly after Caballero entered the field with 20 minutes to go, the forward provided an unconventional ‘assist’ to allow Emmanuel Petit to put the visitors ahead for the first time – by leaving a defender on the floor with a swift elbow to the jaw.

His record for the reserves was altogether more impressive, scoring eight goals in 16 games while appearing alongside the likes of Freddie Ljungberg, Nwankwo Kanu and a young full-back by the name of Ashley Cole.

A report on a reserve fixture against Millwall somewhat sums up the haphazard nature of his time in north London, however, as ArseWeb noted: “All of the Arsenal players call him ‘Caba’, so they kept shouting ‘Caba here’, ‘Caba here’, which I think confused [Kaba] Diawara a bit.”

His only other moment of note in the Premier League came when he was pictured looking bemused by the sight of Ron Atkinson venturing into the wrong dugout in his first home match as Nottingham Forest boss.

Fabian Caballero performing his only recorded function: giving Ron Atkinson a quizzical look when he takes his place in the wrong dugout. pic.twitter.com/zU8eGMZlZH

Unsurprisingly, Arsenal opted against making the loan into a permanent transfer, leaving Caballero to return to Paraguay for short spells with Atletico Tembetary and Sol de America.

If the move to Arsenal appeared strange, that was nothing compared to his next switch, which just so happened to prove the most significant of his career. In July 2000, Caballero agreed to join Scottish Premier League outfit Dundee.

Caballero’s first five appearances for the club produced five goals and a red card to make himself an instant fan favourite, but only a few months into his time in Scotland he suffered a serious knee injury following a crunching double challenge from Jason de Vos and Kevin McDonald in a derby with Dundee United.

The injury, which ruled him out for six months, at least prompted the signing of Caniggia, who he had idolised as a child. But upon his return to fitness, they played together just once, in a 2-0 defeat to Hibernian that proved to be Caniggia’s last appearance for Dundee.

But Caballero soon regained the spark which saw him impress at the start of the campaign, scoring both goals in a 2-0 victory at Celtic while down to 10 men.

Dees picked up a cracking win at Celtic Park in 2001, with Fabian Caballero grabbing both goals! 🎯🎯#SPFL | @DundeeFC pic.twitter.com/3tWW7LOB4g

Further highlights in Scotland saw Caballero gain revenge by scoring twice in a derby victory over Dundee United in 2002 and help the side reach their first Scottish Cup final for 39 years. The club made such a profound impact on the player, he joked with The Scotsman in 2018 that he is considering changing his name to Fabian MacCaballero.

“My daughter is Scottish,” he told the same publication. “She is Dundonian! She is 14 now. She was very happy in Dundee. When anyone asks her, ‘Are you Paraguayan?’ She says, ‘No I am not, I am Scottish.’”

But things turned sour in November 2003 when Cabellero was one of 15 players sacked as the club was placed in administration.

The club was in financial trouble following the botched takeover of Italian lawyer Giovanni Di Stefano. Administrators questioned Di Stefano’s trustworthiness to come up with the required funds, while his appointment as a director failed to be ratified by the Scottish Football Association.

Eleven years later, Di Stefano was jailed for 14 years for 25 charges including deception, fraud and money laundering between 2001 and 2011. It was found Di Stefano had no formal legal qualifications during a trial in which he boasted of clients – and you really need to get ready for this – including train robber Ronnie Biggs, Saddam Hussein’s legal team, serial killer Harold Shipman and Slobodan Milosevic, not to mention “links” to Robert Mugabe and Osama bin Laden.

After 10 months in the wilderness, Caballero actually re-signed for Dundee in October 2004, but he failed to recapture the romance of his initial spell. Just two weeks after re-signing for the club, he returned to Paraguay due to a personal matter.

“I told him that I thought he could wait until after the Killie game before going,” said manager Jim Duffy. “But he said he had to leave straight away and had already bought a ticket.

“I haven’t officially given him permission to go. But, short of putting him under house arrest or handcuffing him to a goalpost, there’s not much I can do if he just ups and leaves.

“I’m expecting him back next week and, knowing the type of guy he is, I genuinely expect him to be back focused on his football. But he’s just the type of guy that, when he has a problem, he has to deal with it immediately.”

He was released at the end of the season after Dundee were relegated to the second tier, with only one goal to show for his second spell at the club. 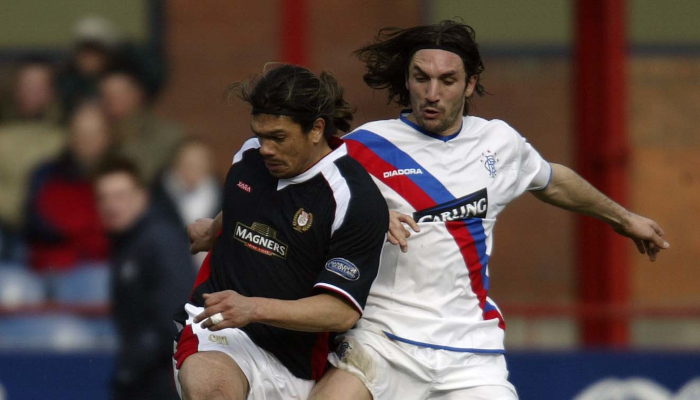 The rest of his career continued along an unconventional path, bringing spells in Paraguay, South Korea, Cyprus, Chile, Greece and Guatemala.

He has spoken of his wish to return to coach Dundee one day, having managed Paraguayan lower league side Sportivo Ameliano for a brief period.

But you will be unsurprised to learn his post-playing career has involved various ventures. Caballero told the Dundee Evening Telegraph in 2018 that he was working as a player agent and diplomat, advising Hugo Ramirez of the right-wing Colorado party in the Paraguayan presidential election of the same year.

From confusing Kaba Diawara and knocking out Preston defenders, Fabian Caballero’s life has been weirder than even Arsenal could have expected.

READ NEXT: The story of Yaya Toure’s ‘completely average’ Arsenal trial against Barnet