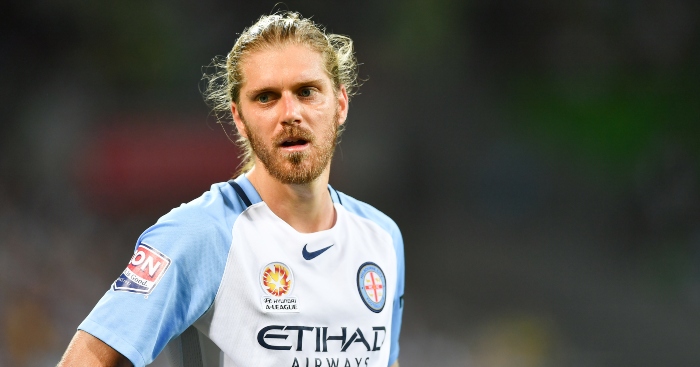 By and large, fans don’t want their clubs run like businesses.

You can see why. Whenever Ed Woodward boasts about Man United’s social media engagement, a piece of the club’s soul dies. When Mike Ashley decides to buy WHSmith instead of a striker, Newcastle lets out a collective groan.

Look at Watford, for example. Owned by Giampaolo Pozzo, the club is a merry-go-round of managers and obscure players — largely thanks to the Pozzo family’s ties with other football clubs, like Udinese in Serie A.

It’s not traditional, but it’s not boring either: every transfer window brings excitement, with little-known foreign players arriving in droves. They’re often pretty good, too.

Chelsea’s stockpiling of reserves is just as cynical, but it produces good bits of trivia, like unknown Croatian goalkeeper Matej Delac becoming the club’s longest-serving player over eight years… without making an appearance.

So what of Man City, the poster boys for corporate football?

Frankly, they might be the most entertaining of the lot.

They club is smoothly operated by suits and PR experts, but sometimes its boardroom decisions are so nihilistic, so detached from a traditional football way of thinking, you can’t help but stand and applaud them.

The Carlos Tevez billboard was weird but brilliant. The signings of a broken Owen Hargreaves and ageing Frank Lampard were confusing but ranked similarly high on the banter-o-meter.

And what about signing a pair of little-known Australian midfielders over the 2015–16 season? What motivated that particular decision? Did it pay off? And what happened to the players?

Bolt from the blue

In October 2015, Man City were top of the Premier League, and a rampant Sergio Aguero looked as though he might deliver Manuel Pellegrini a second title.

Then out of the blue, they announced a strange signing. Even stranger than the signing of Lampard a year before.

“There was someone [from City] watching a game in Melbourne, when I played for Brisbane,” Luke Brattan told Fox Sports in October 2015.

“I must have had a good game and it sort of developed from there.”

The surprise wasn’t so much that City had taken a punt on an overseas player, but that Brattan, unproven in Europe, was already 25 years old.

If there was Premier League potential there, it would need to be realised sooner rather than later.

Moreover, even though City immediately loaned their new signing to Bolton Wanderers in the Championship, Brattan’s agent, Ritchie Hinton, strongly hinted that his client could someday play for City.

“They’ve done their research; they think he can do it for them,” Hinton said. “They really do view him as a European player.”

After all, the nebulous “City Football Group,” which owns Man City and several other global teams, also had Australian side Melbourne City on its roster.

Were Man City simply readying Brattan for a future move to Melbourne?

If Man City’s plan was to get Brattan quickly acclimatised to English football at Bolton, it didn’t work.

Bolton didn’t give the midfielder any first-team chances, and his three-month loan was cut short by two weeks.

And then something strange happened.

Instead of conceding that they might have got this one a bit wrong, Man City doubled down on their plan — by signing another A-League midfielder, 23-year-old Anthony Caceres, just three weeks after Brattan had returned to Manchester.

And if Brattan’s signing was confusing, Caceres’ was downright controversial.

While Man City had signed Brattan on a free transfer, they paid around £300,000 to buy Caceres from Central Coast Mariners.

“What a great opportunity for Caceres to go and try and reach the potential we all think he’s got,” said his proud Mariners boss, Tony Walmsley.

Walmsley was either in on the plan, or else a good actor, because it soon became clear that Cacereces wasn’t about to fulfil his potential in the Premier League.

Some context about Australian football: to ensure a level playing field, A-League clubs are not allowed to buy players from other clubs within the league. They have to wait for contracts to expire, or else shop abroad.

In direct response to the scandal, Football Federation Australia introduced the “Caceres rule” to stop it ever happening again.

It was a sly move by the City Football Group, but since they didn’t break any rules, they could hardly be blamed for doing it.

What a time to be alive. The nation is frothing at the FFA's and City Group's pet.

Raheem Sterling had a stop-start debut season, while neither Eliaquim Mangala nor Martin Demichelis looked convincing in defence.

At least Caceres was getting games in Melbourne.

For Brattan, the situation was different. Since the midfielder had already been at three clubs in the 2015-16 season (Brisbane, Man City and Bolton), FIFA rules prevented him from making another move.

He therefore sat out the rest of the campaign, not ready to play in the Premier League and not allowed to go anywhere else.

In struggling Bolton, City had clearly chosen the wrong loan club for their new arrival: the Championship club needed a goalscorer more potent than Emile Heskey, not another central midfielder.

Brattan might reasonably have been aggrieved with his parent club.

@OfficialBWFC @MCFC The Hype was real. The amount of game time wasn't #bwfc

But then, in the summer of 2016, the inevitable happened.

A new season began, and City were permitted to send Brattan to Melbourne — the destiny many had predicted for him — where he joined up with fellow loanee Caceres.

Going the other way was another Aussie midfielder, Aaron Mooy, who departed Melbourne for his own personal adventure at Man City.

Like his compatriots, Mooy would make no appearances for Pep Guardiola’s new-look team.

Into the blue again, after the money’s gone

The signings of Brattan and Caceres produced mixed results for the City Group.

While the dastardly scheme to smuggle Caceres from one A-League club to another clearly worked a treat, it’s harder to see what they were trying with Brattan.

Since Brattan was a free agent in October 2015, the City Group could have simply signed him for Melbourne City.

He went to Manchester, where perhaps the club really did see him as a potential deputy for the likes of Fernandinho and Kevin de Bruyne.

Instead, a player in his peak years spent the better part of a year without playing domestic football. Which shows that, for all their slickness and global power, even the City Group sometimes cock things up.

From that point, the road got smoother for City’s Australian experiments.

Brattan, for his part, spent three consecutive seasons on “loan” at Melbourne.

And Caceres sort of did too, though he punctuated his time there with a season in the UAE before spending the second part of 2018–19 on loan at Sydney FC, helping them win an A-League title.

In the summer of 2019, the two players finally severed their ties with the City Group as their long-term Man City contracts expired.

Fittingly, Brattan and Caceres both signed permanent deals with another sky-blue side, Sydney FC, where — should the 2019–20 season eventually be completed — they look set to win the league together.

Man City’s latest Aussie recruit is Daniel Arzani, who was loaned to Celtic nine days after signing in August 2018. He tore his ACL on his debut.