When Barbados & Grenada both tried to score deliberate own-goals 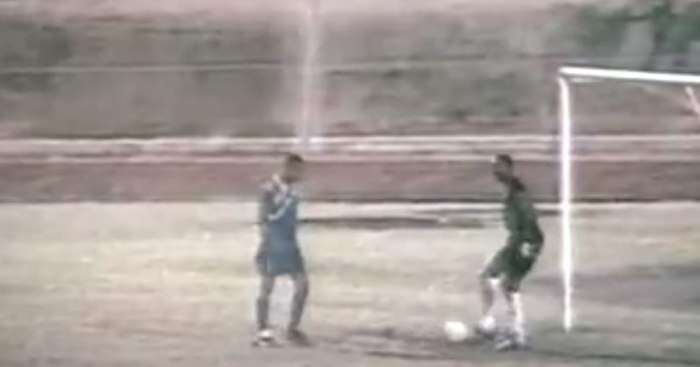 Golden Goal sounds like the type of rule that should make a game of football more exciting, but the reality was quite often very different.

With both already knackered teams too frightened to make a mistake that could be punished and lead to their defeat, extra-time periods featuring Golden Goal were usually cagey, tense affairs.

That presented quite the problem for the organisers of the qualifying tournament of the 1994 Caribbean Cup. With only one team qualifying from each of the five groups, it was decided to spice things up by ruling that every match must have a winner – no draws would be allowed.

This came at a time when FIFA were keen to experiment with tournament rules, so an extra layer of frisson was added when it was announced that any Golden Goal scored in extra-time would count as two goals in terms of goal difference. In theory, this would encourage teams to take the initiative and try to score in extra-time rather than settle for the Russian roulette of a penalty shootout.

Clearly, they didn’t envisage the possible permutations when Barbados hosted Grenada in Group One’s all-or-nothing decider. Barbados had been beaten 1-0 by Puerto Rico in their opening match, while Grenada had beaten the same opposition 2-0, courtesy of a doubled Golden Goal.

That meant Grenada started the match top of Group One, leaving Barbados requiring to win by two clear goals to leapfrog them into the qualifying place.

The match was going according to plan for Barbados when they led 2-0 heading into the final 10 minutes of the game. But shit hit the fan in the 83rd minute as Grenada pulled a crucial goal back, ensuring they would sneak into the tournament proper on account of a +1 goal difference.

Barbados spent the next couple of minutes trying to score before the reality of the situation dawned upon them. Yes, they needed to win by two clear goals, but rather than endure a frantic final few minutes desperately trying to get that goal, if Grenada just so happened to grab an equaliser, the game would go to extra-time and Barbados would have 30 minutes to score a Golden Goal that – just to reiterate – would have counted as those two precious goals.

And so, in the 87th minute, Barbados defender Terry Sealey and goalkeeper Horace Stoute worked together to do this:

Now, put aside any moral judgement about whether this is right or wrong and just look at that finish. It’s completely unnecessary to kick the ball that hard, but Sealey clearly relished his opportunity to score a thunderbastard: 2-2.

The problem was, while Sealey and Stoute took their time passing the ball between themselves before scoring the own-goal, they still left three minutes plus any added time for Grenada to score themselves.

It was now Grenada’s time to be struck by an epiphany. Sure, they could spend the next few minutes trying to score a winner to avoid extra-time and the opportunity for Barbados to qualify, or they could also score a deliberate own-goal, accepting defeat but still qualifying by a single goal.

At that point, chaos ensued as Barbados were forced to defend both their own net as well as Grenada’s goal.

As Grenada found out, it turns out it’s actually quite difficult to try to score in both goals. “Our players did not even know which direction to attack: our goal or their goal,” Grenada boss James Clarkson said afterwards.

In the end, the game did indeed go to extra-time, and Barbados did get the Golden Goal they so required to win by two clear goals, snatching qualification away from Grenada in the process.

“I feel cheated,” Clarkson said. “The person who came up with these rules must be a candidate for a madhouse. The game should never be played with so many players running around the field confused.”

He added: “I have never seen this happen before. In football, you are supposed to score against the opponents to win, not for them.”

What Clarkson failed to realise is that history is written by the winners. Sadly, Barbados clearly didn’t get the memo either: with the promise of extra-time and Golden Goals wisely taken away for the Caribbean Cup, they failed to progress from their group after drawing two of their three fixtures.