When Keegan made Owen a midfielder to save Newcastle’s season 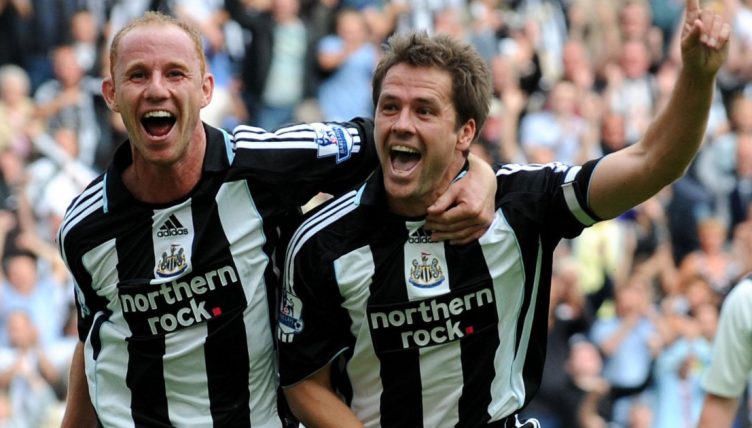 In the modern era of football, strikers are expected to do a lot. Hold up the ball, bring others into play and chase down defenders to turn over possession.

Lots of players do that very well. Harry Kane has become one of the best all-round attackers in Europe, while players like Ollie Watkins and Patrick Bamford are a bona fide pick’n’mix of abilities, marrying goalscoring instincts with tactical and defensive awareness.

But if there’s one player that embodies the old definition of a striker, it’s probably Michael Owen.

Often considered the last of England’s pure goal-scorers, a poacher concerned with nothing but finding the net, Owen was ultimately squeezed out by the modern game.

In 2009, the Guardian’s Jonathan Wilson argued that better defences and more fluid attacking tactics (in which strikers had to play like midfielders, and vice versa) had made poachers like Owen redundant.

Indeed, from the mid-2000s onwards, many teams began to operate with a single striker — a role that didn’t suit Owen at all. And even when the England international got chances in his preferred 4-4-2 system, the more tactically developed opponents of that era were often able to contain him.

By the time of Owen’s third season at Newcastle United, 2007–08, his injury problems and dwindling tactical relevance were equally evident.

So it was a huge surprise when, in the spring of 2008 — with Newcastle plummeting down the Premier League table — manager Kevin Keegan attempted a radical experiment: convert Owen into a midfielder.

For eight matches, Owen played in the ‘number 10’ role behind two strikers, a transformation that massively improved his goalscoring rate and steered Newcastle away from a relegation battle.

When Keegan returned to Newcastle in January 2008, fans were delighted.

In his very brief stint at the club, Sam Allardyce had made questionable signings like Joey Barton, Alan Smith and Geremi, and left the club 11th in the table at the time of his sacking.

Keegan promised a breath of fresh air: attacking football, the removal of Geremi as captain and a return to the good times of the 90s.

But one person not so happy about Keegan’s return was Michael Owen.

Keegan and Owen had clashed during the former’s reign as England manager nearly a decade earlier. Keegan — somewhat ahead of the curve, apparently — thought Owen didn’t contribute enough to the team and wanted him to play more with his back to goal.

“If I did one tiny thing wrong there would be a rush of critical comment,” Owen said of his manager’s behaviour during Euro 2000.

Given the history of acrimony between the two, many wondered how Keegan would manage Owen at Newcastle.

As it so happened, Keegan seemed to have a higher opinion of his striker than the striker had of him: one of his first acts in the North East was to make Owen captain.

But despite that apparent reconciliation, Keegan didn’t provide much in the way of a ‘new manager bounce’. In fact, in his first seven league games, the team picked up just two points, getting hammered by Aston Villa and Manchester United in the process.

By early March, things were nearing crisis point. Newcastle lost 3-0 to Liverpool (who fielded Fernando Torres as a lone striker) and dropped to 14th, just four points above the drop zone.

It was time to shake things up.

The one who can keep possession

Given how Owen responded when Keegan previously tried to change his playing style, you wonder how he would have felt when the manager began playing him in midfield during training sessions.

A week after the Liverpool hiding, Newcastle travelled to Birmingham — with Owen taking the attacking spot in a midfield diamond.

Birmingham took the lead, but a hardworking Owen got his reward when he pounced on a rebound to tie the game 1-1. Though not a great result, the tactical experiment was largely successful.

Keegan persevered, and five days later earned the first win of his second spell: a 2-0 victory over Fulham. Again Owen played ‘in the hole’ and again he found the net, heading in from a Geremi free-kick and causing Keegan to ejaculate his Lucozade on the touchline.

The manager’s tactical ingenuity — turning an infamously one-dimensional player into something completely different — was commended by onlookers.

“In training Michael naturally comes deep,” Keegan explained. “We kept seeing it and seeing it and thought, ‘Wow, this guy can link us up all day long.’

“We’ve positioned Michael a bit deeper because he’s the one player here who we know can keep possession, see a pass and know when to release the ball. He might get more chances coming from there than standing up against a big man looking for space. He could play as a midfielder until he’s 37.”

Owen’s team-mates seemed equally happy with the transformation, including other strikers now getting more playing time.

“Michael was very effective deeper,” said Mark Viduka, who also scored against Fulham. “If he’s coming off behind [Obafemi Martins] and me, defenders aren’t sure whether to pick him up or leave him.”

With the wind in their sails, the rejigged Newcastle attack began scoring goals for fun.

In the following match, with Owen again lurking behind Viduka and Martins, they ran out 4-1 winners over Tottenham.

Owen scored Newcastle’s third, with the entire attacking unit involved: Martins won the ball on the right and fed Viduka, whose delicate back-heel fell right into the path of Owen, who had made a Lampard-like run from deep and calmly finished into the top corner.

For eight consecutive games, Keegan persisted with the experiment. During that time, Owen scored six times — including a crowd-pleasing brace against Sunderland — with a goal every 119 minutes. (When playing as a striker that season, he scored a goal every 292 minutes.)

Come the end of the campaign, Newcastle finished 12th. That in itself was nothing to get excited about, but the team’s improving form was a good sign for the following season.

Until it wasn’t, that is.

The club decided that Xisco and Nacho Gonzalez were more important than Keegan’s autonomy, prompting the beloved manager to walk out of the club in early September. Joe Kinnear happened, Alan Shearer happened, and Owen never played in midfield again.

Owen’s brief reinvention hinted at a different side to his game, suggesting that he could be a 21st-century footballer after all.

Sadly, underwhelming spells at Manchester United and Stoke City reinforced the prevailing opinion that Owen belonged in the 90s.

Keegan, however, always maintained that Owen should have persevered in midfield.

“Having worked with him, he could have played on for another two, three years as a midfield player, a really world-class midfield player,” he said in 2013 — when Owen retired at the age of 33.

Today, Owen and Newcastle don’t have many kind words for one another. Had Keegan and the midfield maestro linked up for another season — a combination that surely could have prevented relegation — things could have been very different.