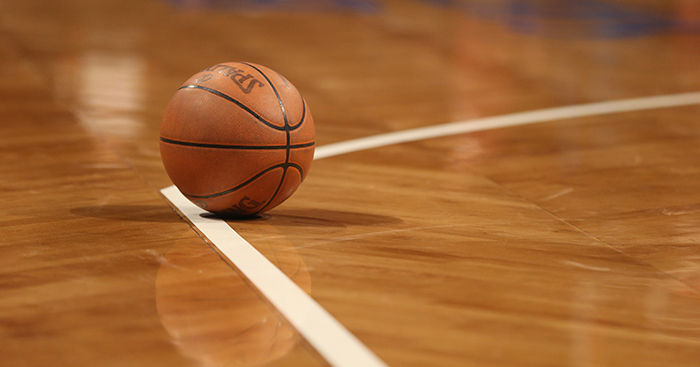 You probably know that Real Madrid and Barcelona have basketball teams – but did you know that, for a short time, so too did Manchester United?

As hard as it may be to imagine, United was not always the global powerhouse it is today. In fact, in the mid-1980s, with no league title since 1967 and a stadium in dire need of improvement, it was anything but.

Fans were living off the relative scraps of two FA Cup wins under Ron Atkinson in 1983 and ’85. Liverpool were top dogs.

They needed focus and maybe a star signing or two.

Instead, they bought themselves a basketball team.

It was an unexpected and many would say, curious, diversion.

Director and long-time club lawyer Maurice Watkins was the driving force behind the project as the Reds bought the nearby Warrington Vikings franchise and went head to head with the existing Manchester Giants, accommodating their new acquisition just across Chester Road in the modest environs of Stretford Leisure Centre, a municipal multi-sport facility that was also home to local swimmers and badminton players.

It was typical of the home courts of many British teams of the era – temporary seating, a concrete floor criss-crossed with various markings, the whiff of chlorine in the air.

If United’s football following had been made to wait for a title, those who got behind the club’s basketballers tasted almost instant success.

Established American stars like Jeff Jones and Will Brown – both naturalised Mancs who put down roots in the city – were joined by, among others, the mercurial Colin Irish.

A fifth-round pick by the Washington Bullets in the 1984 NBA, Irish, under the stewardship of coach Joe Whelton, led United to a 109-97 Championship Final win over Kingston in 1985, scoring 47 points.

United then swallowed up the Giants in a merger and – with the likes of Tom Brown and Dave Gardner – swept to the 1985–86 National League title with a record 23 straight wins.

Along the way, Stretford’s bleachers rocked on big European nights when Real Madrid rocked up in M16 and Yugoslav giants Cibona, with NBA superstar in waiting and Euro legend Drazen Petrovic in their ranks, did their thing on one of the sport’s lesser known stages.

“We weren’t quite front page news, but we got some serious coverage in the papers on the TV,” says Jones, a stalwart of the Manchester scene as a player and coach over 45 years in the city.

“Those games against Madrid and Petrovic and Cibona in the European Cup were really great nights. Some of the best basketball ever played in this country.” 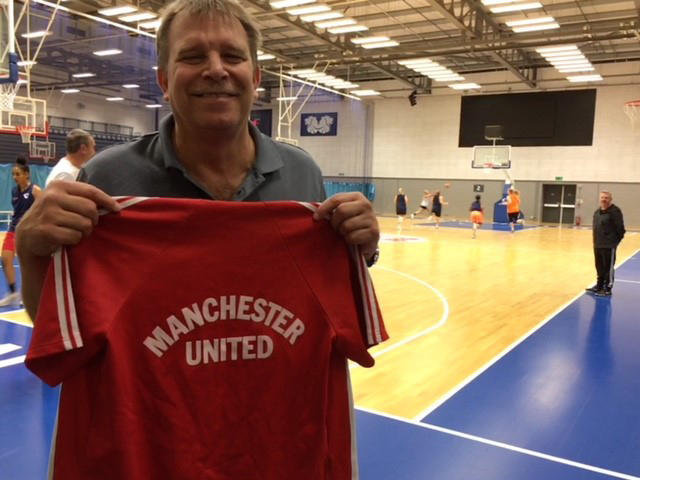 But United’s experiment burned as quickly as it did brightly.

In 1986 Atkinson was shown the Old Trafford door and a certain Alex Ferguson took the hotseat.

It was to herald change in more way than one.

Football success was what really counted, and if the basketballers’ prize-winning streak achieved anything, it was to focus minds in the football ranks.

Whispers their exploits irritated those with higher ambitions for the club may have been exaggerated, but whatever the motivation, United’s basketball activities were brought to a halt before the end of their third season.

Jones says: “I think it was a case of the football people at United thinking ‘what have we done’.

“We had Ron Atkinson for a year and a half of it then Alex Ferguson and Archie Knox came in – totally different personalities and all of a sudden it felt a bit different. 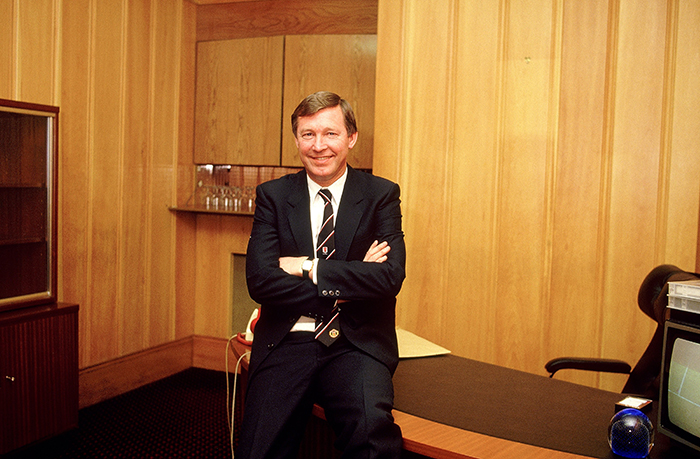 “There were a number of urban myths, but the reality was the basketball team was really successful. I remember us parading trophies around the pitch at Old Trafford. Now if I was a footballer and I hadn’t won, it would irk me too.

“I don’t think it had a huge impact overall but maybe a little. There was a lot for them to deal with at the time; the European ban was in force in football, the need for success was pressing.

“The players were always great with us. They used to come and watch and carried on doing so after the split – the likes of Paul McGrath and Bryan Robson – and we had a good time with them.”

Either way, the architect’s drawings for an 8,000-seater arena next to the stadium that Jones had mulled over in the Old Trafford boardroom would never come to fruition.

That would have been revolutionary. “We would have become a real sporting club like Real Madrid and Barcelona,” Jones says. “It’s a shame but it was a great experience. I wouldn’t trade it for the world.”

United did trade it, though, selling the franchise in 1988 to a consortium of local businessmen who rebranded it as the Eagles.

And the world’s biggest football club returned to focusing on what it did best.

Within a year, Ferguson’s hard-driven new era had, after a slow start, delivered its first trophy – another FA Cup.

There was bigger and better to follow, of course, as United enjoyed an unprecedented era of success that spanned four decades, usurping Liverpool along the way.

The Eagles later returned to being the Giants who, after a checkered history, remain a going concern elsewhere in the city.

And you can still book a swim, a game of badminton, or even a basketball session at Stretford Leisure Centre.