Where are they now? Every player to play 10+ times for Juventus in Serie B 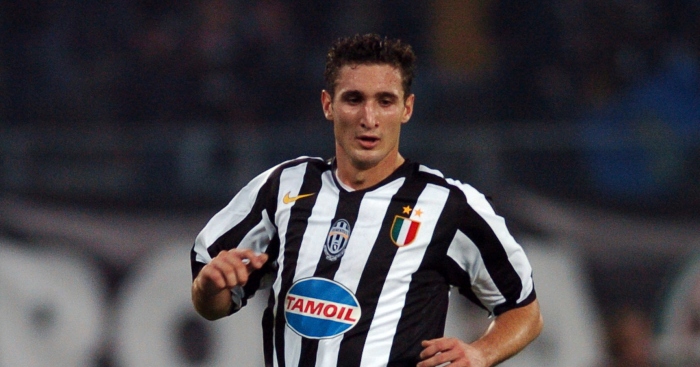 Back in 2006, shortly after ‘winning’ Serie A, Juventus were demoted as part of the Calciopoli scandal.

While plenty of squad members didn’t really fancy the prospect of second-tier football – Zlatan Ibrahimović and Patrick Vieira were among those who moved on – they still had a fair few big names, enough to help them win the title despite a nine-point deduction.

Here’s what happened to the biggest contributors to the promotion: all the players who clocked up 10 or more appearances as Juve made it back to the big leagues at the first time of asking.

There aren’t too many members of the squad who are still playing, but Buffon is one of them. Indeed, he will spend the 2019-20 season at Juve having returned after a year out at Paris Saint-Germain.

The goalkeeper missed just five Serie B games after sticking around following the 2006 demotion, and there can’t be too many teams to play in the second tier with the reigning World Cup-winning goalkeeper between the sticks.

Just when you thought you couldn't love him anymore…..Buffon talking about staying with Juventus in Serie B… pic.twitter.com/0Fq12hfnGd

Birindelli was 31 and closing in on a decade in Turin when relegation hit, and was able to use the season in Serie B to make a sustained comeback after missing the previous campaign through injury.

The defender played 37 times, and scored his first league goal for the club since 1999, and would not leave Juve until 2008, retiring shortly after.

His son Samuele, also a defender, was in the Pisa squad that won promotion to Serie B last season.

Chiellini had only spent one season at Juve before demotion, but the club will be very grateful to him for sticking around.

The centre-back was just 22 when the season began, and if you’re anything like us you can’t picture Giorgio Chiellini ever being 22.

Signed from Newcastle United, Boumsong was a curious signing, with the Magpies making a significant loss on the France international.

He played more than 30 games in Serie B but was surplus to requirements after promotion and saw out his career in France and Greece before retiring in 2013 and going into punditry.

Kovač stuck around for a second season, having arrived from Bayern Munich in 2005, and was an able backup to Chiellini and Boumsong before heading back to Germany to join Borussia Dortmund in 2007.

The Croatia international retired from playing in 2010 but has since worked as a coach under his brother Niko, with the pair joining Bayern Munich (where they were once team-mates) in 2018.

After impressing on loan at Siena, Legrottaglie returned to his parent club following their demotion but only played 10 times in Serie B.

He stayed at Juve until 2011 before leaving for a brief spell at Milan and then finishing his career with three years at Catania.

The Italian moved into coaching after his retirement in 2014, and is currently working for Pescara.

A versatile French defender, Zebina played more than 20 times in Serie B and stuck around for a few more years, with English fans perhaps remembering him best for picking up a red card against Fulham in the 2010 Europa League semi-final.

That would end up being one of his final contributions in black and white – he left for Brescia at the end of that season and retired in 2015.

The regular left-back during Juventus’ time in Serie B was Balzaretti, a local lad who had joined from neighbours Torino in 2005.

He enjoyed his best form after leaving the Bianconeri, spending four years at Palermo and then three with Roma, playing for Italy in their run to the Euro 2012 final in between those two spells, but was forced to retire due to injury in 2015.

Zanetti was brought in from Inter to help with the promotion push, adding his no-nonsense defensive midfield play following the departure of Vieira and Emerson.

Nearly half of his league games for Juve came in the promotion season, and he left for Fiorentina in 2009 before retiring three years later after a season at Brescia and then moving into coaching.

Giannichedda shared the holding duties with Zanetti, having agreed to stay for a second season.

Already closing in on his 32nd birthday when the season began, the Italian played for just one more year after leaving Juve for Livorno in 2007, and has had a few managerial spells in the lower leagues since hanging up his boots.

Nedvěd was already a Juve hero before opting to stay with the club in Serie B, but his loyalty elevated him to another level altogether.

The Czech is now on the board of directors in Turin, and is regularly seen at the Juventus stadium for domestic and European games.

Marchisio made his Juventus debut in the 2006-07 season, and few would have anticipated the academy player who broke through in Serie B going on to step onto a pitch in a Juve shirt nearly 400 times.

The midfielder, who also played at two World Cups for Italy, left Turin in 2018 for Zenit Saint Petersburg.

One of Buffon’s team-mates in the victorious 2006 World Cup squad, Camoranesi would end up playing more than twice as many games for Juve as he did for anyone else, sticking around a few more years after promotion before leaving for Stuttgart.

The Argentine-born Italy international hung up his boots in 2014 and moved into management, most recently taking charge of Mexican outfit Cafetaleros.

A team-mate of Legrottaglie at Siena, Paro returned to Juve – where he made his professional debut in 2003 – after the club exercised a buy-back option in 2006.

However, the Serie B season would end up being his last at the club. He played for several other Italian clubs after leaving but retired in 2016 after never really hitting the highest heights.

Attracting an Italian international to play Serie B football felt like a bit of a coup, and former Parma man Marchionni was an able squad player in the promotion season and for the two years that followed.

He is currently working as an assistant coach for Serie C side Carrarese, whose playing squad includes a somehow still active Massimo Maccarone.

A young winger who came through the Juve academy, Palladino was reunited with the first-team squad in Serie B after a couple of loan spells away from Turin.

He impressed enough to earn a full Italy debut in 2007, but eventually left for Genoa in 2008 before dropping down the pyramid. He is now at Monza, joining the club after they failed to climb out of Serie C in the 2018-19 season.

Another player to arrive specifically for the 2006-07 season, Bulgarian forward Bojinov joined on loan from Fiorentina and scored five goals as the Old Lady won promotion.

He moved to Manchester City the following summer, and has since seemingly played for every single club in the world. He’s now back in Bulgaria, having also played in England, Italy, Portugal, Serbia, China, Switzerland and Croatia since leaving Juventus. He’s still just 33.

He was never going to leave, was he? Mr Juventus had already spent more than a decade in Turin when demotion was confirmed, and he made sure it was only temporary by top-scoring with 20 Serie B goals, his first in the competition since leaving Padova for Juve in 1993.

Del Piero retired in 2015 after stints in Australia and India, and has since dipped his toes into both punditry and restaurant investment.

Not only did Trezeguet drop down to the second tier to help Juventus in 2006, he did the same for River Plate several years later.

The French World Cup-winner scored 15 goals in the promotion season, and more than 150 for Juve all in all, and these days he’ll occasionally crop up in legends games.

Uruguayan striker Zalayeta had some memorable moments at Juve, not least an extra-time winner against Real Madrid in the 2004-05 Champions League, but the 2006-07 season would end up being his last with the club.

He stayed in Italy a while longer, playing for Napoli and Bologna, and wouldn’t retire until 2016 – a few months beyond his 37th birthday.