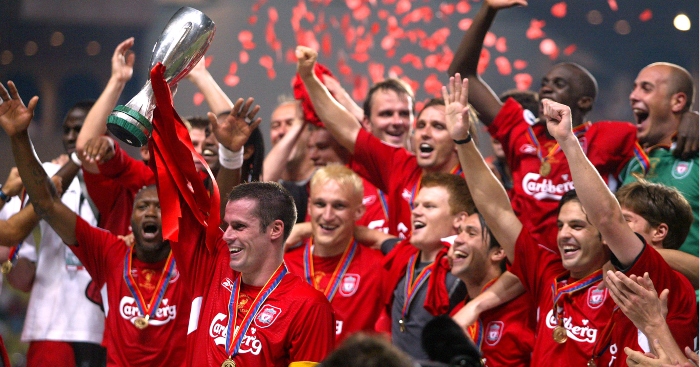 Liverpool had mixed success in the summer transfer window following their Champions League win in 2005 – but one of the definite hits was in the team when they won the UEFA Super Cup.

Rafa Benitez’s side followed up their famous success in Istanbul with a 3-1 win over CSKA Moscow in the European curtain-raiser ahead of the 2005-06 season, with Pepe Reina starting in goal having been brought in as the Reds’ new No.1 that summer.

Another new signing, Mohamed Sissoko, also made his debut off the bench, with Florent Sinama Pongolle also thrown on in the search for a winner. Here’s what happened to all 13 players to make it onto the pitch for the Merseysiders on the night.

Reina usurped one of the heroes of Istanbul in Jerzy Dudek as Liverpool’s No.1 under Benitez but was at fault for CSKA’s opener, rushing off his line to allow Daniel Carvalho to slot the ball into an empty goal.

The goalkeeper recovered from his shaky start, however, to become a fan favourite at Anfield.

After reuniting with Benitez at Napoli, Reina is now at AC Milan, where he serves as back-up to Gianluigi Donnarumma.

One of Benitez’s first signings as Liverpool boss, Josemi is best remembered at Liverpool for getting to the front of the celebrations in Istanbul, despite failing to appear from the knockout stages onwards.

The right-back left Anfield the following January and retired in 2016 after ending his playing career with Atletico Kolkata. He has since returned to his first club, Malaga, as a match delegate.

An imperious defender, and surely one of Liverpool’s greatest bargains, Hyypia has found life as a manager much harder since retiring as a player in 2011.

The Finn lasted less than half a season in charge of Brighton in 2014 and was sacked by FC Zurich towards the end of his debut campaign in Switzerland, with the side embroiled in a relegation battle they ultimately failed to escape. 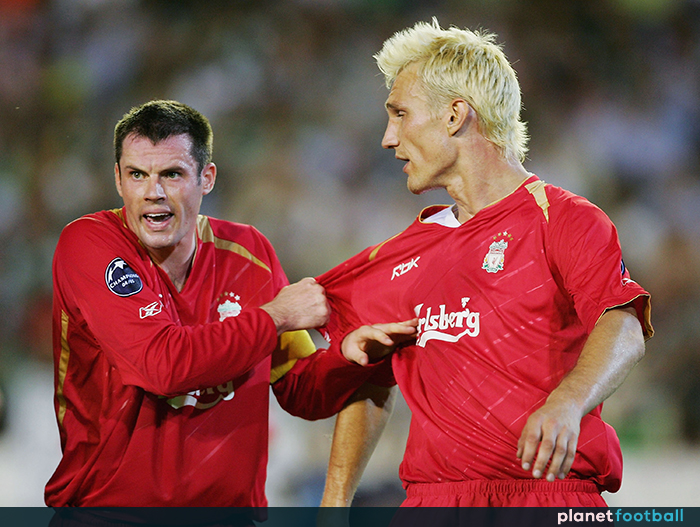 He occasionally retweets us, which is nice.

A surprise choice on the right-hand side of midfield, Finnan disappeared to obscurity upon his retirement in 2010, prompting the hashtag #FindSteveFinnan.

As it transpired, he just works in property development, which is a bit underwhelming.

A cult hero at Liverpool, Hamann was set to leave the club after the Champions League victory, only for Benitez to change his mind and offer the German a new one-year deal.

Having briefly come out of retirement to play for amateur outfit TuS Haltern at the age of 41, he is now a pundit following a brief spell as manager of Stockport County.

The absolute f*cking man. Alonso is now in charge of Real Sociedad’s B team.

Most people look back at his sublime passing, but we’d like to talk about his underrated goalscoring.

“Playing for Liverpool is something very special,” Zenden told us earlier this year, “with their fans, the history of the club, the way their fans are united with the players.”

The winger was in his first season at Liverpool after joining on a free transfer from Middlesbrough, but injury issues reduced him to 23 Premier League appearances over two years.

After spells coaching at Chelsea, where he worked once more under Benitez, and PSV, he is now a pundit.

Garcia may not have been the perfect player for Liverpool, but he will always be remembered incredibly fondly by supporters – mainly for his exploits in Europe.

The Spaniard scored a number of crucial goals in the run to Istanbul and also bagged in extra-time of the Super Cup.

He also now works as a pundit.

READ: Remembering Luis García at Liverpool – and a connection you can’t fake

Sadly, Liverpool did not sign the Morientes of his Real Madrid pomp, and the striker left Anfield at the end of the season to join Valencia.

He briefly came out of retirement in 2015 to play for Santa Ana in the Madrid regional championships and had a short-lived spell as manager of CF Fuenlabrada.

We had completely forgotten Sinama-Pongolle had a spell at Atletico Madrid after leaving Liverpool. He also had a spell at Dundee United more recently, which feels more apt.

Another summer signing, the first half of Sissoko’s CV looks pretty impressive as he moved from Valencia to Liverpool to Juventus to PSG to Fiorentina.

Liverpool’s hero on the night as he came off the bench to score a late equaliser before notching again in extra-time and provide the assist for Garcia.

After retiring in 2015, Cisse started playing again two years later, although his most recent move to Vicenza Calcio ended in controversy after the club failed to enter Serie D and struggled to pay their players.