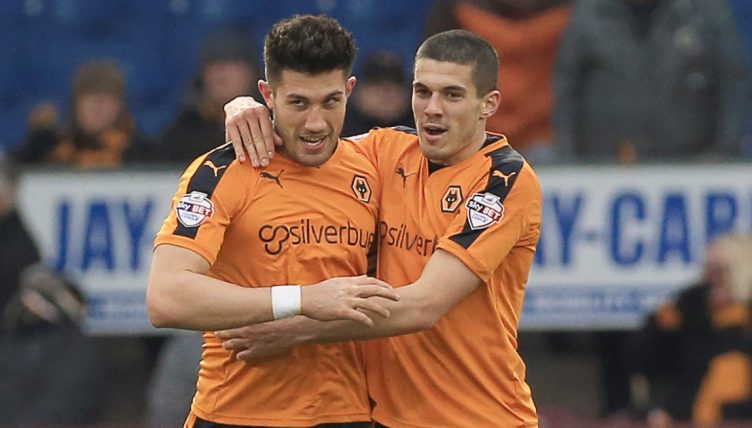 It’s fair to say a lot has changed at Wolves since the club was bought out by Fosun International Group in 2016.

In that time they have gone from the mid-table of the Championship to an established top-flight side, with a team featuring an array of international stars and challenging the Premier League elite.

To emphasise the transformation, we’ve taken a look at the final starting XI before the takeover – which came in a 2-1 victory over Sheffield Wednesday that secured 14th place in the Championship back in May 2016.

A Wolves hero, Ikeme was preparing for what turned out to be the club’s promotion season when he was devastatingly diagnosed with acute leukaemia in July 2017.

The goalkeeper overcame the disease but was forced to announce his retirement from the game one year after his initial diagnosis.

Speaking to the BBC in September 2018, the former Nigeria international said: “I am not sure what the future holds. I am unemployed and just taking it day by day.

“I would love to go and learn from the Nigerian FA. Come to Wolves and learn a little bit from them. Maybe do a bit of media work.

“I am not anxious to jump into something because being with my family is my priority at the minute. I wake up every morning happy to be here.”

In 2021-22, Jose Sa became the first Wolves player to wear the No.1 jersey since Ikeme’s retirement – something the former goalkeeper approved of.

With the probability of a new keeper joining us soon it would be nice to see somebody take that No.1 Jersey ! 🧤

Once considered a hot prospect at Wolves, Iorfa was capped by England at Under-21 level but was sent out on loan to Ipswich Town as the Midlanders won promotion under Nuno Espirito Santo.

The defender then joined Sheffield Wednesday in January 2019 and has since made 83 league appearances for the South Yorkshire side in the Championship and League One.

In a similar scenario to Iorfa, Batth was a fan favourite at Molineux as a local lad who captained the club.

But the centre-back began to be phased out under Nuno and was loaned out to Middlesbrough for the first half of 2018-19 season before joining Stoke City on a permanent deal that January.

He probably didn’t expect to be helping the promotion favourites fight against relegation, but Batth’s performances in the run-in were crucial in ensuring Stoke stayed in the division.

Batth went on to make over 100 appearances in the Potteries before signing for Sunderland in January 2022 and helping his new club to promotion from League One.

Few Wolves players in recent decades have cared more about the club than Danny Batth. A great captain who played an important role in Wolves' resurgence from League One to the Premier League and has represented the club and the city with pride on and off the field.

Another prospect who featured prominently for Wolves and was capped by England at Under-21 level, Hause made the move across the West Midlands in 2019 following Aston Villa’s promotion to the Premier League.

He’s found game-time limited following the success of the Mings-Konsa partnership at centre-back, and following the arrivals of Calum Chambers in January and the summer signing of Diego Carlos it seems his chances will diminish further.

He may decide now is the time to leave. Whatever happens though, Hause always has his rap career to fall back on.

Doherty operated at left-back on that day against Sheffield Wednesday but was briefly considered one of the best attacking right wing-backs in the Premier League.

The Republic of Ireland international took the top flight by storm and became a must-have on Fantasy Football between 2018 and 2020.

After signing for Tottenham in August 2020, Doherty deleted Twitter posts declaring his support for arch-rivals Arsenal in an actually-quite-funny promotional video.

He’s not been particularly consistent for Spurs and has plenty of competition for his spot with Emerson Royal and Djed Spence both now at the club.

The win over Sheffield Wednesday was one of only 18 league appearances Wallace made for Wolves before the winger was sent on loan twice to Millwall, eventually joining the club on a permanent deal.

He remained in south London until 2022, playing 260 times in total, before moving to West Brom at the end of his contract.

His replacement at Molineux five years ago went on to cement his reputation as a lower-league goalscorer before moving abroad. He’s had an incredible time in both Australia and India, and he told us all about it… 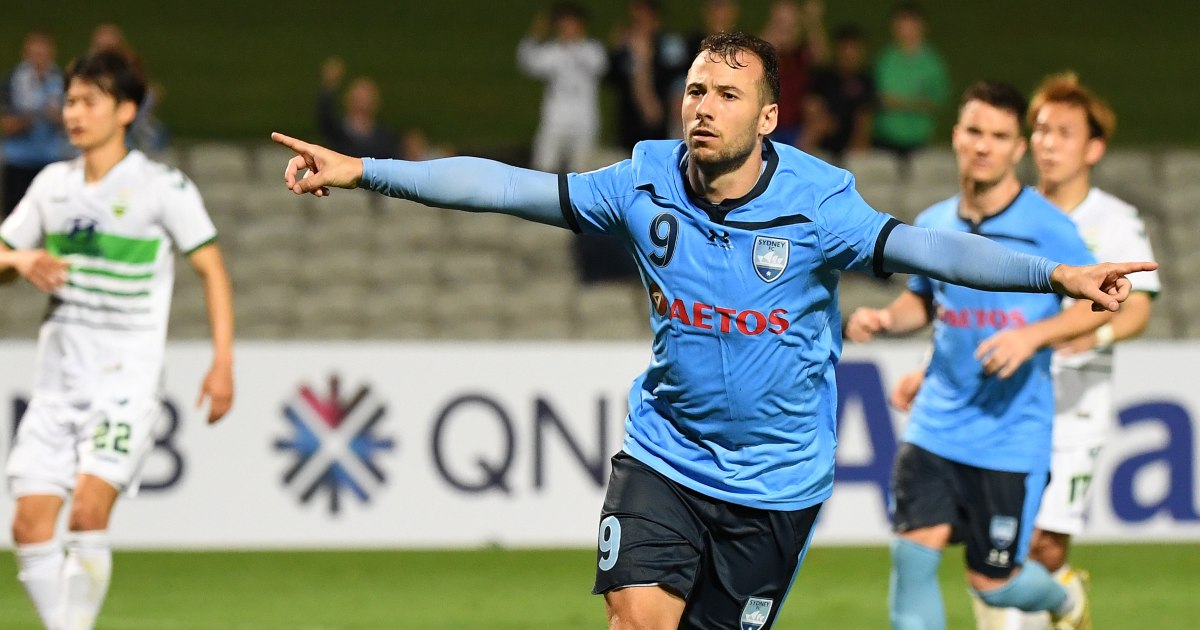 READ: Adam Le Fondre: ‘I was turning offers down for weeks to play for Neil Lennon’

Coady is the only player to continue in Wolves’ starting XI today. But, while the former Liverpool man played in central midfield that day, he now captains the side as a defender in a back three.

Coady’s transformation comes as no surprise to his former Liverpool team-mate Jack Robinson, who told us in 2018: “He has settled at Wolves and he has got that structure behind him now.

“They know exactly what he does and what he brings to the team. He is a captain and a leader. He’s the talker of the team. He always captained at every age group and England the same.”

Coady eventually gained international recognition, making his England debut against Denmark in September 2020 and he scored against Wales on his next appearance.

Though he did not play any games, he was dubbed England’s ‘player of the tournament’ at Euro 2020 by assistant manager Steve Holland for his positive presence in the camp.

An academy graduate, Price featured sporadically in the first half of Wolves’ promotion season before leaving for the sunnier climes of MLS outfit Colorado Rapids.

Rather brilliantly, upon crossing the Atlantic, the midfielder had to explain his nickname ‘the Shropshire Pirlo’, telling MLS’ official website: “They obviously see me as a bit of a Pirlo from Shropshire and I’m just happy to be in the same name as Pirlo, really.” You don’t say.

He’s lived up his own billing, mind. Price recorded 10 set-piece assists in the 2019 season, the most since David Beckham graced the MLS, and was named Colorado’s MVP for the 2021 campaign after taking the captain’s armband when Tim Howard retired.

A product of Chelsea’s youth system – he never actually appeared for the Blues’ first team, naturally – Saville spent three seasons at Wolves and was a goalscorer in that game against Wednesday but missed out on winning promotion with the club after being sold to Millwall.

After just one season at The Den, the midfielder earned an £8million move to Middlesbrough. Saville played 118 times for the club over three seasons before returning to Millwall in 2021.

After helping Wolves win promotion from League One, Henry was a regular for two seasons in the Championship but returned to the third tier with a transfer to Oxford United.

He almost helped them into the Championship, but a play-off final defeat to Wycombe in 2020 put paid to that dream.

Henry remains at the club and made 26 appearances over the 2021-22 season as United finished eighth in League One, just missing out on the play-offs.

We’re not saying Wolves’ attack has changed quite significantly, but between them, Henry and Mason mustered 25 goals in 146 appearances for the club.

Mason was one considered an exciting prospect at Cardiff City, memorably scoring against Liverpool in the 2012 League Cup final.

But his career stalled at Wolves as he was sent out on loan to Burton Albion, Colorado Rapids and Portsmouth.

He was released from his contract in January 2019 and had two semi-successful seasons at MK Dons. Mason now stars for Canadian club Cavalry FC following his move there in May 2021.

Edwards was a Molineux stalwart, spending nine years at the club and experiencing multiple promotions and relegations.

A member of Wales’ successful Euro 2016 squad, the midfielder left Wolves in 2017 and spent time at Reading and former club Shrewsbury Town.

Following his release from the latter in 2021, Edwards expressed a desire to play part-time football and signed for Welsh Premier side Bala Town.