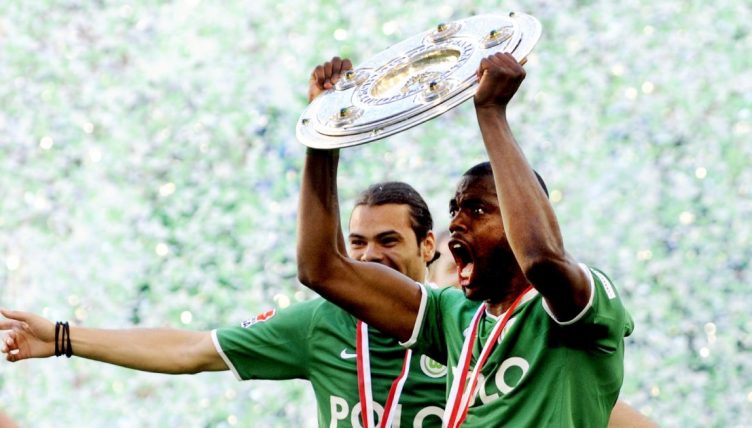 When Wolfsburg won their first-ever Bundesliga title in 2009, it surprised almost everyone – but the most surprising thing of all was that their star striker that season was Grafite.

Since the formation of the Bundesliga in 1963, there have been few more unlikely champions than VfL Wolfsburg.

Having first won promotion to the top flight in the late nineties, they have never been the Bundesliga’s most fashionable club, nor its most extravagant, nor successful.

Prior to the 2008-09 season, the closest they had come to winning major silverware was when they finished as runners-up in the DFB-Pokal in 1995.

Despite being given considerable financial backing by Volkswagen as the car manufacturer’s works team, they have never been in a position – in the common parlance of football fans – to ‘buy’ silverware like some of Europe’s more affluent teams.

Accordingly, it came as a shock to most onlookers when Die Wölfe claimed their first ever league title come the end of that glorious 2008-09 campaign.

They did so by finishing two points ahead of Bayern Munich, a club which had won seven titles in the previous ten years. 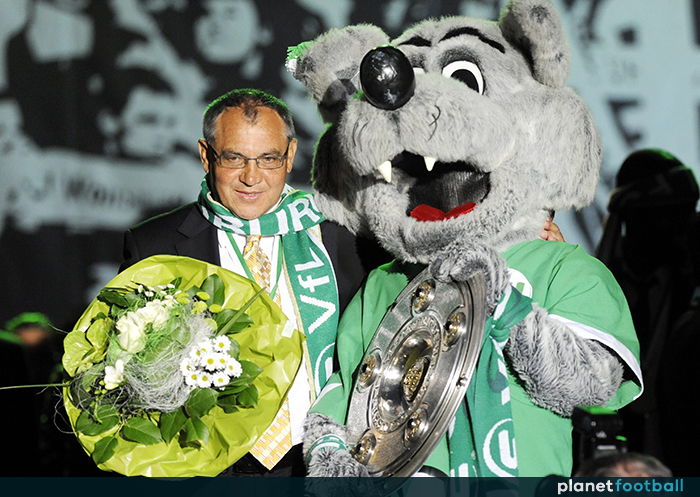 In 2007-08, as Bayern romped to top spot once again, Wolfsburg had finished fifth and were over 20 points off the pace. But they were on an upwards trajectory, masterminded by a man who had been Bayern boss as recently as January 2007: the iron-willed Felix Magath.

Prior to his disastrous spell at Fulham and his days advising footballers to treat injuries with cheese, Magath was a formidable and well-respected manager (if still supposedly unforgiving and authoritarian in his methods).

He had won two consecutive doubles at Bayern between 2004 and 2006, only to be dispensed with by the club after a poor run of results – a decision which he no doubt resented deeply.

Magath set about vindicating himself after joining Wolfsburg by whipping his new players into shape, turning a relegation-threatened side into an ambitious top-half outfit.

In his joint role as head coach and director of football, he also brought in a spate of new players, most notably hard-working midfielder Christian Gentner, industrious holding player Josué, arch creator Zvjezdan Misimovic, and strikers Edin Džeko and Grafite.

Džeko and Grafite in particular proved to be among the canniest acquisitions in the history of German football, bought from Czech club Teplice and Le Mans of Ligue 1 for around €4m and €5.6m respectively. 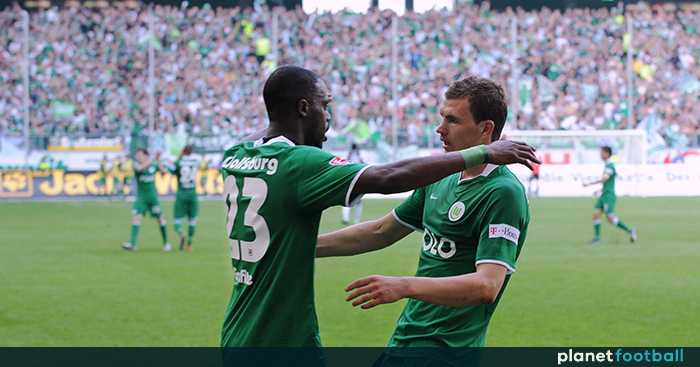 After bedding in during 2007-08, they went on to form the most prolific strike partnership ever to grace the Bundesliga. In Wolfsburg’s title-winning season, they scored a combined 54 league goals, one more than record holders Gerd Müller and Uli Hoeneß had netted for Bayern way back in the 1971-72 season.

That wouldn’t be the only thing Die Wölfe would take from Bayern that term – they would also rob them of their dignity in a famous game at the Volkswagen Arena, but more on that later on.

While Džeko was an up-and-coming talent whose 26 league goals that season cemented his burgeoning reputation, Grafite’s goalscoring heroics were rather more unexpected.

A former door-to-door salesman who hawked rubbish bags in his native São Paulo, the Brazilian came from humble origins both on and off the pitch.

Having first earned professional terms in his early twenties, Grafite was coming up to 30 by the time he joined Wolfsburg. His most prolific season previously had been with São Paulo in 2004, when he had scored 22 goals in all competitions.

Where Grafite’s 28 league goals that campaign came from, then, remains something of a beautiful mystery. 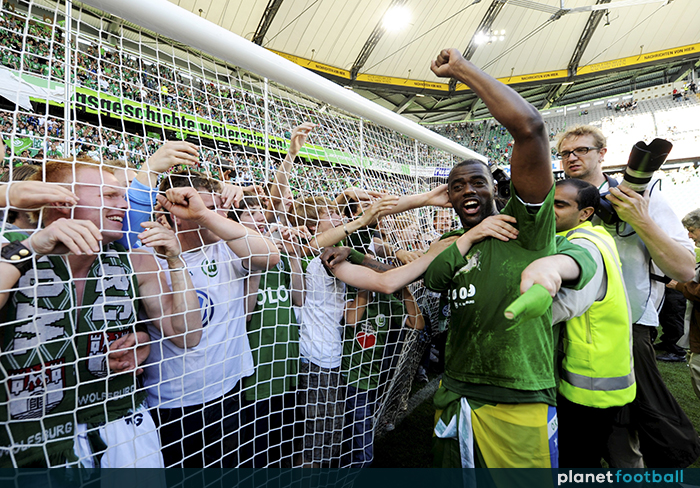 Clearly he thrived under Felix Magath’s harsh training regimen, hitting form at just the right time and thriving off his bubbling chemistry with Džeko. Along with Misimovic they came to be known as “the magic triangle”, and their creative partner deserves due credit for supplying a record 20 assists from midfield.

It was Grafite who was destined to be the face of Wolfsburg’s Bundesliga triumph, however, largely down to an unforgettable goal he scored against title rivals Bayern Munich.

Coming in the midst of a ten-match winning run and not long after a pulsating 4-3 win over Schalke, Wolfsburg’s home clash against Bayern was always destined to be titanic.

In the end, the Bavarians were sunk by five goals to one, the last of which turned out to be the goal of the season.

Receiving the ball out on the left with just over ten minutes to go, Grafite set off on an explosive run and propelled his way into the box with trademark power.

What happened next was scarcely believable. He dribbled his way through the entire Bayern defence and brazenly backheeled the ball in for a humiliating fifth.

This helped Wolfsburg win the league in 2009, the last time it was won by a team other than Bayern or Dortmund 👀 pic.twitter.com/inliF3NgCe

If that game arguably sealed the fate of Jürgen Klinsmann as Bayern boss, it also fired Felix Magath and co. on to the title.

Despite a couple of losses in the run-in, Wolfsburg were imbued with enough confidence to spur them to ultimate victory – even if it required another 5-1 win, this time over Werder Bremen, on the final day.

It was probably the highlight of Magath’s career in management, and sweet revenge over the club which had unceremoniously sacked him just over two years previous.

As for that unlikely hero, Grafite, he would never again be so prolific, moving on to Al-Ahli in Dubai a couple of seasons later.

Thankfully he had already written his name into Bundesliga folklore, or rather seared it onto our retinas with an absolutely scorching backheel.

A forensic analysis of George Weah’s solo goal against Verona