In one pirouette, Zidane showed why sometimes it’s better not to score 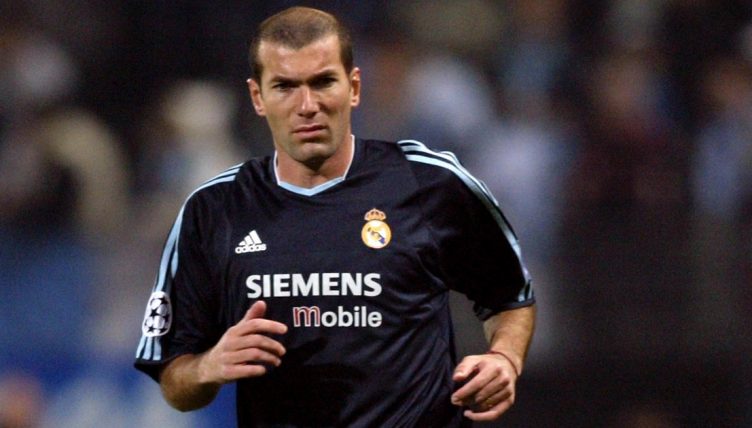 As tempting as it can be to obsess over the end result, sometimes the journey is just as important, and no one will tell himself that more than Zinedine Zidane.

A star of two World Cup finals for very different reasons, Zidane knows there are some who will judge his playing career by his final act rather than the events that preceded it.

However, two years and five months before his farewell at the World Cup final in Germany, an outcome which ensures his Panenka in the same game disappeared into irrelevance, he gave an even greater example of beauty before a fall.

The Galacticos hadn’t been at their best in the league, but they’d topped their Champions League group without losing a match. And besides, Valladolid were the sort of team they should have been more than capable of brushing aside.

Yet at half-time they trailed 2-0. Oscar with both goals.

But this was the era of ‘we’ll just score more than you’ though. Valladolid had scored twice at the Bernabeu in September as well, so Real Madrid hit seven, including one from Zidane himself.

The task was tougher at Estadio Jose Zorrilla, but not impossible. Ronaldo pulled a goal back within five minutes of the restart, and Figo equalised just after the hour mark. Then, with 15 minutes remaining, Zidane had his moment.

To focus entirely on Zidane’s roulette is to ignore the beautiful subtlety of Ronaldo, against a team he would end up part-owning more than a decade later.

This was the Brazilian’s best goalscoring season for Madrid, with 24 league goals and 31 in total, but few showed his class as much as his creativity here.

Valladolid defender Julio Cesar is fighting a losing battle from the moment he opens his eyes, attempting to marshal his compatriot while also dealing with where the ball goes next. That he doesn’t simply topple to the earth is an achievement in itself.

The centre-back is just a pawn, quietly moved out of place by Ronaldo to free the queen of Zidane and set up the endgame. The Real Madrid man has control of time, and everyone aside from Zidane is left kicking their legs just to stay still.

The roulette itself, though, is testament to the speed of thought which elevated Zidane above his peers. What you can achieve when you have all the time in the world is on a different plane to what’s possible when you have mere seconds to make a micro-decision, but there were times at which it felt like the scenarios were one and the same in his world.

Marcos, the defender who falls victim to the turn, can’t be blamed for his response. He’s reacting as if he isn’t on a football pitch, and – when you’ve witnessed close up something which should never be achievable in such an environment, the internal logic holds up.

Similarly, goalkeeper Albano Bizzarri can be forgiven for recklessly throwing himself at the feet of Zidane. There’s no way to prepare for the improbable – you just have to accept that instinct will take over.

READ: When the Galacticos took on the world: Real Madrid 3-3 FIFA All-Stars

The year after the Valladolid game, 17 cameras followed Zinedine Zidane around the pitch during a league meeting with Villarreal, for what later became a movie entitled Zidane: A 21st Century Portrait.

The status of a footballer as the star of a film can help remind us how often the game strays from its supposed script, even for those whose brilliance makes it look like they’re the ones writing it.

When Zidane rounds the goalkeeper and contrives to miss the target, one instinctively responds not with anger but with confusion. The set-up is so cinematic, so aware of the position of both opponents and cameras, that it tricks you into believing the finish comes first and the rest has been retrofitted in a way that guarantees the most beauty. It’s only when the finale fails to match the build-up that you realise your mind has tricked you.

The move is, if anything, made better by the fact that Zidane missed the target and Real Madrid needed a late Ronaldo goal to complete their comeback.

A simple finish would have added an air of robotic efficiency to the turn and denied it some of its human charm. Instead, by missing the mark, and reacting with such devastation, Zidane retains his humanity.

The fact that someone so visibly fallible is capable of such magnificence gives it an aura which a routine conversion could never provide. I’m glad he missed.

READ NEXT: The night Zidane, Dugarry and co. introduced themselves to Europe