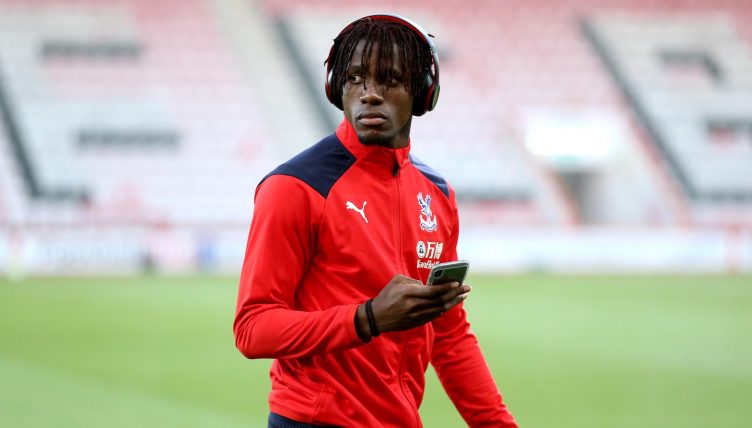 Just as football and video games are a perfect match, football and music have gone hand in hand throughout the beautiful game’s history.

Every year the FIFA soundtrack represents the perfect amalgamation of the trio, but when has the game nailed it most?

With FIFA 23 hitting the shelves this week, we’ve taken on the difficult task of ranking the top 10 since the game’s incarnation.

Ignoring the fact that it contained Avril Lavigne and the theme music was done by a band called Bedroom Rockers, Ms Dynamite – Dy-Na-Mi-Tee is a banger. Bonus points for a cover featuring Edgar Davids and Roberto Carlos, too.

A short soundtrack but suitably packed full of cheesy pop, just what any World Cup worth its salt needs.

Picture Ronaldo dancing through defences while listening to Ricky Martin’s La Copa de la Vida, and ruefully grimace while thinking about David Beckham’s red card against Argentina during Tubthumping by Chumbawamba – surely one of the most football songs ever.

The most recent outings have lacked many iconic moments, but kicking off a run of three editions in the 2010s is a flurry of upbeat guitars, featuring The Strokes, The Vaccines, The Hives and Kasabian.

It’s essentially a decent Saturday at Reading and Leeds Festival.

Once you’ve heard MGMT – Kids while playing FIFA it’s hard not to think it was written precisely to soundtrack a football video game. Plus, I’m Not Gonna Teach Your Boyfriend How To Dance With You by Black Kids is a nice reminder that Black Kids existed and released a really infectious song.

Completing an incredibly catchy offering is Black and Gold by Sam Sparro, Always Where I Need To Be by The Kooks and Open Your Window by Reverend and the Makers. FIFA favourites Kasabian, Foals, Hot Chip and Damian Marley are given more outings, while there is also a Tom Jones remix, obviously

It only had six songs on the whole soundtrack – but one of them is from Norman Cook, so it’s on the list.

An even more extreme version of ’99, the UK release only had two songs. Fittingly, one of those was Song 2 – quite possibly the most perfect tune to soundtrack a football game of all time, a track so high-octane it makes footballs explode out of a scoreboard in the intro.

As they often say, less is more.

The first of a mid-noughties trilogy with which EA peaked. Oasis shook out of their post-Be Here Now stasis with their album Don’t Believe The Truth – from which lead single Lyla features – as well as LCD Soundsystem’s scathing hit North American Scum.

With the mid-noughties exploding with indie music, 2005 was a Q and NME reader’s wet dream. Indie disco poster boys Franz Ferdinand featured with Tell Her Tonight, alongside the elder statesman of the scene in Morrissey.

Elsewhere, even the most ardent indie militant would have struggled not to find Take Your Mama by Scissor Sisters an earworm, plus Faithless, New Order’s classic Blue Monday and England’s answer to Bob Dylan, Mike Skinner, soundtracking every lads’ holiday with The Streets – Fit But You Know It.

Completing the triumvirate of EA killing the mid-noughties soundtrack, the 2004 vintage was one of the few to enjoy the past as well as highlight the current, and was a brilliant cross-section of all the music the fans on the terraces would have – and probably still are – been listening to.

With Alessandro Del Piero, Ronaldinho and Thierry Henry gracing the front cover, we were treated to classics such as The Stone Roses – Fools Gold and The Jam – Town Called Malice, as well as the more recent Kings of Leon – Red Morning Light and Jerk It Out by Caesars.

Not just for the guitar lads, the eclectic element was added by the likes of Asian Dub Foundation, Paul Van Dyk and Underworld. There was even a Dandy Warhols’ song which wasn’t Bohemian Like You.

Aptly, the game was released with the tagline ‘Create Brilliance’. Bravo, EA. We’re off to dance like Ian Brown now.