10 of the most memorable manager sendings-off: Wenger, Moyes, Vivas… 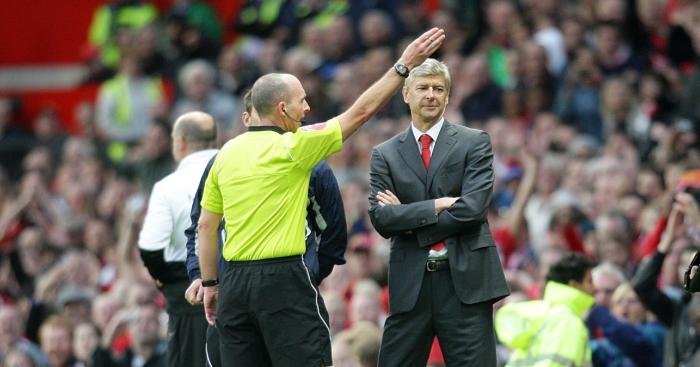 Managers can be sent to the stands for all manner of incidents – as Arsenal, Chelsea and Newcastle United bosses have found out in the past.

It is an enjoyable sight, seeing a manager bemused as they are sent to the stands, wondering where to go or what to do in an unfamiliar situation.

And from throwing the ball away to headbutting an opposing player, there are plenty of reasons a manager could be sent off. Whether for the incident itself or the ensuing thought of “well, what now?”, here are some of the best times it’s happened in the past.

Sevilla’s manager was sent to the stands in his side’s Champions League group stage match at Anfield in 2017 after throwing the ball away not once but twice.

Berizzo said after the game that the second offence was an attempt to “do the sportsmanlike thing” and “make up” for the first-half incident, which occurred when Liverpool were on a counter attack.

Unsurprisingly, the referee didn’t buy it.

Sent off for remonstrating with the fourth official throughout Chelsea’s clash with Cardiff in 2013, Mourinho clambered over the bench to take up a seat just eight rows behind the dugout.

The now-Manchester United manager continued to gesticulate before celebrating his side’s third goal with the supporters.

OMG morinho is sitting next to me wtf!!!!! pic.twitter.com/wFGQBbjykQ

Jose Mourinho did it in Soccer Aid as a joke, but Cultural Leonesa coach de la Barrera didn’t fancy Albacete going on the counter in this Spanish second tier match so casually dragged the ball out of play.

Ever thought to yourself “what if a player-manager gets sent off?” No, us neither, but here’s what happens.

Gillingham boss Hessenthaler wasn’t best pleased when his side went 3-0 down to Cardiff in 2003, and was told to leave the touchline. Heading down the tunnel, his assistant called him back and substituted him on immediately.

The next season, he was handed a touchline ban for confronting a referee after a game so when named as a substitute he was forced to sit among the fans and warm up alone, behind the goal, in front of a rowdy Leeds following. 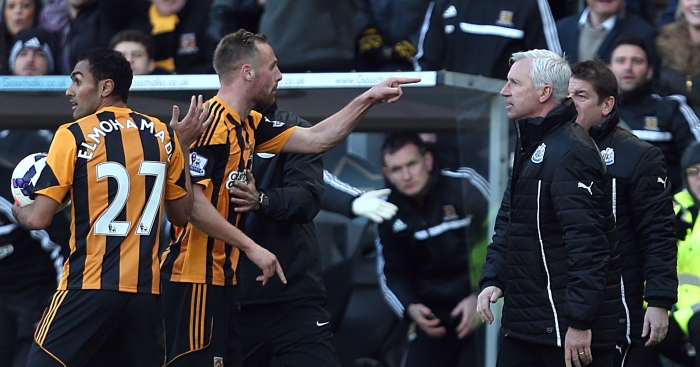 Not happy when his Roma side conceded a penalty to Juventus – for a foul which appeared to be outside the box, Garcia was sent off after playing an imaginary violin to the referee.

Juve were awarded another similar penalty later in the match, leading the manager to remark: “It’s a shame that the penalty boxes are 19 yards here.”

Perhaps the only memorable part about his stint at Real Sociedad was Moyes getting sent off and then eating a fan’s crisps.

Want to stop a counter but can’t quite make the tackle in time? Just throw another ball onto the pitch.

Diego Simeone sent off for stopping Malaga's counter attack. How? He threw another ball on the pitch 😂😂https://t.co/kQmy0hl8Na

The former Arsenal defender’s two-year spell in charge of Estudiantes ended in 2017, but not before this incredible reaction to being denied a penalty, as he was sent off before tearing his shirt off in a fit of rage.