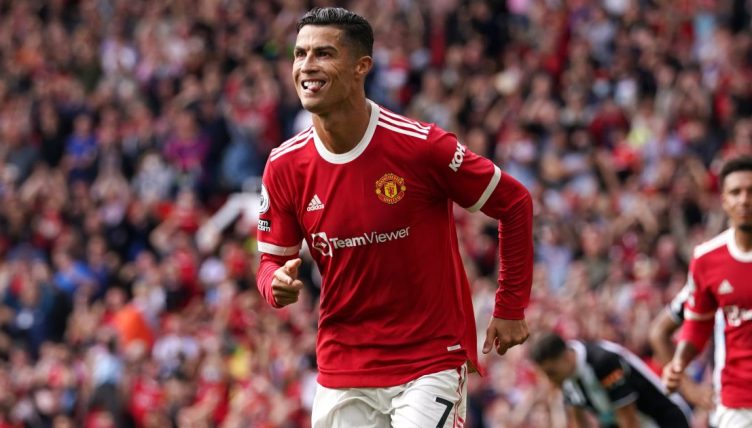 Cristiano Ronaldo enjoyed the perfect return to Manchester United, scoring twice in their 4-1 win over Newcastle United at Old Trafford.

Ronaldo opened the scoring on the stroke of half-time and then restored United’s lead after Javier Manquillo had equalised for the away side.

“I don’t think so,” Ole Gunnar Solskjaer said when asked if he had any doubts about Ronaldo’s effectiveness. “He does what he does. Cristiano lifts everyone, gets everyone so focused when he’s around the place, he puts demands on himself which puts demands on his teammates and demands on us, and that’s why he’s done so much in his career, he’s been so disciplined.

“He’s evolved, he’s a developed as a player, he’s a different type of player to when he left but he’s still a ruthless and clinical goalscorer, and he smells the big moments. He scents when there’s a goal.”

The forward was unsurprisingly named Man of the Match and we’ve listed 11 stats from his impressive performance.

– Having left United for Real Madrid in 2009, Ronaldo has now broken the record for the longest gap between Premier League appearances.

– Despite only having eight touches in Newcastle’s box, the Portugal international was still able to score twice.

– Ronaldo had six shots at Old Trafford and scored with both of his two shots on target.

– He has moved to 44th in the all-time list of Premier League top-scorers, overtaking Carlos Tevez, Louis Saha, Eden Hazard and Fernando Torres.

– Ronaldo’s first strike saw him become the only player to score 30+ goals in 15 consecutive calendar years. He has also scored in 20 different seasons.

– During the run that he made for his second goal against Newcastle, Ronaldo hit a top speed of 20.2 miles per hour.

– The forward recorded an 87% pass accuracy, completed 17 passes in the final third and also created one chance in the 4-1 win.

– Ryan Giggs and Paul Scholes are now the only players to score a Premier League goal at an older age than Ronaldo.

– The 36-year-old couldn’t make it another hat-trick against Newcastle but has now scored 200 braces in his career.

– He is the first United No.7 to score two goals in a Premier League game at Old Trafford since Ronaldo in April 2009.