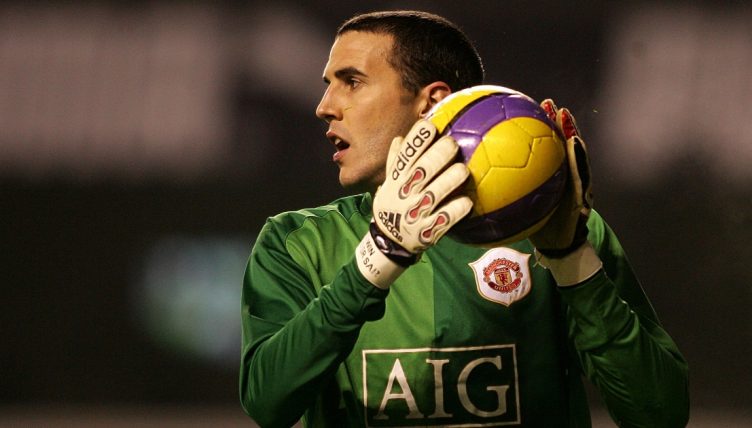 Watching an outfielder play as a goalkeeper is one of football’s most puerile joys – and Manchester United, Manchester City, Tottenham and Leeds United players have all taken the hit for our personal enjoyment.

Professional footballers normally look like modern-day superheroes with athleticism we can only dream of, at least until one of them is asked to go between the posts.

Here are some memorable examples of outfield players donning a goalkeeper’s kit.

We’re not sure what’s weirder, that O’Shea once scored a chip against Arsenal at Highbury or that he played in goal at White Hart Lane – flapped at crosses, continued making tackles, wore a shirt three times too big for him and laughed at the whole thing?

Neil Warnock is not a fan of using a place on his bench for a back-up goalkeeper, leading to Jagielka standing in on a number of occasions during his Sheffield United days – most memorably in a 1-0 win over Arsenal.

Radebe’s display for Leeds United at Old Trafford only enhanced his legend in West Yorkshire.

There are certain players you just know are going to stick their hand up in times of need. When Manchester City needed a hero, of course it was Quinn who stepped up to the plate.

Only one solution to Manchester City's potential goalkeeping crisis, and that is Big Niall John Quinn pic.twitter.com/Wni4fIhk4i

Ferdinand could not quite match Quinn’s heroics when he had to don the gloves in Manchester United’s FA Cup quarter-final clash against Portsmouth.

Moti went in goal in the last minute of extra-time in Ludogorets’ Champions League qualifier against Steaua Bucharest in 2014. The tie headed to penalties, and you can guess the rest.

Standing at six foot seven, Koller was an obvious choice to go in goal for Borussia Dortmund when Jens Lehmann was sent off. And he unsurprisingly fared quite well.

He just loves seeing the ball hit the back of the net.

When Harry #Kane was a goalkeeper 😁 pic.twitter.com/kDS1vzNXcS

When Arsenal sent promising youngsters Lansbury and Jenkinson out on loan to West Ham, they probably didn’t expect the duo to be used as auxiliary goalkeepers.

He conceded three in a 6-1 defeat to Newcastle, but to be fair, it could have been worse were it not for Jones.

Atalanta faced seven goalkeepers in the Champions League in 2019-20. Walker was the only one to keep a clean sheet. We can only imagine Niall Quinn was watching on like a proud dad.

Undoubtedly the highlight of AFCON 2021.

Comoros left-back Chaker Alhadhur was forced to go in goal for their AFCON last-16 tie with Cameroon.