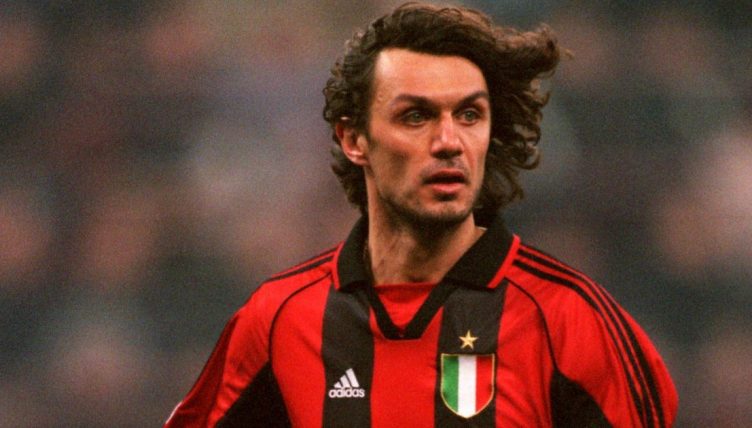 Footballers often comment about how difficult it is after hanging up their boots – so it’s perhaps unsurprising that several have gone on to play different sports.

Having spent 15 or more years training and playing with a big group of team-mates, it’s understandable that many footballers miss the camaraderie of the dressing room after hanging up their boots.

Losing the buzz of competition can be hard to take, too – so what better way to scratch that itch by taking up another sport? Here are some players that have done that, plus some who did it while they were still playing football.

Cech called time on his football career at the end of the 2018-19 season, and though he returned to Chelsea as a technical and performance advisor, he clearly missed the buzz of competitive sport.

So he decided to sign for National Ice Hockey League team Guildford Phoenix – as a goaltender, of course.

Cech played ice hockey growing up and has been a fan of Guildford Flames since first arriving in England in 2004 so, even after two decades in football, it’s something of a dream come true for the 37-year-old.

“After 20 years of professional football, this is going to be a wonderful experience for me to play the game I loved to watch and play as a kid,” he said.

Quite possibly the greatest defender of his generation, in 2017 Maldini qualified for a professional tennis tournament – the Aspria Tennis Cup, in Milan, of course, with his doubles partner and coach Stefano Landonio declaring: “He does not have any weaknesses.”

If that was the case then maybe Landonio should take the blame for the duo being beaten 6-1, 6-1 in 42 minutes.

Batistuta will always be remembered as one of the most lethal goalscorers in world football.

Despite ending his career amid chronic pain due to injury problems with his ankles, Batistuta quite literally got back on the horse by taking up polo in 2009.

After scoring two goals on his debut for the Loro Piana polo club, the Argentine was typically driven. “It’s very difficult, but I hope to improve a little bit at a time,” he told Argentine television. “I’m a bit annoyed because I didn’t play well, but I will keep trying.”

Less than a year later he was lifting the Copa Stella Artois, which sounds likes the trophy your dad won with his pub’s darts team.

Not content with winning five league titles, the Champions League, the World Cup, the European Championships and a plethora of various cups as a footballer with Bordeaux, Bayern Munich and France, Lizarazu became Jiu-Jitsu European champion in the Blue Belt Senior 1 Light Division.

Patrice Evra should probably have been more careful when he called the former left-back a “tramp”.

Everyone’s favourite jelly-legged Champions League winner, Dudek retired in 2013 and promptly swapped the football pitch for the racing track, where he now competes in endurance races.

“Motor racing was my passion before football,” he told LFC TV. “I raced go-karts but of course that stopped when I became a professional footballer. When I quit football I also missed the adrenaline you got from playing.

“Now I’m taking in new tactics about cars, about different tracks. Of course, there are times when I ask myself why I’m doing this; I have a wife and three kids at home – a very nice life, and when you lose control or focus in the car you can really get into trouble.

“But you need passions in life – they are what keep you going. Motor racing gives me a lot of joy and I’m loving it.”

We really miss Dudek, by the way.

Like Dudek, Canizares finished in football to move from between the sticks to behind the wheel.

The Champions League winner, who spent most of his career with Valencia, took up rally driving. He has since taken part in a number of Valencian Community rallying championships.

Considered one of Leeds United’s finest goalkeepers, Nigel Martyn was probably one of England’s unluckiest goalkeepers, having to sit behind David Seaman in the pecking order.

The former gloveman has gone back to cricket in his retirement, a sport he was keen on in his younger days, playing as a wicketkeeper for Leeds Modernians in the Aire Wharfe League.

What to do when you’ve been given the summer off by the England manager? Head home and knock a new bat in, obviously. Cue jokes about wicket keeping.

The former England number one took to the cricket field in Shrewsbury while England took on Sweden in the World Cup quarter-final, scoring six runs.

“Joe Hart gets absolutely dealt with by Harry Kane & then there’s the comeback of all comebacks!” 🎥 – @SpursOfficial@nassercricket on Spurs’ cricket skills & @markbutcher72's short ⚽ fuse!

Let’s not get into a debate about whether WWE is a sport or not here. Let’s just not.

Wiese became a Bundesliga stalwart in his seven years at Werder Bremen, winning two cups, while he also earned six caps for Germany in the process and was part of the squads for the 2010 World Cup and Euro 2012.

After hanging up his boots he bizarrely made sporadic appearances as ‘The Machine’ in WWE, saying ahead of his debut in 2016: “I don’t really see wrestling as an escape, it’s an alternative to becoming fat and sitting on the couch.”

Goalkeepers just can’t give up.

In the summer of 2017, despite intense speculation regarding his future at Inter, Perisic appeared relaxed, competing in a professional beach volleyball competition.

“This was always my dream, I have been playing beach volleyball since I was 10. I’m very passionate about this game and every summer I have been practicing with my friend,” Perisic said after representing Croatia at the Porec Major event.

“I’d like to thank everyone who has given me the opportunity to play with the best beach volleyball players in the world. It felt amazing – even though I lost.”

One of the most influential goalkeepers of all time, ‘the Black Spider’ became the only stopper to receive the Ballon d’Or in 1963.

Yashin also represented the Soviet Union at ice hockey and bandy, unsurprisingly also as a goalkeeper.

As a coach, Arena’s name is synonymous with USA soccer.

As a player, he only earned a solitary soccer cap but was part of the national lacrosse team which triumphed at the 1974 World Championships.

Best known for the 1986-87 campaign in which he scored 49 goals in all competitions for Tottenham, Allen spent a year as the London Monarchs’ placekicker in NFL Europe in 1997.

“It was bloody scary when I got out there I tell you that!” Allen told the Evening Standard last year, while backing NFL fan Harry Kane to make a similar transition later in his career.

“You try to relate it to something you would do in a football match, but there’s more pressure than there would be even taking a penalty because you’ve got players flying at you trying to stop it.”

No, it’s not an Alan Partridge show idea. It’s very real and just the thought of Grant Holt wrapping a steel chair around your head is a terrifying one when you look at the man.

It’s a prospect some poor sod has already faced, with Holt making a wrestling debut in 2018 and winning a 40-man Royal Rumble event. Terrifying.

In September 2017, Ferdinand, one of the most decorated English footballers of all time, announced he would attempt to become a professional boxer.

The chance to prove myself in a new sport was a real draw,” Ferdinand said. “Boxing is an amazing sport for the mind and the body. I have always had a passion for it and this challenge is the perfect opportunity to show people what’s possible.

“It’s a challenge I’m not taking lightly, clearly not everyone can become a professional boxer, but with the team of experts Betfair are putting together and the drive I have to succeed, anything is possible.”

The man Rio Ferdinand would love to emulate, Woodhouse was only ever a journeyman midfielder in truth (please don’t tell him we said that) but impressed as a boxer, winning British light-welterwieght title in 2014.

Woodhouse commented on Ferdinand’s decision: “If he’s fit and passes all the medical checks, good on him. He would be under huge pressure, but I bet he’s missed that buzz.”