12 former Man Utd players to speak out against the Glazers: Neville, Rio… 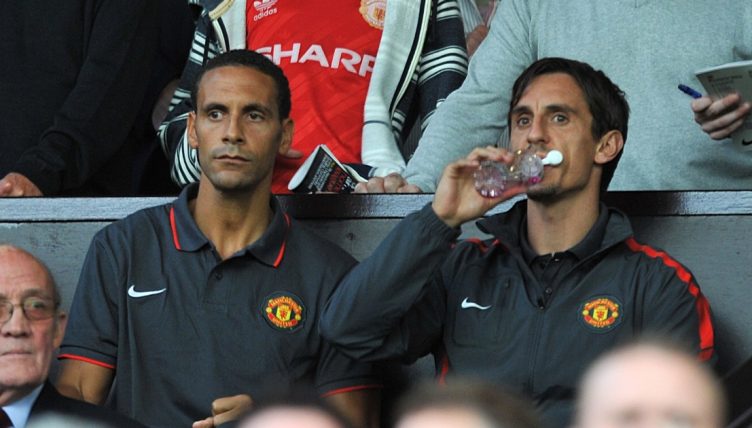 There are few people that have ever been quite so universally disliked at one football club as the Glazers have been during their time with Manchester United.

The Americans took over the club in 2005 after slowly buying out the shares of other stakeholders, borrowing vast sums of money and plunging United into debt for the first time in over 70 years.

But what about the players? We look at the former United stars who have spoken out against the Glazers.

“The club needs to stop being so arrogant,” the Frenchman said of those running the club back in 2020.

“Before us, Bobby Charlton, George Best, they make the history of the club and we try to respect it — the Treble season of ’99 and us in ’08. But some people want to blow this legacy away. For what? Business? I think some people who work for this club are damaging this club. That’s why we have to tell the truth to the fans.

“The only problem I would say to Ed is trusting people he should never trust.”

Neville was completely in his element after news of the Super League started to break last year, delivering passionate calls for fans to unite on Sky Sports three days in a row.

“We obviously don’t know why the timing is now, the leeches could’ve thrown him under a bus, there’s no doubt about that,” Neville told Sky Sports after it was announced Ed Woodward will resign from his role as executive vice-chairman at the end of 2021.

“Ed Woodward is the trunk of the tree, we now need to go for the roots. I said last night I felt complicit, they’ve declared their hand, while they were peacefully sat at the club not making a statement, never showing their hand, never doing media conferences, yeah they were taking money out of the club, yes they’ve leveraged against the club, there’s nothing that they could do about that once the club became a PLC.

“The Glazers have no place in Manchester anymore.”

🗣 "Forget allegiances, forget who you support, they are scavengers, they need booting out."@GNev2 says every football fan needs to come together to stop the 'European Super League' pic.twitter.com/Ggv0gxpFL8

“I’m with the fans. I can’t be any other side of the line,” said Ferdinand on his YouTube channel following the fan protests that resulted in the postponement of the Premier League fixture against Liverpool in May 2021.

“I’m not condoning violence but these fans have been shunted to one side. You treat them like that, you get a response.

“You think that an apology is going to do the job? That it’ll be swept under the carpet. It’s not. What these guys (the Glazers) did was an absolute liberty.

“If they ever thought that would happen then they’re even more detached from realism than I thought at the beginning. If you want change in any industry, protest happens. If you’re surprised, you’re crazy.

“I stand shoulder to shoulder with the fans and with my hand on my heart, I can’t say the fans were wrong. The owners were the ones who got it wrong.”

Parker, who won every domestic trophy on offer during his time with United, was damming of those running the club in an interview with The Express in 2019.

“At this moment in time, everything that’s going on above the manager’s head is shocking. The stories are coming out all the time. It’s becoming a hard world for everyone,” he said. 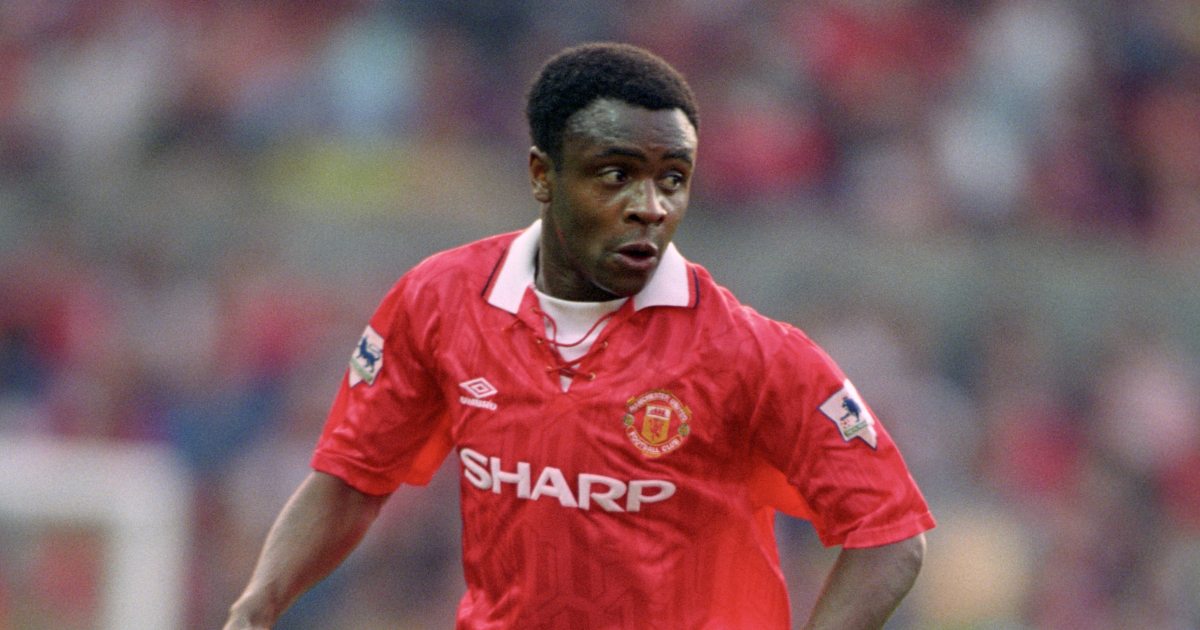 “I don’t think an apology is too great anyway if I’m honest. I think what happened should never have happened,” the Class of ’92 member told Sky Sports following the European Super League saga.

“What happened is the worst case of bullying in my opinion, from powerful people, so whether they apologise or not is irrelevant to me really.

“I think that’s how some of these businessmen work. They work in the shadows if you like and they do what they think is right, but I think the shocking thing is they can’t have empathy for the fans who make this sport so great.

“Without the fans, the sport is nothing, and to not be on board with what the fans want, that’s the alarming thing for me.”

The former goalkeeper tore into the club’s owners in an interview with talkSPORT back in 2012, bemoaning their lack of ambition in the transfer market.

“Man United don’t have the power they once had,” he said. “That’s quite evident. Whatever way you look at it, it must come down to how the club is structured financially.

“The Glazers are servicing a huge amount of debt and, when you have to do that, it ties your hands behind your back. Sir Alex Ferguson has said it’s not the right time to buy and there’s no value, but he can say what he likes.

“There are players in the market that, had they paid a little bit more money, they could have ensured they are in the hunt for every trophy available.”

Back in 2005, as the Americans took control of United, Cantona told The Mirror: “Glazer is nothing in comparison to Manchester United. I love the club but I don’t like it with him in charge.

“I don’t like these kind of people who are involved in the game. I will fight in whatever way to get Glazer out of this club. Glazer could pay me €100million to be manager and I still wouldn’t go there.”

He also gave a scathing review of the European Super League when the news broke.

Eric Cantona speaks out against the Super League. pic.twitter.com/Ju9VcoV0dU

“It’s disgraceful and a huge shame what is going on with the debt,” Sharpe said in an interview with Goal back in 2010.

“The hard work carried out by Sir Alex Ferguson and everyone at the club over the last 20 years is at threat.

“United have been winning titles galore, building the club up into a force. The Glazers have undermined all this hard work and stole its thunder.”

For Beckham, it was not what he said but what he did.

When AC Milan travelled to Manchester for a Champions League clash in 2013, United fans gave their treble-winning magician a rapturous reception.

After the game, with Milan beaten 4-0, a green and gold scarf was thrown at the midfielder’s feet as he left the field. The scarves were frequently seen around Old Trafford at the time as a way of protesting the Glazers’ ownership by reverting to the colours of Newton Heath.

Beckham picked the scarf up and wrapped it around his neck as he left the field. Although he later claimed that he meant nothing by the gesture, it is hard to believe he did not know the meaning behind the scarves.

Shortly after leaving Old Trafford for PSG in 2019, the Spanish midfielder revealed that he never felt that those running the Red Devils prioritised football.

“At the club, there were times when I felt that football was not considered the most important thing,” he said in an interview with So Foot.

“That does not come out of my mouth (that money was the priority). I don’t know, but football was not the most important thing in Manchester.”

When news of the Super League broke, Herrera was one of the first players to publicly condemn the plans as well, saying that owners such as the Glazers were stealing the game from its creators.

He said: “I love football and I cannot remain silent about this, I believe in an improved Champions League but not in the rich stealing what the people created, which is nothing other than the most beautiful sport on the planet.”

The former captain hasn’t been shy of speaking his mind when it comes to where United are going wrong, though he tends to focus on the on-pitch problems and the players when working as a pundit.

However, following United’s 2-1 defeat at home to Brighton on the opening weekend of the 2022-23 season, Keane did suggest that Erik ten Hag hasn’t received enough backing from the club’s owners.

“There’s huge issues there and that’s what we’re talking about, a rebuilding job,” Keane told Sky Sports. “He needs time. A bad start from today, give the man a chance. Give the man money, he needs to recruit, he mentioned before the game about culture, there’s issues at the top – there were more protests at the club from the supporters today. So big, big problem at United.” 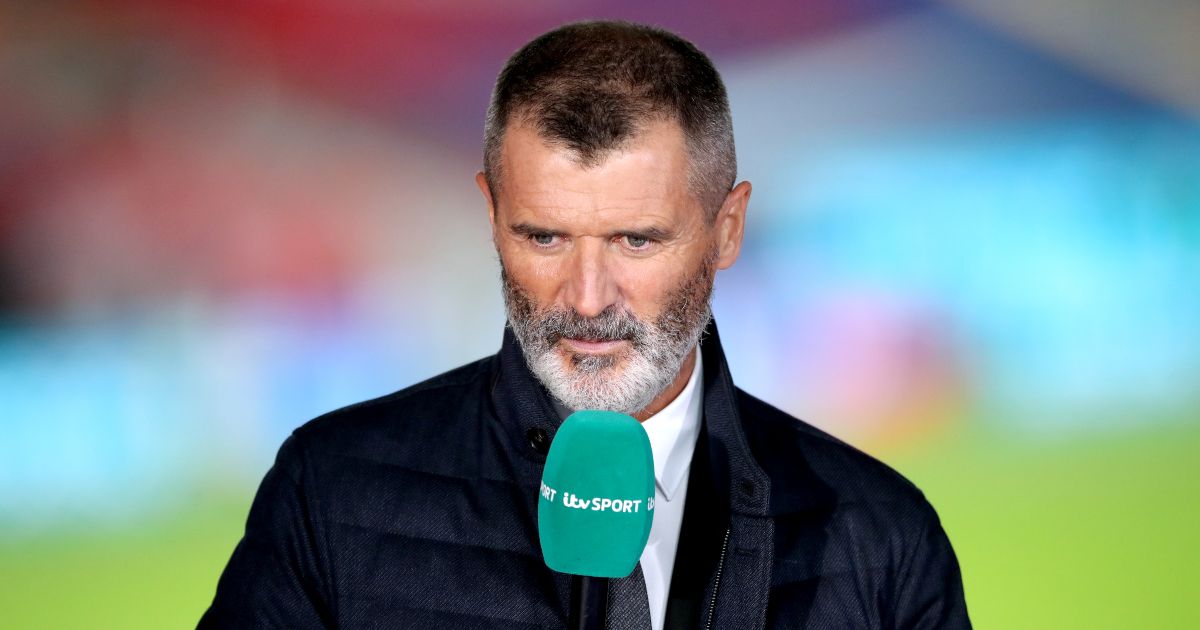 Scholes has notably been less critical of the Glazers than some of his former team-mates, but he did throw some fire in their direction for their decision to appoint Ed Woodward to a senior football role.

“The most important thing for the fans now is what happens on the football pitch and if you look at the last four or five years at Manchester United; the resources, the money that this club has had, and it’s not won a trophy for four years. It’s absolutely ridiculous,” the legendary midfielder told BT Sport.

READ NEXT: Six great players the Glazers refused to pay the money for at Man Utd

TRY A QUIZ: Can you name Man Utd’s XI from their 1999 UCL victory over Juventus?