10 great quotes on Barcelona’s Pedri: ‘He’s the best talent in the world’ 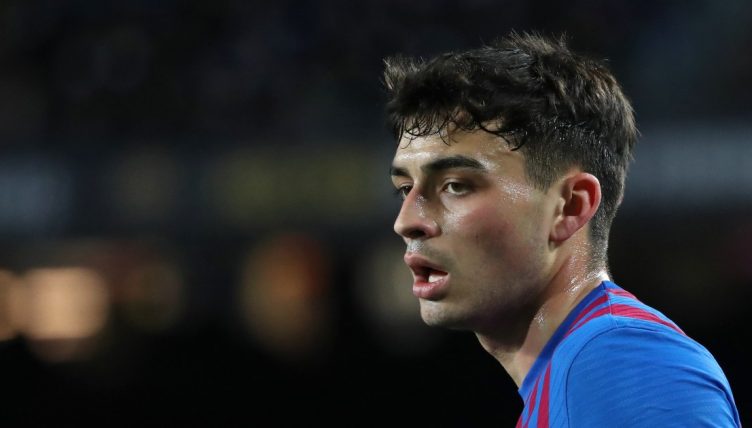 They say that it is in the darkest moments when heroes emerge, and for Barcelona, it appears Pedri may well be their saviour.

The 19-year-old, whose full name is the rather impressive Pedro Gonzalez Lopez, has thrived this season since his return from a prolonged injury and has helped Barcelona find some of their best form of the season so far.

He has been hailed as everything that Barcelona are meant to be; dazzling with his dribbling, precise with his passing, and sensational with his shooting.

Xavi has entrusted the Spaniard, along with a whole host of other La Masia graduates, to answer the call in Barcelona’s hour of need, and Pedri has responded emphatically.

So here are some quotes from 10 important names which sum up why Pedri is already so beloved at the Nou Camp.

– “It’s how he understands the game, goes between the lines and goes behind the midfield pivots,” Xavi told Marca after the youngsters brilliant display against Athletic Bilbao in February 2022.

“He reminds me a lot of Andres Iniesta. If we’re talking about pure talent, Pedri is the best [prospect] in the world. He is a wonderful player. I haven’t seen many talents like him.”

– “He gives us a break, he doesn’t lose the ball, he’s both footed… he’s superlative,” Xavi said in February 2022. “What he does, how he turns, the tempo… it’s fantastic. He’s top level and he’s only 19 years old. He makes the difference in the game. It’s wonderful to have him. He comes on for half an hour and is transcendent.”

– “He shows a brutal football maturity, decision-making is always good and that is the most difficult thing in football,” the now-Barcelona manager said last year to MundoDeportivo.

He is intelligent, he is surprising with how old he is. I predict a brutal future for you [Pedri]. It is an innate talent, you have to take advantage of it and enjoy it.”

😳 “If we talk about pure talent, he is the best player in the world. He reminds me a lot of Andres Iniesta.”

🙌 Xavi believes that Pedri, based on pure talent, is the best player in the world. pic.twitter.com/vkJs0CPcZO

“Has anyone noticed what an 18-year-old boy named Pedri has done in the Euros?”, Enrique told Marca as translated by Football Espana.

“Not even don Andres Iniesta has done it. What Pedri has done in these Euros I have never seen with an 18-year-old, not from anyone in the Euros, World Cups, Olympic games, it’s something away from all logic. I’m delighted that many more are aboard the Pedri bandwagon.”

“Pedri and Iniesta are two very different players. Pedri must be allowed to continue making mistakes. I think what’s important is that Pedri continues to resemble Pedri, which is already good enough to start every game for his club and be called up by the national team.”

“It is clear that Pedri has a lot of potential,” Iniesta said of the young man who has been compared to him endlessly, according to the International Champions Cup.

“I believe that he is in an ideal place to continue developing, to continue expanding his ability. I wish him the best and the important thing is that he is calm, that people also leave him alone, because he is young and has everything ahead of him.”

– “He is a young player who listens and works hard and a great future awaits him. Mentally, he is very tough because if he was not, then he would not have survived this very demanding last 12 months,” Koeman told BarcaTV in 2021.

– “Pedri’s Euros was phenomenal, at 18 and knowing the season he had with us, he played almost all the games completely and his maturity is impressive,” he said on another occasion to the same source.

“His football keeps improving and he’s a very good and calm boy. He’s a phenomenal lad. He lives for football. He’s an example of how to be a young player at Barca.”

“Messi sees something in Pedri, maybe even something of himself,” The Guardian Journalist wrote after Barcelona’s 1-1 draw with Sevilla in December 2021.

“On Tuesday night it felt as if Pedri, superb lately, was confirmed as a candidate to lead Barcelona’s future.

“There have been good players at Barcelona but not all have had that blessing nor been themselves, the pressure too great, unable to adapt. Just look at the current team. Pedri, by contrast, seems unfazed.”

“Pedri directs an arsenal,” AS Journalist Sanit Gimenez wrote in his headline after Pedri’s display against Athletic Bilbao.

Prior to Lionel Messi’s departure, Giminez also described Pedri as “a Christmas gift for Messi, a scandalous player who at last provides him with a partner.”

That idea of Pedri and Messi being similar was one shared by current Barcelona player Lenglet.

“They are two good players, and good players understand each other well,” Lenglet said, before Messi left.

“Pedri plays with his head, thinks faster than the rest and has a good connection with Messi because he’s also intelligent.”

“He played a fantastic season for Barcelona. He is only 18, we cannot forget that. He is a special talent and I think he will be a special talent in the near future,” Fabregas told TalkSport in 2021.

“There goes a millionaire who doesn’t know it,” Mel, Pedri’s manager at his boyhood club Las Palmas, said according to BarcaTimes.

“He’s not going to score 15 a season but everyone will grow around him. He knows exactly what every one of his teammates needs and always makes good decisions.”

Of course, we have to hear from the man himself.

“I am a player who likes to pass the ball a lot and have the ball as well,” he said after joining Barcelona.

“I have to improve in front of goal. I think I can bring my dribbling to Barca, I always try even if it does not always work. Above all I like to pass and move, something Barça do a lot.”