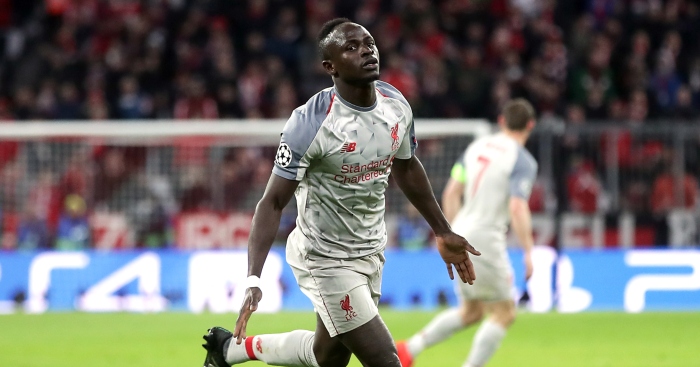 Sadio Mané has been an integral part of Liverpool‘s attack since joining the Reds from Southampton in 2016 – and the stats back up the impact the forward has made at Anfield.

We’ve rounded up 10 of the best stats about a player it’s impossible not to love.

– No player has scored more away goals in the Champions League for Liverpool than Mané, who took his tally to seven with his brace against Bayern.

– Mané can hardly be accused of being a flat-track bully. Nine of his 13 Champions League goals have come in the knockout rounds, scoring against the likes of Bayern Munich, Real Madrid and Manchester City.

– If you take away penalties, no player has scored more Premier League goals than Sadio Mané’s 16 this season.

– Since Mané joined Liverpool, only Mo Salah (64) has scored more than his 52 goals for the club in all competitions.

The touch. The turn. The finish.

This Sadio Mané goal gets better with every watch 😍#NoFilterUCL pic.twitter.com/iHzly3pEU2

– Since joining Liverpool, Mané has contributed 20+ goals and assists in all competitions in each of this three seasons.

– In fact, you have to go back to 2011-12, when Mané was just breaking through into a Metz side which was relegated from Ligue 2, for the last time the forward failed to contribute 20+ goals and assists in all competitions in a single season.

– Since Jurgen Klopp arrived as Liverpool boss, Mané has scored the third most goals and provided the fifth most assists for the Reds.

– With 60 Premier League goals, Mané is the highest scoring Senegalese player in the competition’s history, 17 clear of his nearest challenger Demba Ba.