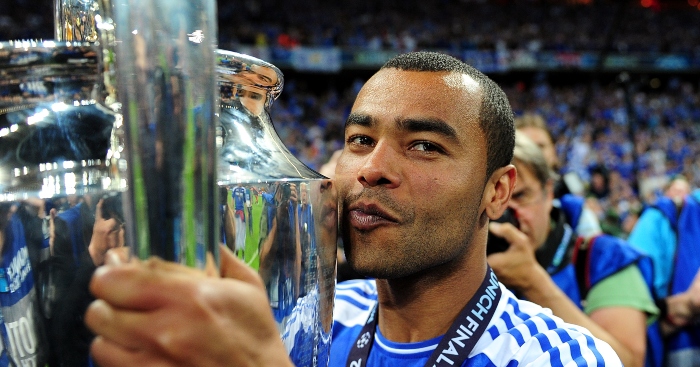 During a transfer window, clubs will use all sorts of different tactics to get a player they want – and every now and then they’ll propose a swap deal.

The deals are notoriously difficult to complete and rarely come to fruition because it requires two players both agreeing to go in the other direction.

However, there are exceptions, and here we remember some of the best and most memorable deals.

By 2009, Ibrahimovic and Eto’o were two of the best strikers in the world and playing for two European giants in Inter Milan and Barcelona.

The Spanish club had just won the treble with Eto’o scoring in the Champions League final, but Pep Guardiola still wasn’t content and gave Inter £35million plus Eto’o to land Ibrahimovic.

Guardiola may be one of the best managers of all time, but he got this one badly wrong. Eto’o transformed Inter, helped them beat Barca in the Champions League semi-final, and then led the Italians to a treble of their own in 2010.

Meanwhile, Ibrahimovic didn’t quite get on with his new manager and left after a year in Spain.

“Guardiola was staring at me and I lost it,” said Ibrahimovic.”I thought, ‘there is my enemy, scratching his bald head!’

“I yelled: ‘You haven’t got any b***s!’ and worse than that I added: ‘You can go to hell!’ I completely lost it, and you might have expected Guardiola to say a few words in response, but he’s a spineless coward.” Yikes.

Inter may have got the better deal when swapping Ibrahimovic for Eto’o, but they haven’t always been that savvy.

Seven years earlier they surprisingly allowed Dutch playmaker Clarence Seedorf to join their rivals AC Milan. In return they were getting Francesco Coco, a promising full-back who was tipped to be Paolo Maldini’s heir.

Seedorf won another two Champions League and Serie A titles with Milan, but Coco struggled with injuries and retired at 30 to work as an actor in Hollywood. We bet Inter are regretting that one. 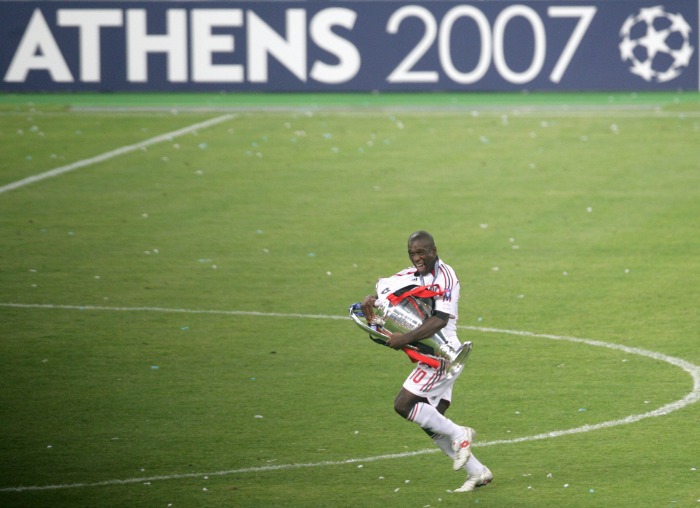 William Gallas was so desperate to leave Chelsea in 2006 that he reportedly threatened to score an own goal if selected. Across London, Ashley Cole admitted that he nearly crashed his car in disgust after ‘only’ being offered £60,000 a week by Arsenal.

Rather than put up with them, Arsenal and Chelsea eventually agreed to swap the two troublemakers with the Gunners receiving an additional £5million, and that seemed like a fair deal at the time.

However, Chelsea turned out to be the real winners as Cole established himself as one of the best left-backs in the world, winning the Premier League and Champions League at Stamford Bridge.

Gallas, on the other hand, won nothing at Arsenal and is best remembered for his public tantrum against Birmingham in 2008.

This one worked out alright for both parties. After West Ham were relegated to the Championship in 2003 they were never going to keep hold of promising striker Jermain Defoe for long.

West Ham agreed to sell Defoe to Spurs for £7million in February 2004, but they also got Bobby Zamora as part of the deal.

Zamora’s goals, including the winner in the Championship play-off final, guided the Hammers straight back into the Premier League, while Defoe hit the back of the net 64 times in 177 appearances for Spurs between 2004 and 2008.

The striker spent a year at Portsmouth before returning to White Hart Lane and scoring another 79 goals for the club, including five in one game against Wigan.

ON THIS DAY: In 2009, Jermain Defoe became just the third player in Premier League history to score 5 goals in a single game.

Rather than giving a talented young player a chance, Chelsea decided to spend £20million and also use Nemanja Matic as a makeweight to bring David Luiz to the club in 2011.

The Brazilian centre-back became a fans favourite at Stamford Bridge, helping the club win the Champions League and FA Cup before joining PSG in 2014 and then returning to Chelsea two years later.

Matic would go on to be a success in Portugal and Chelsea fixed their mistake by bringing him back to the club in 2014 before selling the midfielder again in 2017. They clearly can’t make up their minds on him.

Fans were shocked when Newcastle United agreed to sell star striker Andy Cole to Premier League rivals Manchester United in 1995 for £7million. However, the move came with a stipulation, United would have to include Keith Gillespie in the deal.

“We went into the toilets at Bramall Lane and Ferguson cut to the chase,” said Gillespie. ‘I’ve put this bid in for an English striker with Newcastle, and the only way the deal will go through is if you go there. Do you want to think about it?’

“I just about managed to mutter a yes. ‘There’s no pressure. Just have a think and we’ll talk about it after the game.’

Cole went on to win pretty much everything at the club, forming an iconic partnership with Dwight Yorke as United won the treble in 1999. Meanwhile, Gillespie became a key figure for Newcastle but was never able to topple his former club.

On this day in 1995, Man Utd snaffled Andy Cole from Newcastle for £7million big ones + Keith Gillespie. He went on to do things like this. pic.twitter.com/FZf1aIwAsD

After winning the Champions League with Porto and helping Portugal reach the European Championship final in 2004, Deco of the most coveted players in Europe.

A year earlier, Deco’s compatriot Ricardo Quaresma had joined Barcelona, but the young prodigy couldn’t live up to the hype and flopped in Spain before refusing to play under manager Frank Rijkaard.

The Spanish club then sent Quaresma back to Portugal along with £13million to sign Deco.

Quaresma did OK at Porto but never hit the heights that he was capable of, while Deco fulfilled his potential and won two La Liga titles and the Champions League.

You’d think Inter Milan would have learnt their lesson after the Seedorf and Coco disaster, but clearly not. Just two years later they were agreeing to swap the imperious Fabio Cannavaro for Juventus’ back-up goalkeeper, Fabian Carini.

Cannavaro soon established himself as the best defender in the world and formed an incredible defence in Turin alongside Gianluigi Buffon, Lilian Thuram and Gianluca Zambrotta. The Italian also became a World Cup-winning captain and won the Ballon d’Or in 2006.

Remarkably, Carini was the third-choice goalkeeper at Inter and only made four appearances for the club in three years before joining Spanish club Real Murcia. Quite possibly the strangest deal in history. 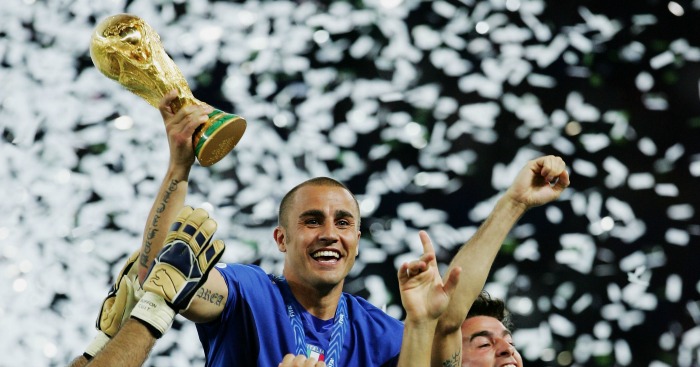 READ: Can you name every member of Italy’s 2006 World Cup-winning squad?

Yep you guessed it, it’s Inter Milan again. They bloody love a swap deal and in 1996 they agreed to give Real Madrid £1million and young full-back Roberto Carlos for striker Ivan Zamorano.

Inter thought they were getting a good deal as Zamorano had been a prolific striker in Spain and while he did well in Italy, he is perhaps best remembered for wearing 1+8 on his shirt.

However, the biggest problem for Inter was that Carlos became one of the best left-backs in the world, winning La Liga four times and three Champions Leagues. A catastrophic mistake from the Italians.

Inter can get it right sometimes, and even before making Barcelona look silly and signing Eto’o, they were already the champions of the 2009 transfer window.

The deal paid off for Inter as they won the treble that season with Motta and Milito playing an integral part of their success. Strangely enough, Genoa sold Bonucci the following day and the other players didn’t make much of an impact so there’s a clear winner here.