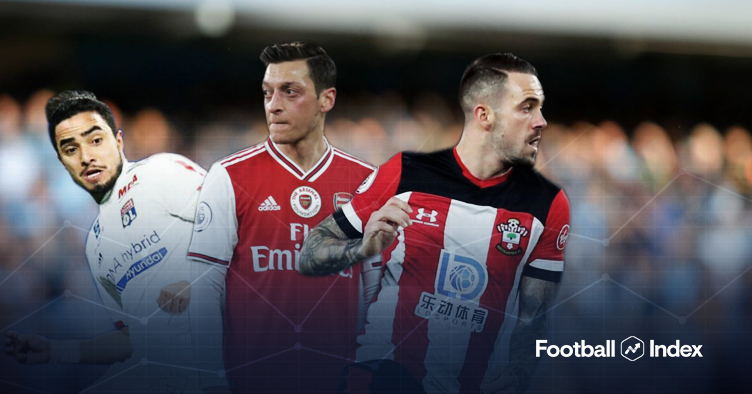 Everyone loves a bargain. Just look how busy Poundland is at literally all times.

And we’re no different – particularly in January.

So we thought we’d take our scrimpy ways to the Football Index player charts to see what little gems we could find.

Here are 10 players who could see their price rise over the coming months.

The former Manchester United man has fallen down the pecking order at Lyon this season, and as such the French club have reportedly offered him to a number of Premier League sides.

One of these is West Ham, who have Ryan Fredericks injured and Pablo Zabaleta seeing the years catch up with him.

David Moyes knows Rafael from his ill-fated time at Old Trafford, and he could prove an astute signing.

The speculation around the Brazilian’s move will likely see his price rise from the bargainous £0.25 it sits on at the moment.

It’s extraordinary to think that Banega is still only 31 years old.

Over 500 career appearances for the likes of Valencia and latterly Sevilla – and a further 65 for his national side – have seen the Argentine become one of the game’s most respected playmakers.

Banega’s value dropped over the summer as rumours of a return to his native country were mooted – he’s currently available to buy at £1.00 per share – but having affirmed he wants to stay in Andalusia, he should be primed for a climb as 2020 unfolds.

After all, he was priced at £1.34 just two months ago, and in his last eight La Liga outings, he’s racked up two goals and four assists.

With Football Index rewarding players who perform well on the pitch – in the form of matchday dividends – Banega could be a shrewd purchase.

When you’ve paid £40million for a striker who doesn’t score, there’s only so long you can wait before looking for a replacement.

Newcastle’s Joelinton has notched just ONE Premier League goal this season – back on August 25 – and has barely looked like scoring since.

As such, boss Steve Bruce is reportedly looking to bring in another forward from the Bundesliga – this time, RB Leipzig’s Lookman.

The former Everton man’s second stint in Germany hasn’t quite gone to plan, and with the promise of more game time with the Toon potentially on offer, he could well be tempted into a move back to England. At £1.24, he’s worth a punt.

If it feels odd to call Saliba a Gooner – he’s never actually played for Arsenal – but he will be soon.

With Arsenal suffering an injury crisis in defence – Calum Chambers and Kieran Tierney are among those currently on the treatment table – Mikel Arteta may see fit to recall Saliba from his season-long loan to Saint-Etienne and plunge him into Premier League action.

And if that happens, his current value of £1.29 will surely only go one way. Particularly if he has a similar impact to the one he had last year with Les Verts.

Bayern Munich head coach Hans-Dieter Flick is said to be blocking Alaba’s possible departure to Chelsea in January – but we’ve seen that ruse before.

Pretend you don’t want to sell, drive up the offer and make the club more money for your own incomings.

Time will tell if the 27-year-old Austrian ends up at Stamford Bridge, but valued at just £1.02 and with Blues boss Frank Lampard known to be in the market for a left-back, it’s surely worth a gamble.

When Arteta was inaugurated as Arsenal boss before Christmas, the future immediately looked a good deal brighter for Ozil, who had been praised by Arteta several times when the two were team-mates.

And having started all five games of the Spaniard’s nascent reign, it would seem Ozil figures heavily in his plans.

Playing in his favoured No.10 role, behind the prolific Pierre-Emerick Aubameyang, makes Ozil (£1.32) prime matchday dividend material, and with fixtures against the likes of Burnley and Newcastle to come in February, he could make you some nice gains. 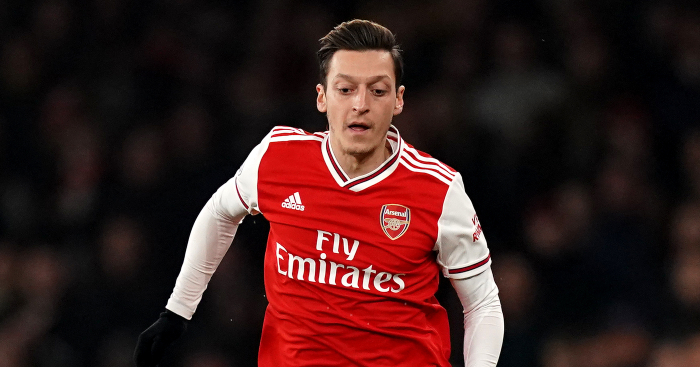 Can David Moyes be the man that gets Haller soaring?

The Frenchman’s credentials weren’t in doubt when he arrived in the Premier League – he represented his country at every level from under-16 to under-21 and has largely scored one in two wherever he has been – but that hasn’t been borne out so far at the London Stadium.

Until now. His acrobatic finish against Bournemouth on New Year’s Day was not only reminiscent of previous goals he has scored but also a sign of a player feeling his confidence – that was so shorn under Manuel Pellegrini – coming back.

And for that reason, his current price of £1.41 could look a steal if he starts streaking up the Premier League goalscoring charts.

Selected in the Confederation of African Football Team of the Year, a Ballon d’Or nomination, a big-money transfer to the Premier League…?

The latter, while it hasn’t happened yet, seems to only be a matter of time, with the classy Senegalese relentlessly linked with a host of top Premier League clubs.

His eventual destination has looked like Manchester for a while – with both red and blue clubs interested in him – but don’t bet against Chelsea making a dash into the market now their transfer ban has been lifted.

From a low of £1.09 in late September, Koulibaly is up to £1.50 now and would almost certainly surge if a Premier League move was confirmed.

And if it doesn’t happen in January, it surely will in the summer.

Everyone wants a reason to go and sit in the toilets at work for 10 minutes (sorry, 12 mins 31 seconds to be precise) – so here’s one:

‘The [insert nationality] Messi’ is not a phrase we’re fond of, but it does at least give an indication of the esteem Benrahma is held in by fans and pundits alike.

Doing all this for Brentford in the Championship means he is attracting attention from the cherry pickers of the Premier League, and Aston Villa are rumoured to be raiding Griffin Park with a £20million offer this transfer window.

At £1.41, he should be attracting your attention too. Him and Jack Grealish lining up together would be some prospect for Villa fans as they seek to avoid the drop.

Looking back at Ings’ career, you have to wonder what might have been without injury,

But at 27, he’s hardly over the hill and is going some way to making up for lost time.

But it’s not too late to get involved, and if he keeps scoring then even that will still look like a snip.