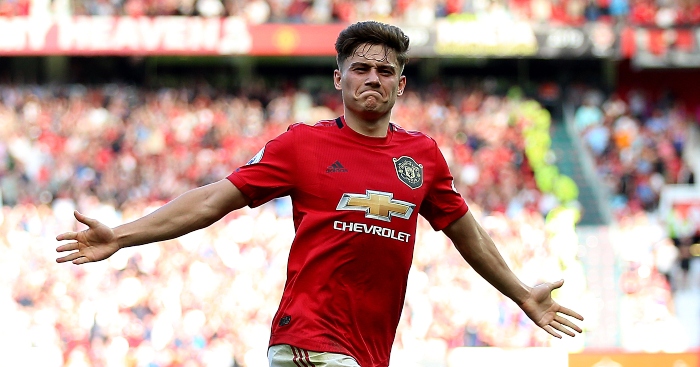 There have been plenty of splashy signings, including Tanguy Ndombele at Tottenham, Rodrigo at Manchester City and Nicolas Pepe at Arsenal, but it’s some of the less high-profile arrivals who have made the biggest impact.

Newcomers from the three promoted sides have caught the eye already and there have also been some memorable debuts from academy graduates and more astute arrivals. Here are 10 Premier League debutants who’ve done brilliantly so far.

Players to finish as top scorer in the Championship have rarely shone when making the step-up in the past, but the prolific Finn is bucking that trend.

Goals haven’t come as freely in recent weeks for the injury-ravaged Canaries, but Pukki made a hell of a start. He scored six goals in his first five games, including a hat-trick against Newcastle and another in a 3-2 win over Manchester City.

He also scored four goals in his last four games for Finland, who look set to qualify for the European Championships for the first time in their history.

Longstaff’s Premier League career might amount to just one game so far. But what a bloody game it was.

The 19-year-old put in a brilliant shift alongside his older brother Sean in the centre of midfield against Manchester United. The siblings worked their b*llocks off, covering more distance than anyone else on the pitch as Newcastle ran out 1-0 winners.

Matty capped it off by scoring the match-winner from outside the box, having hit the bar with a long-range effort in the first half, swarmed in the celebration by Big Andy Carroll and his older brother, with Steve Bruce watching on from the sidelines like a proud uncle. Gloriously Geordie.

Matty Longstaff, on his Premier League debut, playing next to his brother Sean, does this. Pure joy. pic.twitter.com/JszkCBf8Y9

People scoffed in the summer when Manchester United were linked with a £50million move for McGinn, but it’s not looking quite so ridiculous now.

The Scotland international has done brilliantly in Aston Villa’s midfield so far this season, scoring three goals and looking particularly good pulling the strings as his team thrashed Norwich 5-1 away. He cost less than £3million from Hibernian last year –  what a bit of business.

The Hammers have famously struggled to sign strikers over the past decade. Dozens have flopped during the Gold & Sullivan era, so fans could have been excused for not getting their hopes up when breaking their transfer record to sign Eintracht Frankfurt striker Sebastian Haller.

It’s early days, but it could well turn out to be £45million well spent, as things look very promising. The Frenchman has four goals from seven Premier League appearances so far and consistently looks a handful up top.

It’s been a thoroughly miserable season so far for Ole Gunnar Solskjaer, as Manchester United have made their worst-ever start to a Premier League season, sitting 15 points behind old foes Liverpool already.

But one shining light has been the performances of Daniel James. The Welsh prospect signed from Swansea has stepped-up faster than anyone might have anticipated, looking more than comfortable at Premier League level, with three goals so far, making him their joint top scorer.

Having just made his international debut, 19-year-old Aaron Connolly might just turn out to be striker that the Republic of Ireland have been crying out for ever since Robbie Keane retired.

After some cameos from the bench, he marked his first Premier League start with a pair of goals, including one stunner, against Tottenham as Brighton ran out deserved 3-0 winners on the day.

How easy was that for the young debutant? pic.twitter.com/fYMGY3cJnY

Consistently brilliant in recent years in the Championship, Norwood has had to bide his time to get an opportunity in the top flight, having helped Brighton and Fulham get promoted before doing so with Sheffield United.

He’s taking that opportunity now, as Chris Wilder’s Blades look far from overawed. He’s been an ever-present in midfield as they sit 13th in the table, level on points with Manchester United.

The Chelsea manager has given lots of opportunities to younger stars that were out on loan in the Championship last term, with Mount starting alongside Fikayo Tomori, Reece James and Tammy Abraham against Lille in the Champions League.

Mount’s performances in the Blues midfield have seen him rewarded with an England debut by Gareth Southgate. He’s started all eight league games for Chelsea so far, scoring four goals.

It was natural for Liverpool to send out Harry Wilson out on loan at a higher level after his star turn for Derby last season, and he doesn’t look out of place at Bournemouth.

He’s already scored three goals, two of which were trademark long-range efforts. The free-kick he scored against Manchester City, in particular, was special.

Leicester City’s push for the top four has largely been built upon a core of proven Premier League players, with Youri Tielemans joining permanently after impressing last year and Ayoze Perez joining after proving his usefulness with Newcastle.

Dennis Praet from Sampdoria looks like a handy addition, though. He’s taken to the new league like a duck to water, looking like a tidy, incisive passer that’s capable of bringing the ball forward with his dribbling ability.